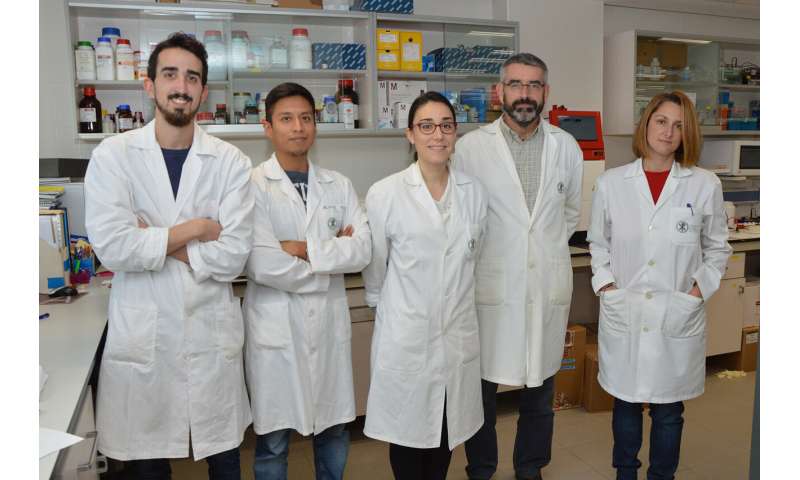 Researchers Ángel Cantero and José Gallego, from the Structural and Computational Biochemistry laboratory of Valencia’s Catholic University (UCV) have jointly published a research article in Nucleic Acids Research on their progress in the fight against the hepatitis C virus.

In the article, Cantero and Gallego describe a new distal interaction mechanism among two foldings of RNA which are essential for the virus.

“The interaction among both foldings happens through an unexpected mechanism which involves a helix comprised of bonded bases instead of a loop with unbonded bases, and possibly results in the creation of a new type of RNA-RNA complex,” explain the researchers.

They add that “this interaction blocks an important dimerisation sequence, and contributes towards regulating the replication and synthesis of proteins by the virus.”

The discovery of this interaction mechanism can also facilitate the identification of new functional distal RNA-RNA contacts in other viruses and organisms.

Thus, Gallego said that, beyond hepatitis C, “these developments are very important because other viruses that have been causing severe epidemics, such as the Dengue, Ebola, AIDS, Zika or Chikungunya, are also made out of RNA.”

“Several of these agents are transmitted to human beings through arthropods, and due to climate change, they are currently expanding to countries of our surroundings, and in many cases, there are no effective treatments or vaccinations for these infections, as the variability of their sequences complicate prevention,” he added.