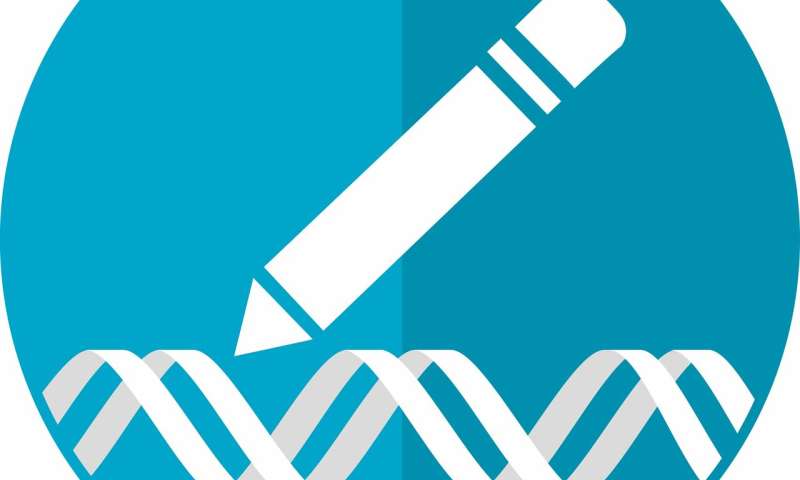 Scientists at Christiana Care Health System’s Gene Editing Institute and NovellusDx, an Israeli biotechnology company, have deployed a breakthrough CRISPR gene-editing tool to successfully engineer multiple edits simultaneously to fragments of DNA extracted from a human cell, according to a new study published today in The CRISPR Journal. The tool can rapidly reproduce, in a human DNA sample, the unique and complex genetic features of an individual patient’s cancer tumor.

The findings are the result of a collaboration between the Gene Editing Institute and NovellusDx, supported by the U.S.-Israeli Binational Industrial Research and Development (BIRD) Foundation, to develop new approaches to personalized cancer care. NovellusDx plans to integrate these CRISPR-edited DNA samples into its proprietary cancer diagnostic technology as part of a diagnostic test that aims to improve treatment decisions. The company believes DNA samples that have been edited to present the precise genetic make-up of a patient’s cancer tumor can be used to rapidly screen multiple cancer drugs-and identify the course of treatment likely to produce the best outcome for the patient.

“We believe the breakthrough achieved in our in-vitro CRISPR-based parallel mutagenesis technology can significantly improve our ability to identify driver mutations and provide insights that allow physicians to quickly choose a very precise course of treatment for their patients,” said Shaul Barth, Ph.D., senior scientist at NovellusDx. “This could be how the first wave of the CRISPR revolution makes its way to patient care, by powering better diagnostic tests that produce much more informed and effective treatment decisions.”

This latest advance from the Gene Editing Institute and NovellusDx consolidates its groundbreaking work pioneering new approaches to editing DNA extracted from a human cell, first described last year in a separate study also published in The CRISPR Journal.

“Our first study raised the potential for accomplishing multiple edits simultaneously,” said Eric Kmiec, Ph.D., director of the Gene Editing Institute and principal author of the study. “In this study we actually did it; we showed that it’s possible to extract DNA from a cell and engineer mutations to multiple genes in a single process that requires only a day to complete. With this tool, we can use a DNA sample as sort of a blank canvas, where we can reproduce an individual patient’s specific tumor mutations in just 24 hours. And then NovellusDx can integrate this DNA sample into its diagnostic platform, which could be a major advance for personalized cancer care.”

The NovellusDx technology uses computer algorithms and live cells to probe the genetic mutations in a patient’s cancer tumor to identify so-called “driver mutations,” which are the ones most closely involved in cancer progression. These mutations can vary widely from patient to patient, even patients with the same type of cancer. The technology also can screen a series of cancer drugs to determine which treatments are likely to be most effective at shutting down particular driver mutations. But for the technology to be of optimal use, physicians need insights quickly, as cancer patients can rapidly deteriorate without the right treatment.

Dr. Kmiec said molecular reagents most commonly used today in vitro can only perform one edit at a time, “which means they require multiple passes-and a lot more time-to achieve the same result.” He said those tools are not fast enough to meet the needs of cancer patients.

“We are harnessing the most advanced tools in medicine to make cancer treatment accessible and more effective for patients who need it today,” said Janice E. Nevin, M.D., MPH, Christiana Care president and chief executive officer. “As the only institute of its kind embedded in a cancer center where scientists can understand and appreciate the needs of cancer patients and the clinicians who care for them, our Gene Editing Institute exemplifies our values of excellence and love. This breakthrough-and our partnership with NovellusDX-has the potential to make a real difference in the lives of the people we serve.”

CRISPR stands for “clustered regularly interspaced short palindromic repeats.” It is a defense mechanism found in bacteria that allows the bacteria to recognize and slice up the DNA of invading viruses. Scientists have learned how to manipulate this mechanism so that it essentially can be programmed to find and remove a specific sequence of DNA code-which acts like software for controlling genes-and replace it with a different sequence. This capability has generated unprecedented excitement about developing different CRISPR tools that could produce breakthrough treatments for a wide range of diseases by repairing a damaged gene, modifying it or deleting it entirely.

The CRISPR tool developed by the Gene Editing Institute and NovellusDx is not being used to directly edit or alter a patient’s genome. However, by confirming the ability to accomplish multiple gene edits in a single process, researchers believe over the long-term, their work could advance efforts to use CRISPR to treat patients with genetically complex diseases, like Type 2 diabetes, because it can be directed to find and correct multiple genetic defects at once.

Dr. Kmiec said the new tool differs from many other CRISPR tools now widely used because it relies on a protein called Cas12a to actually cut or edit DNA. He said his team has found that when it comes to accomplishing a series of complex edits, the Cas12a protein may be more reliable than the Cas9 protein that is currently more common in the CRISPR world.

Meanwhile, lead author Brett Sansbury, a doctoral student, said the team is also excited by the fact that, to execute multiple edits simultaneously, their CRISPR tool had to successfully remove and replace long segments of DNA. “That capability could one day allow CRISPR’s therapeutic applications to move beyond merely repairing damaged genes to removing and replacing them.”

Sansbury and her colleagues also reported that the precision and accuracy they achieved in all applications of their tool-using it to simultaneously execute multiple edits and to remove and replace long segments of DNA-indicate it may be less prone to making unwanted or “off-target” gene edits than other CRISPR tools.

The possibility of CRISPR making unintended edits to the genome-something known as “off-site mutagenisis” (others have called it “editing gone wild”)-was raised as a potential risk by scientists at Stanford University. They were conducting studies using CRISPR in mice and claimed they found random, unexpected gene edits that could cause cancer. Scientists at the Wellcome Sanger Institute in England have disputed those findings. Other CRISPR experts have said that while off-target edits may be an issue, there are ways to improve the accuracy of CRISPR before it’s used widely in patients, so that the risks are no greater than those associated with existing treatment.

According to the new study from the Gene Editing Institute and NovellusDx, this new CRISPR tool could be part of the solution. The authors report that after executing their gene edits, they sequenced large areas of DNA around the targeted genes and observed no unintended edits. They note their results indicated that their gene editing system “can be used to generate multiple site-specific mutations…without the generation of detectable off-site mutations.”

The potential of this new tool-and its implications for treatment of cancer and other diseases-is exciting.

“This is a dramatic discovery, and we look forward to partnering with NovellusDX to leverage this new tool in the fight against cancer,” said Nicholas Petrelli, M.D., FACS, Bank of America endowed medical director of the Helen F. Graham Cancer Center & Research Institute at Christiana Care. “This partnership is something we believe has the potential to redefine and transform cancer treatment by allowing physicians to offer breakthrough personalized medicine to a wider range of cancer patients.”