When the pandemic hit, Debórah Bond, like many artists, was caught off guard. “I thought I’d be juggling gigs and touring,” said the independent R&B/soul musician.

A full-time artist, Bond, 44, made a living through a patchwork of vocal gigs — performing live at weddings, bars and theaters, recording jingles, teaching vocal lessons and hosting events.

But the coronavirus pandemic found her burning through her savings and struggling to make ends meet in a tiny rental accessory dwelling unit above the tree-lined garage of a home in Hyattsville, Maryland. According to a 2020 report from the Rand Corp., artists were more likely than others to have lost their main source of income — music-related or not — due to the pandemic.

So with few other obvious options, and the world at a standstill for the foreseeable future, she set out to write her first solo album in the small rental she fondly referred to as her “treehouse.”

But cut off from family, friends and other nearby musicians, she devised a way to bring together out-of-work musicians from around the world, people who felt just as abandoned and stuck as she did. What resulted is an extraordinary transnational album — “compass: I,” released March 5 — that connected her with a far broader musical community and buoyed their collective spirits during a year of isolation.

The new album is a pandemic-fueled collaboration of musicians such as Chelsey Green, PhD. a violinist and acting chair of the strings department at Berklee College of Music in Boston; two-time Grammy-nominated drummer Nate Smith in Nashville; and a percussionist from the British acid jazz band Incognito, who sent in his recordings from London. “Everyone jumped on board from wherever they were,” Bond said. And most, she said, “didn’t even stress me for money. We all wanted to create.” She was even able to work with Gordon Chambers, a songwriter who has written for several artists from Beyoncé to Anita Baker and likely would not have been accessible to her or available pre-pandemic. 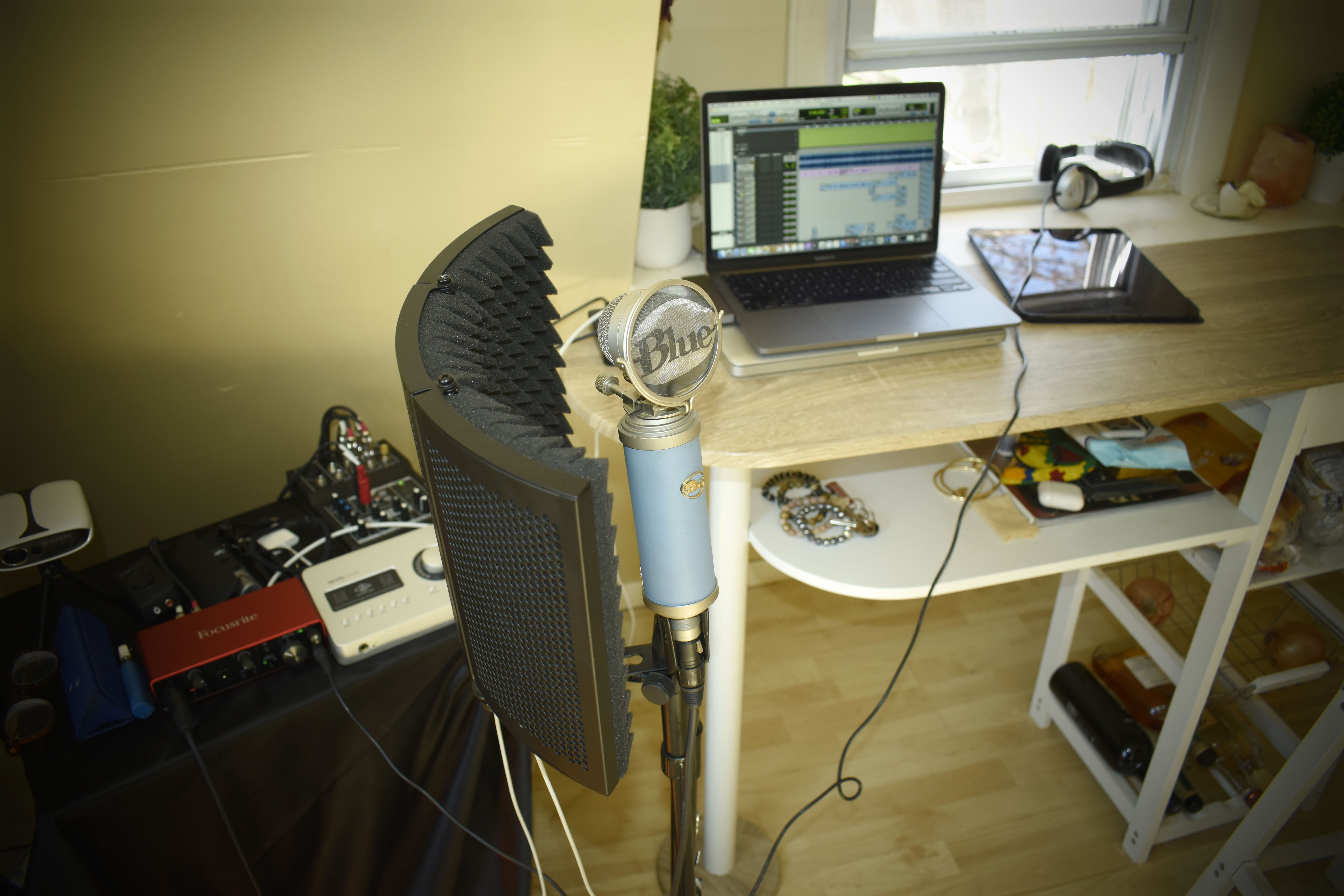 They were up against the challenges of not just a pandemic, but also a music industry that has come to rely heavily on curated playlists like Apple Music’s “New Music” or “From Our Editors” to promote new releases. Mainstream artists who have released music during the pandemic have teams of industry professionals ensuring their tunes end up on the most highly trafficked playlists.

Some music-streaming platforms like Apple Music don’t allow third-party playlist curation. So, without a direct connection to their editorial team or partners, landing a spot on these lists isn’t likely. Without being able to perform live at clubs and events this past year, Bond says, some independent artists may feel financial pressure to focus less on the quality of their music and more on finding ways to go viral on social media to tip the scales.

How does an independent artist find new listeners at a time when performing for a crowd isn’t allowed, and they’re battling against more than 50 million and 60 million songs already on Spotify and Apple Music, respectively?

Bond was not naïve about how the music world works, having been a performer for decades. She and her band, Third Logic, had been performing together since they were in their early 20s, but as time passed and adulthood — marriage, children, increased work responsibilities — set in, finding the time to write music together became nearly impossible. They hadn’t released a new album since “Madam Palindrome” in 2011. Time and distance from her bandmates meant that gigs were few. So, in 2019, she decided to embark on a solo career. Then covid hit.

At first, she despaired about how she would be able to pay for things like rent and food without the hope of recurring live gigs. “The pandemic relief money was really helpful,” she said, because independent artists can sometimes go weeks without making any money even without a global pandemic. Between her stimulus check and unemployment, Bond budgeted $600 a week to live on. She had affordable health insurance through Kaiser Permanente, “thanks to Obamacare,” she said. She cut expenses, stuck to her budget and received modest payments from booking a few covid-friendly, livestreamed events for Washington, D.C.’s Kennedy Center and the Music Center at Strathmore in North Bethesda, Maryland.

She was able to improvise a home-recording studio with mics, speakers, her MacBook and ProTools software and the help of music engineering friends over video conferences. Bond writes song lyrics and performs but doesn’t herself compose music. So, she put out a call to the musicians in her network and found many of them were also at home tinkering with new tunes and willing to share. Bond would “wait until late at night, turn on colored bulbs, blast things through my monitors and write,” she said.

After a rough draft of the album was completed in September, she and independent producer Brandon Lane put out a broader call for help for more live instrumentation. Their pleas circulated and produced a village of talent, as musicians from all over the world sent the singer their high-quality home recordings. “It showed me how many musicians were in the same boat,” Bond said.

Lane, who lived nearby and became part of Bond’s pandemic bubble, would come to her home studio — fully masked-up — as technical support and to co-produce the album. The title “compass: I” reflects an appreciation of the importance of trusting your own internal compass, she explained. The project showed Bond “who has my back,” she said, and that in a time of global crisis musicians — many of whom Bond considers friends — would come together to co-create with her.

Bond, who describes herself as having an eclectic Bohemian style and devil-may-care attitude, said she doesn’t want to change herself to jockey for a spot on the Billboard charts or playlists — even in the post-pandemic world.

The music industry is notoriously youth-obsessed and male-dominated, she said. The third annual report on the industry, “Inclusion in the Recording Studio?” from professor Stacy Smith and the USC Annenberg Inclusion Initiative found that in evaluating gender across eight years of Grammy nominations for Record of the Year, Album of the Year, Song of the Year, Producer of the Year and Best New Artist, 21.7% — or about 1 in 5 artists — were women.

“This is who the f*** I am,” she said. “I’m not 18, but I’m not ‘old’ either.” She wants listeners to have the chance to discover diverse musical options for female entertainers, at different ages, with different sounds and styles to match. By dint of necessity, the pandemic opened new types of doors for performers like her — through which she hopes new types of music will continue to be heard.

“You have to be smart,” she said. “It’s not hard to find new music.” Manually searching streaming apps like SoundCloud and Spotify take no more effort than scrolling through Instagram, she said. Bond hopes that listeners will take a break from the algorithms that sneakily sway our musical interests toward those artists pushed to the top of the charts and follow their own compass.