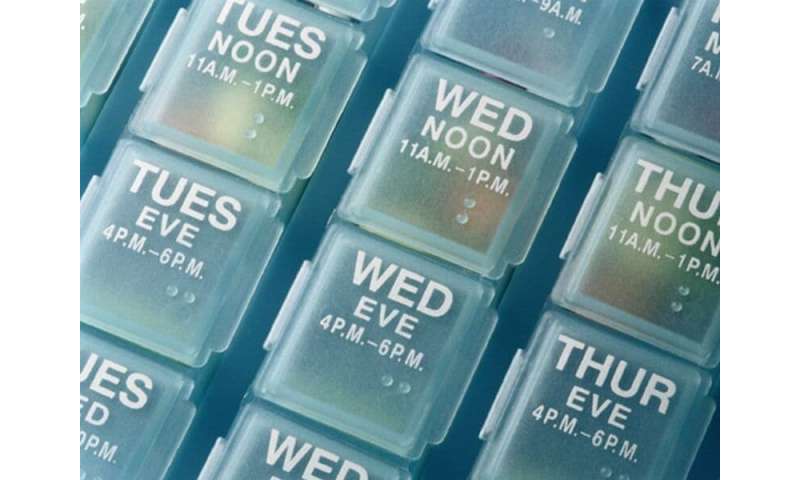 Pharmacies in the United Kingdom are giving out twice as many pill organizers as they were 10 years ago, according to a study published online July 27 in Research in Social and Administrative Pharmacy.

Riddhi Shenoy, from the School of Pharmacy at the University of East Anglia in the United Kingdom, and colleagues surveyed two community pharmacies per county in England (40 pharmacies in total) to assess provision of medication compliance aids (MCAs) and to describe factors influencing the decision to initiate an MCA.

The researchers estimate that 273,529 MCAs are filled by community pharmacies in England, with a median of 20 MCAs per pharmacy per month provided for patients living in their home, a number that has nearly doubled during the past decade. The primary factor influencing MCA initiation is practitioners’ judgment (51.3 percent), followed the patient’s opinion (16.3 percent) and the carer’s opinion (20 percent). An assessment tool was used only by 13 percent of respondents. For the 31 pharmacies participating in a more detailed follow-up survey, more than half (58 percent) reported decision making for MCA initiation was often or always affected by suitability of medication for dispensing in an MCA. Furthermore, 74.2 percent of respondents said decision making was never or rarely affected by the risk for adverse events, while 53.3 percent said decision making was never or rarely affected by reduced patient autonomy arising from an MCA.