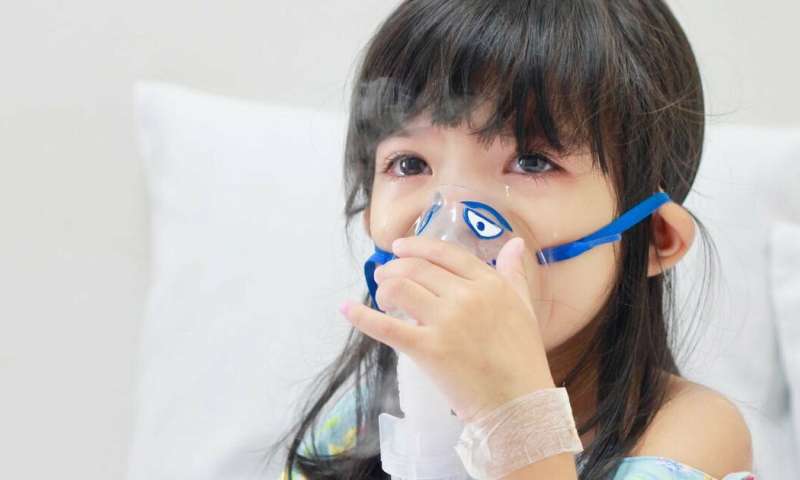 A recent study shows that a gamechanger drug called Fevipiprant promises to lower patients’ risks of suffering an asthma attack and being admitted to a hospital.

This is the first time a drug reducing airway smooth muscle mass—a key clinical indicator of disease severity that increases the likelihood of more frequent asthma attacks and even deaths—has been reported.

Along with Rod Smallwood, fellow of the British Royal Academy of Engineering, I developed computer models that allowed us to simulate results from a Phase 2 clinical trial—to predict therapy outcomes in patients.

The original trial was led by Christopher Brightling, clinical professor in respiratory medicine at the University of Leicester and the principal co-ordinator of the European Lung Foundation AirPROM.

Asthma affects around 339 million people worldwide, killing as many as 1,000 people every day, according to the Global Asthma Report 2018.

The prevalence of asthma is on the rise, with low- and middle-income countries suffering most —in part, because essential medicines are unavailable, unaffordable or are of unreliable quality.

Asthma is caused by complex set of interactions between a patient’s genes, cells and environment that lead to an increase in airway smooth muscle mass: a process referred to as “remodelling.”

Our airways are composed of several different cell types that exist together in a highly ordered state. The airway lumen is lined by epithelial cells and, further inside, the mesenchyme. The latter contains muscle cells that increase in mass during asthma. Another crucial feature of the airway are the inflammatory cells that are recruited in the event of a foreign challenge (such as an allergen or virus).

In health, these three elements work in harmony to ensure effective airflow and appropriate response to external challenges. In asthma, these harmonic interactions are compromised, resulting in increased muscle mass.

Developing a sound strategy to treat asthma requires a precise understanding of the factors that contribute to the emergence of the disease. We cannot achieve this through experimentation alone because so many factors contribute to the disease. With mathematical models, we can use hypotheses to help reduce the complexity of the system.

We made a ‘virtual patient’

In the clinical trial, Fevipiprant was observed to reduce the number of inflammatory cells and muscle mass.

To understand how, I developed a mathematical model that combined the epithelial, mesenchymal and inflammatory elements —to understand what is responsible for airway remodelling during asthma.

I used something called “agent-based modeling” —a mathematical approach that relies on rule-sets governing interactions between various model elements.

I developed a “virtual patient” with severe asthma and gave them virtual drugs. I made sure that the model was capturing biological reality by first administering virtual Mepolizumab, which killed inflammatory cells in the airways. The virtual patient performance was consistent with clinical results.

This led to the conclusion that Fevipiprant acted not by reducing the inflammation alone, but by also directly impacting muscle mass. Experiments conducted by Ruth Saunders at the University of Leicester, with muscle cells taken from patients suggested that Fevipiprant reduced the recruitment of cells called myofibroblasts, which add to muscle mass during remodelling.

When this secondary feature was added to the model, the observed reduction in the muscle mass of the virtual patient was consistent with clinical data.

Fevipiprant could be a potential therapy to improve airway remodelling in asthma.

Using this drug could allow patients to reduce their dependence on high-dose steroids, whose side-effects include weight gain, diabetes and high blood pressure.