The singer, 44, captioned a Tuesday, June 8, Instagram photo of the 6-year-old posing between his two instructors, which translated to: “Sasha and his friends and teachers, Kai and Hans, after his first surf lesson!”

The Grammy winner and her longtime boyfriend Gerard Piqué are also the parents of son Milan, 8. Being a working mom is “very hard,” the songwriter told Viva magazine in September 2019. 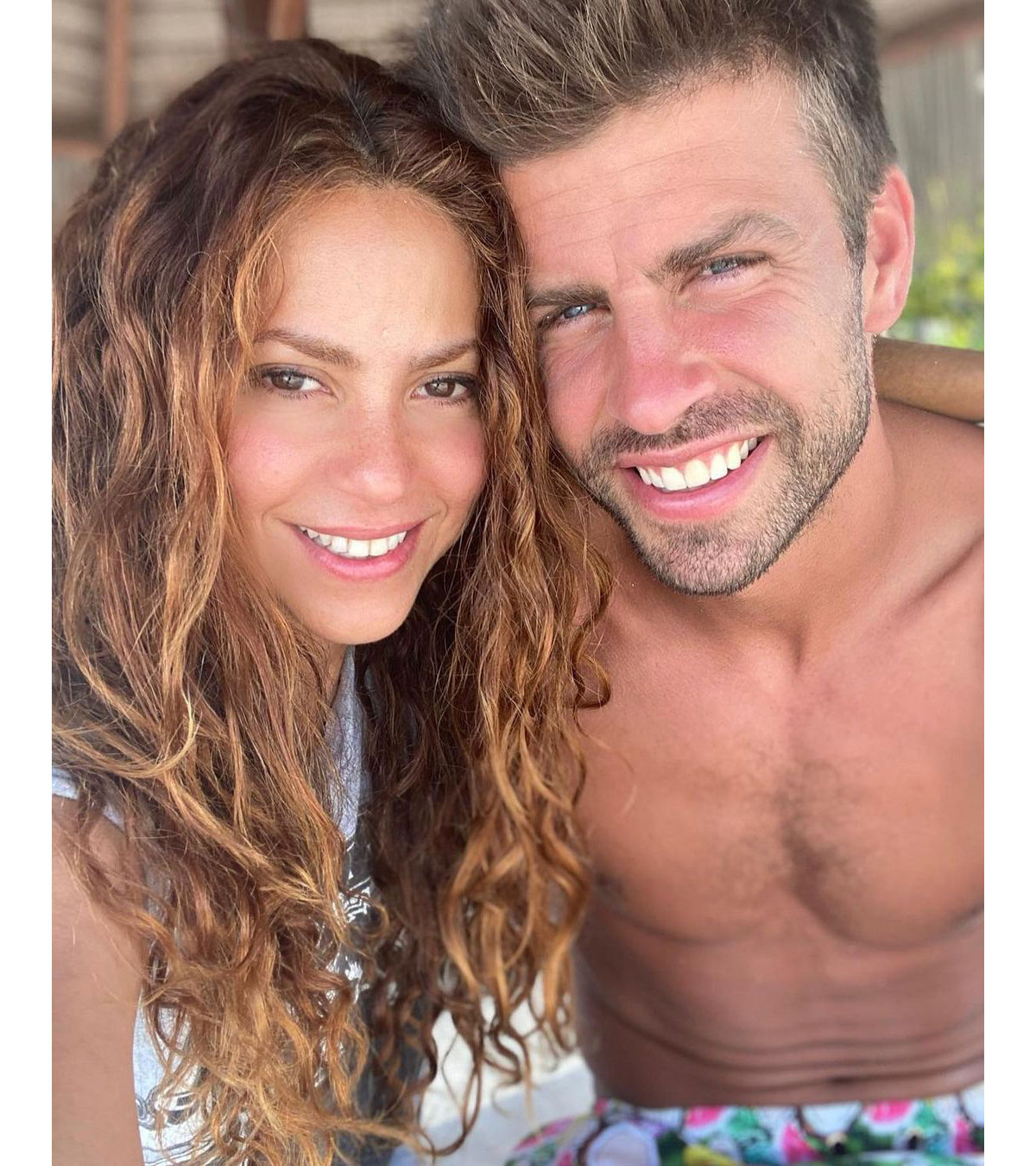 “Sometimes … you cannot see your sons for a month or even more,” the “Hips Don’t Lie” singer told the outlet at the time. “It is so hard. But we call each other via FaceTime, so we are in constant communication, that helps.”

She and the professional soccer player, 34, worked to “sort out” their schedules “the best” they could, Shakira added. “We don’t have a written deal to share the tasks or anything like that, but we both are very involved in parenting. … We support each other, and we also find a huge help in our families. We don’t know a different way to do it!”

When the pair’s youngest son got sick in 2016, the songstress took time off to take care of him, canceling two personal appearances at the Latin Grammys and American Music Awards. 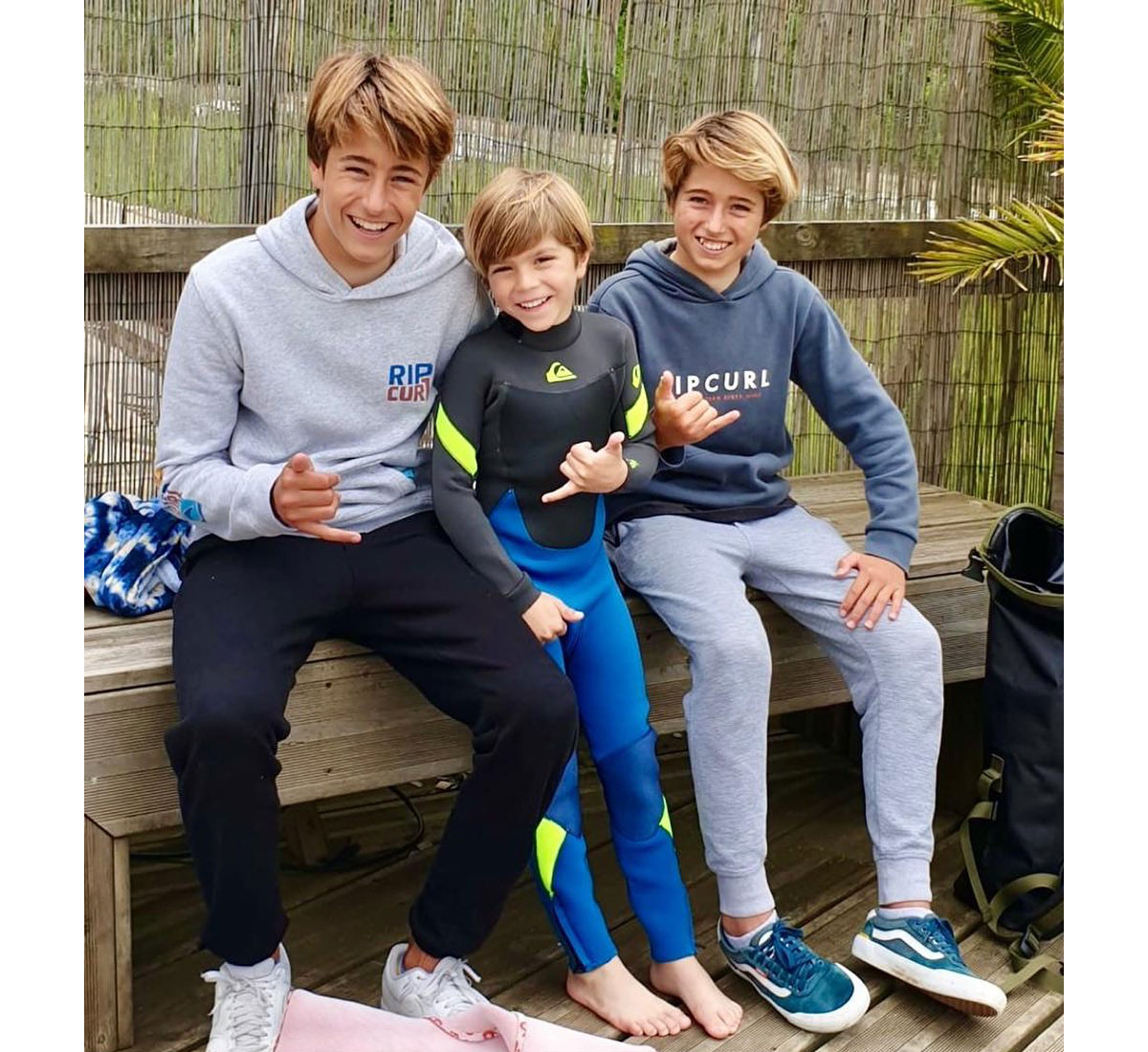 “Due to personal matters, I won’t be able to travel to Las Vegas and LA to attend,” Shakira tweeted at the time. “I will be accompanying @carlosvives in spirit @LatinGRAMMYs celebrating this incredible year that we’ve shared together with #LaBicicleta.”

The Colombia native subsequently gave her fans an update, writing via Instagram: “Thanks for all the messages you sent for Sasha while he was sick. Everything is under control now, and he’s back to his cheerful self!”

She and the athlete have been dating since 2011, welcoming Milan and Sasha in 2013 and 2015, respectively. Shakira wants to make their “own fútbol team,” the former Voice judge told Latina magazine before her second child arrived. 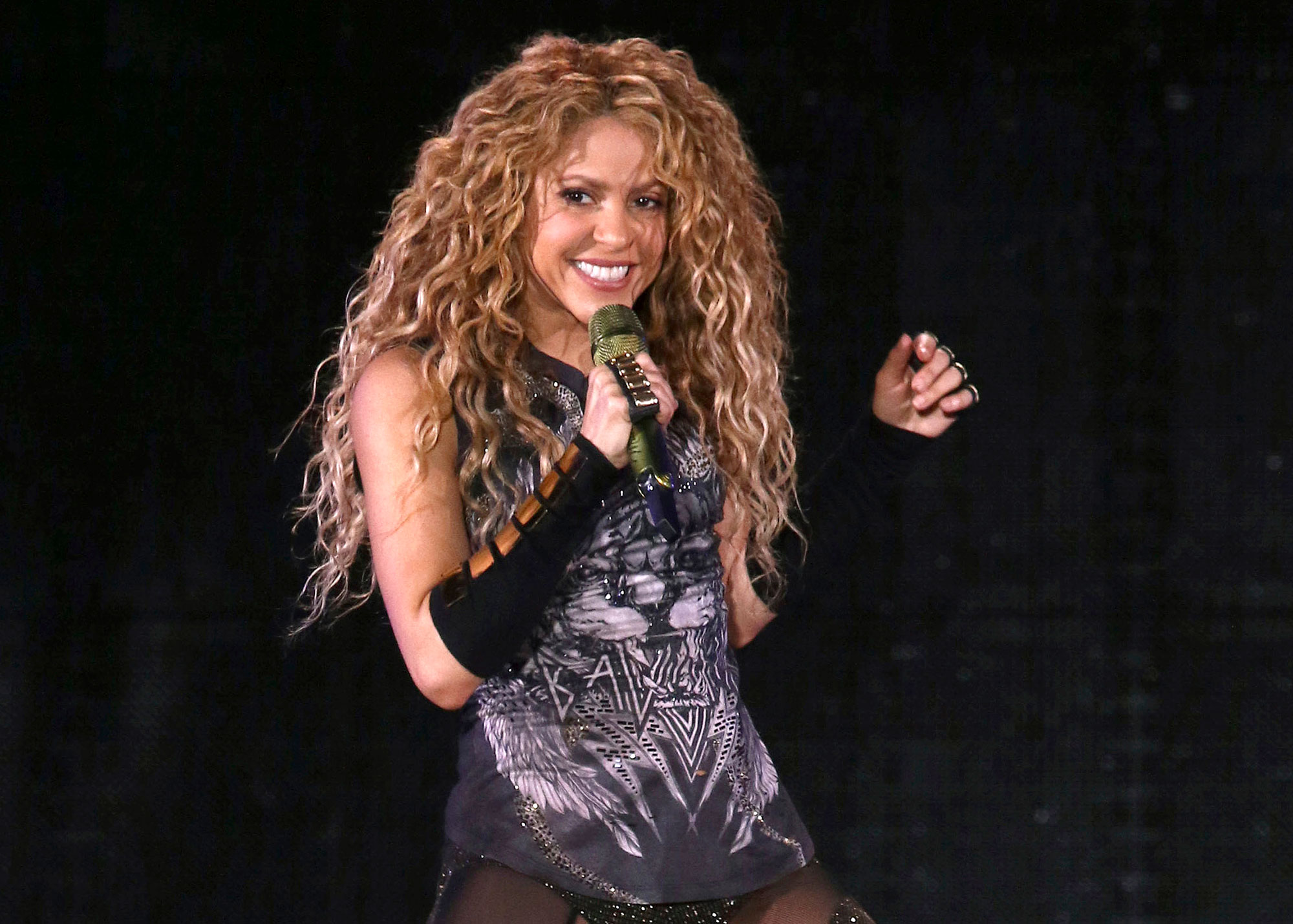 “If it weren’t because of my music projects, I would be pregnant already,” she explained at the time. “I would love to have eight or nine kids with Gerard.”

Not only has parenting helped Shakira learn “to focus,” but it has changed her relationship with her fans. She explained, “They express so much love for Milan, so much affection. I can only hope that as he grows up, he learns how to give that love back to all of those people that give him so much every day.”