Kanye West and his 6-year-old daughter, North, don’t see eye to eye when it comes to her love of cosmetics.

“North is trying to get in on the makeup, but she’s being blocked heavily because her dad has stopped all makeup for her until she is a teenager,” Kim Kardashian told E! on Thursday, October 24. “It’s a big discussion, a big fight in the household right now but it is what’s best. I think as a parent you just learn and figure it out as you go and we realized we didn’t really want her to wear makeup at a young age but she sees her mom putting on lipstick and lip gloss.”

Last month, the Keeping Up With the Kardashians star, 39, told E! that the rapper, 42, was putting a stop to North’s makeup attempts. “Her dad won’t let her wear it,” the reality star said at the time. “I think he had it, he changed all the rules. I’d let her wear, you know, she has a little red for Christmas, I’d let her wear a red lip, or I’d let her do one pop of something. I’d let her if she’s wearing a black dress, a black lip. Kylie [Jenner] would give her all of these lip kits, so I kind of got in trouble for that. So, it’s now no more makeup.”

She and the Grammy winner, who also share Saint, 3, Chicago, 21 months, and Psalm, 5 months, also don’t always agree on raising their family without help. 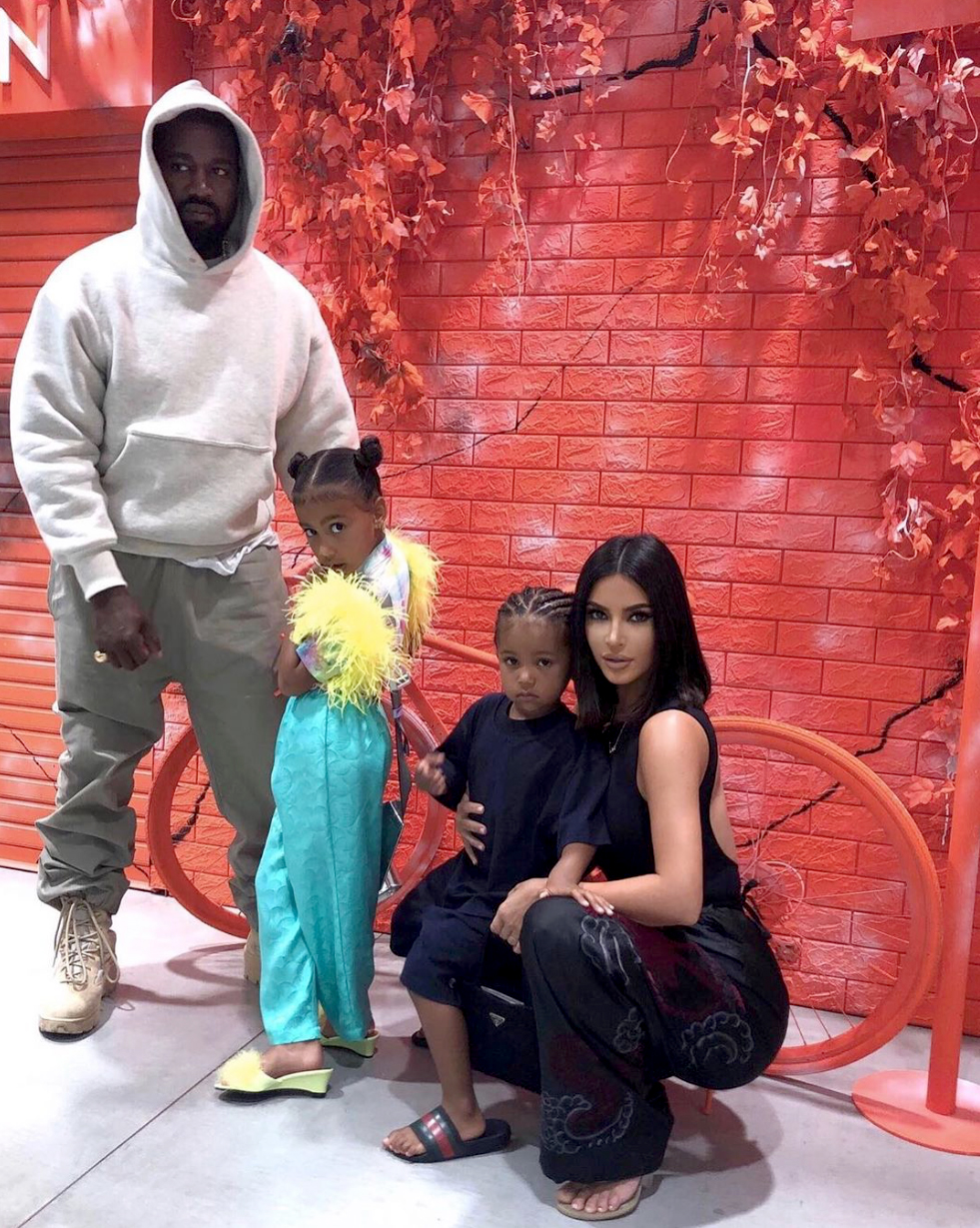 “I can’t even begin to tell you what getting ready in the morning is like,” the KKW Beauty creator explained on a September episode of The View. “I do [have help] and I love everyone that has been so helpful, but my husband is on this no-help kick so I’m … like, ‘OK, then you try the morning,’ and I’ll see my daughter with hair out to here. I think he gets it a little bit.”

The couple welcomed their youngest in May and are done adding babies to their brood.

“Kim absolutely loves being a mom and feels like her family is complete now, with two boys and two girls making it even,” a source told Us Weekly exclusively in June. “She feels like she spaced each child out just enough where it isn’t too overwhelming for her.”