When it comes to children, second-hand smoke is incredibly damaging, dangerous and detrimental. 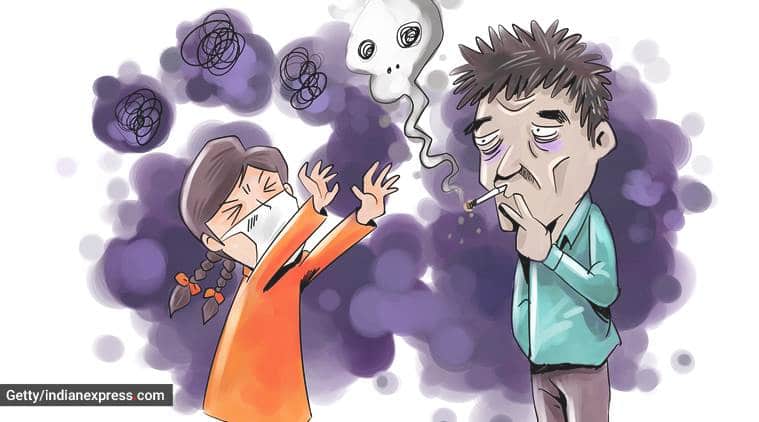 For the longest time, passive smoking was not considered to be dangerous. However, we are better informed now and know that the detrimental effects of second-hand smoke are almost if not equally bad. For an adult with developed lungs and full lung capacity, it is incredibly damaging. Can you imagine what it must do to a newborn with lungs which are still developing?

Let us circle back to what ‘second hand’ smoke consists of – it is basically the smoke which is exhaled by a person who is smoking, the smoke which is given off from cigarettes, e-cigarettes, cigars and pipes. It contains the same amount of chemicals as regular smoke – 7000 chemical, 100 toxic and 70 carcinogenic. There is no permissible level/safe level of secondary smoke and even brief exposures are equally harmful. As per one study, in the last five decades, roughly 2.5 million nonsmokers have died due to secondary smoke exposure and its effects.

ALSO READ | World No Tobacco Day: Effects of cigarette smoking on fertility for men and women

When it comes to children, second-hand smoke is incredibly damaging, dangerous and detrimental. In general, children are more vulnerable and likely to suffer from prolonged, repeated exposure to smoke. They do not have well-developed immunity, their lung function is still developing, their lung capacity is so limited. Their airways are still developing, and their overall resilience is still low. The thing is that if someone is smoking around an infant, they should know they are putting the child at risk for respiratory infection, ailments and additionally they are also causing breathing difficulties which cannot be articulated.

Lung infections will only hamper development in the long run. Even third hand smoke – which is the particulate matter that hangs onto clothes, hair, body of the person is harmful for children, inhaling these particulates, ingesting them will only lead to problems. Just because one cannot see it happening does not mean it is not affecting the child’s overall development. Think of a teething infant – they touch everything they can with their mouths. Imagine if there were some leftover toxins on things going into their mouth. Now think of how dangerous it really is.

There are a few conditions which children have developed as a direct relation to secondary smoke exposure:

📣 The Indian Express is now on Telegram. Click here to join our channel (@indianexpress) and stay updated with the latest headlines

For all the latest Parenting News, download Indian Express App.