Duchess Kate and Prince William love their little one! The Duke and Duchess of Cambridge don’t often bring their youngest child, Prince Louis, into the public eye — but they do speak fondly of their baby boy.

Louis was born in April 2018, joining older siblings Prince George and Princess Charlotte, who arrived in 2013 and 2015, respectively.

The tiny heir’s name was revealed four days after his birth and most likely paid homage to a royal family member. His great-grandfather Prince Philip’s late uncle, Louis Mountbatten, was assassinated by members of the Provisional Irish Republic Army (IRA) while fishing in Ireland in August 1979.

After his debut on the steps of the Lindo Wing, the infant’s first official pics dropped in May. In one sweet shot, Louis’ older sister pressed a kiss to his forehead while he slept.

“Charlotte is really enjoying having a younger brother to play with,” a source told Us Weekly exclusively that same month. “She’s taking her big sister duties very seriously. She won’t leave baby Louis’ side.”

After his July 2018 christening, photographs of the newest royal weren’t released until December 2018. He was all smiles in his family’s Christmas card.

During a photoshoot for Prince Charles’ 70th birthday four months later, the little one showed off his sense of humor by reaching out to grab his grandfather’s face.

Take a look at the gallery below to read all of the adorable things Louis’ parents have had to say about him so far. From his sleeping skills to his mobile milestones, Kate and William are big fans of their baby boy. 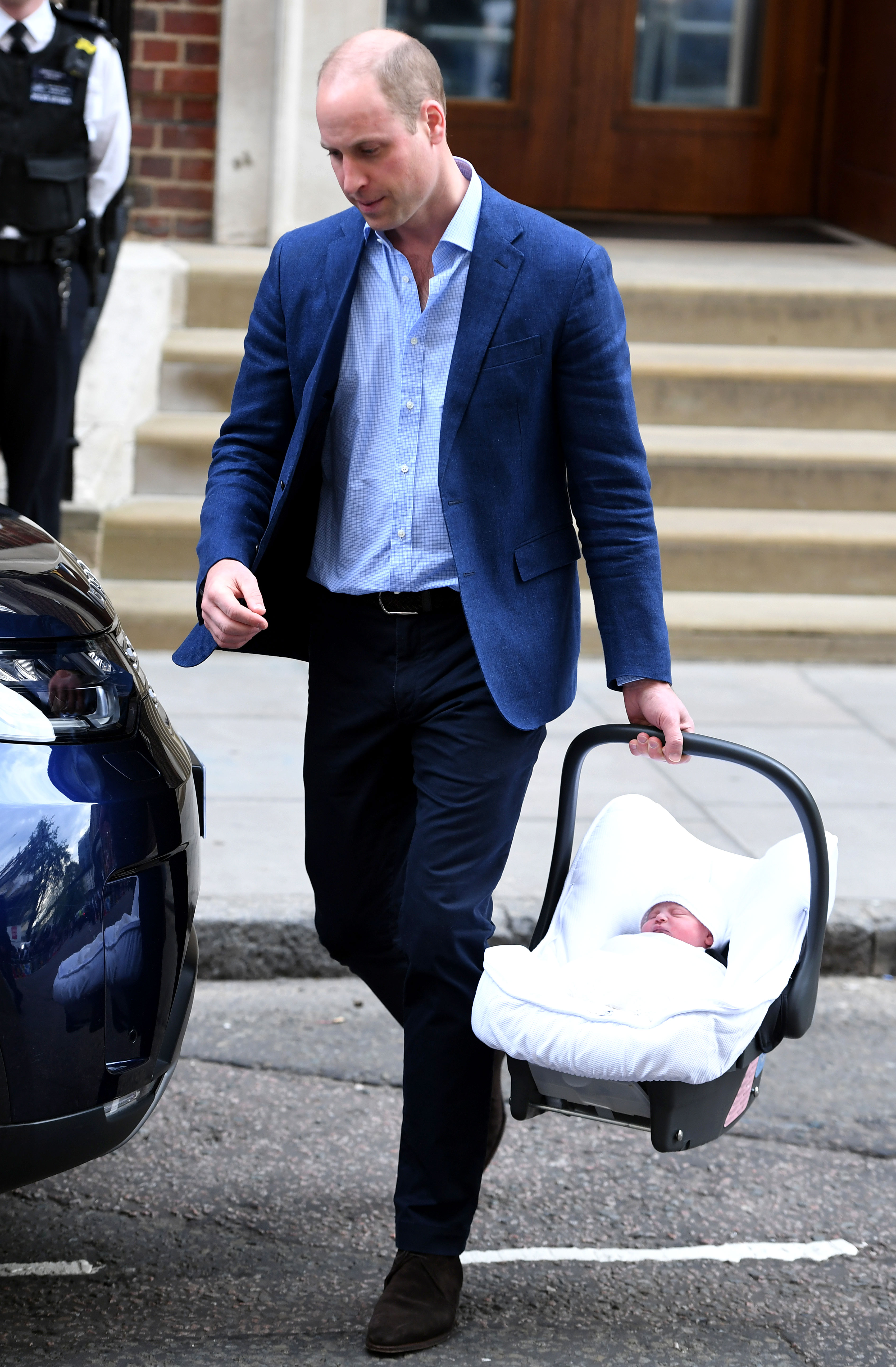 Phew! “Sleeping’s going reasonably well so far, so he’s behaving himself, which is good,” the three-time dad said while attending an Anzac Day of Service Commemoration and Thanksgiving in April 2018, two days after Louis’ birth. He added that his newborn son was “in good form, luckily.” 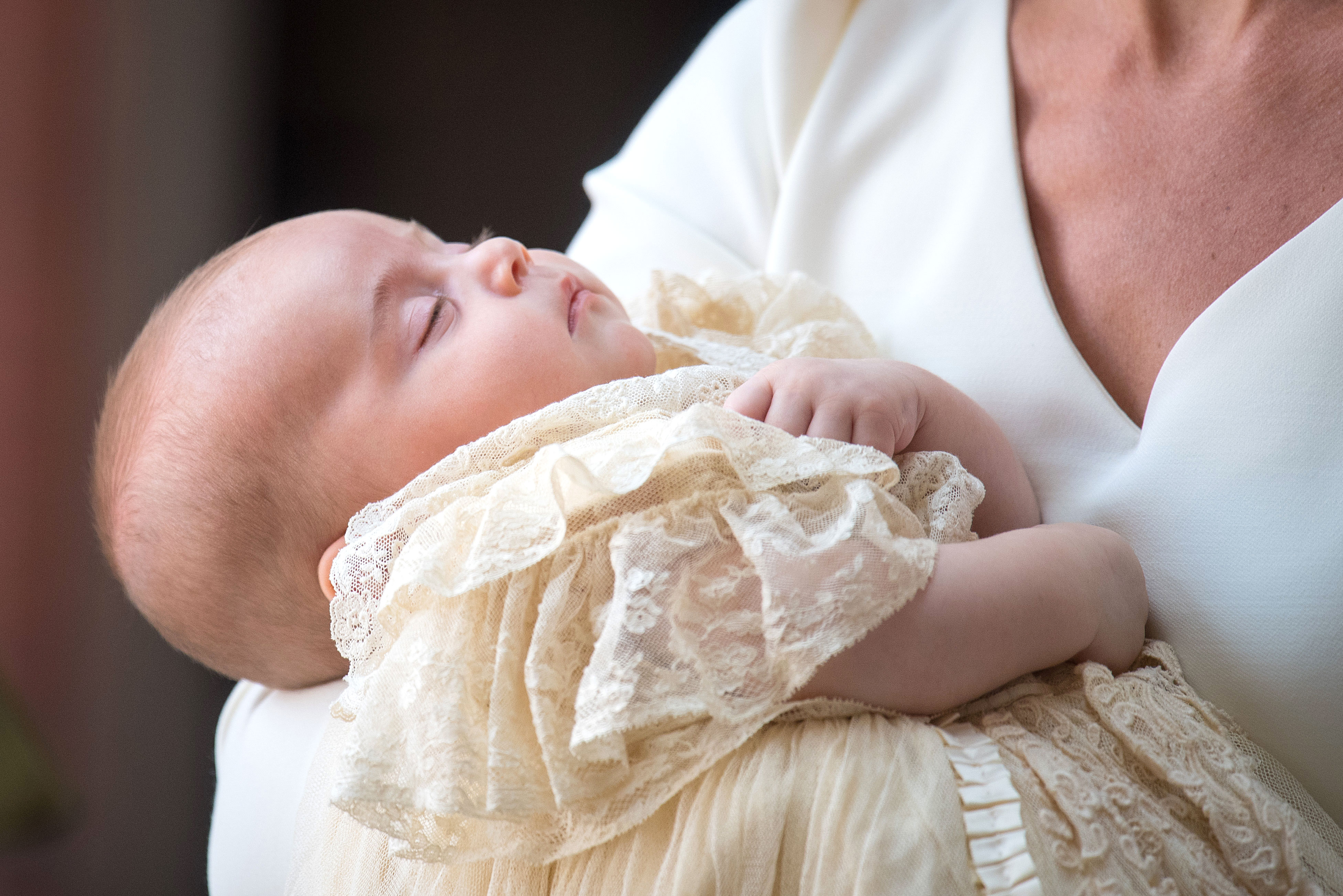 “We are looking for a babysitter if you are all free!” William jokingly said to well-wishers outside of Windsor Castle in May 2018. 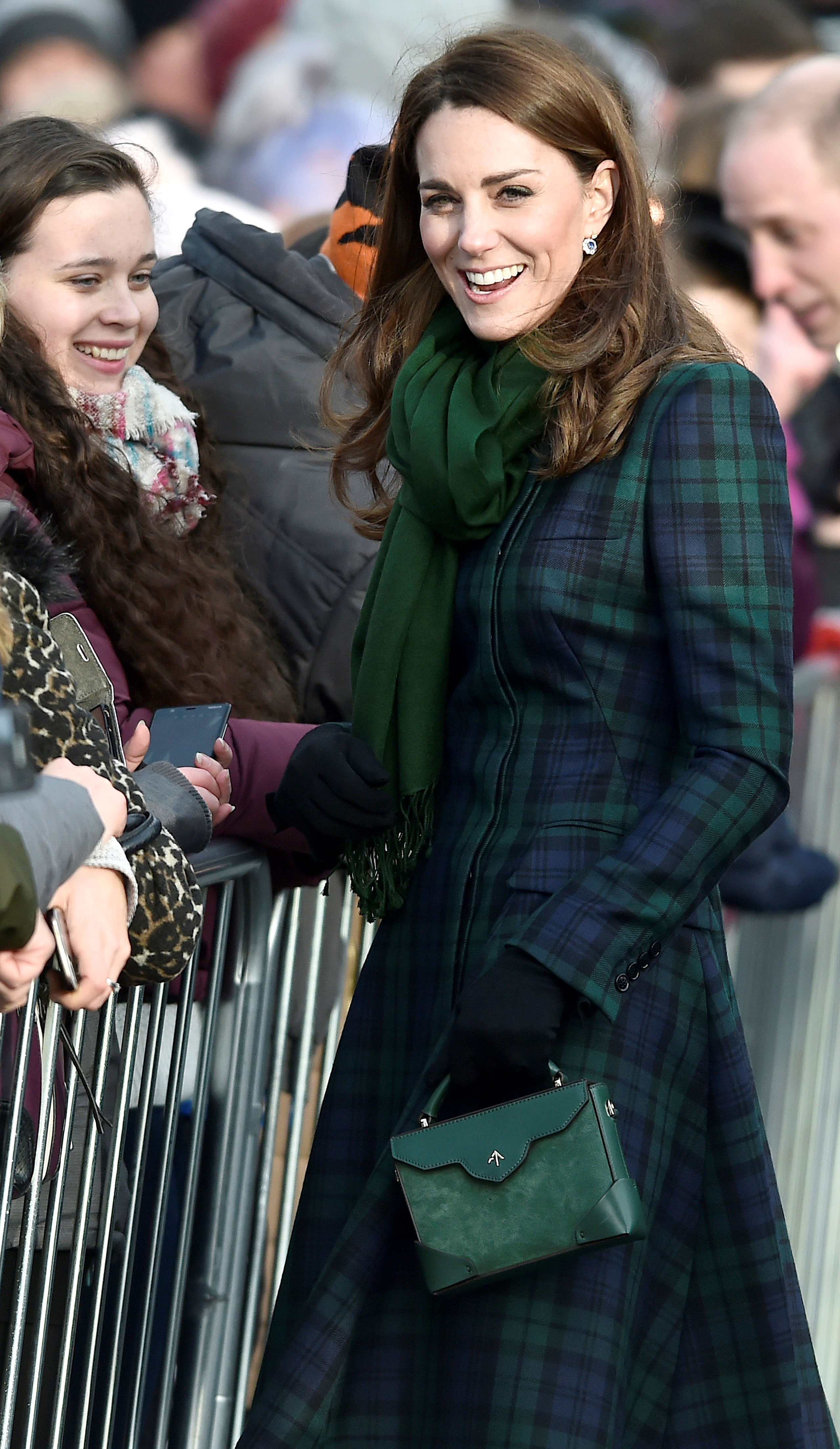 That was quick! In January 2019, Kate told fans outside of the Victoria and Albert Museum in Dundee, Scotland, that her second son was already “a fast crawler.” 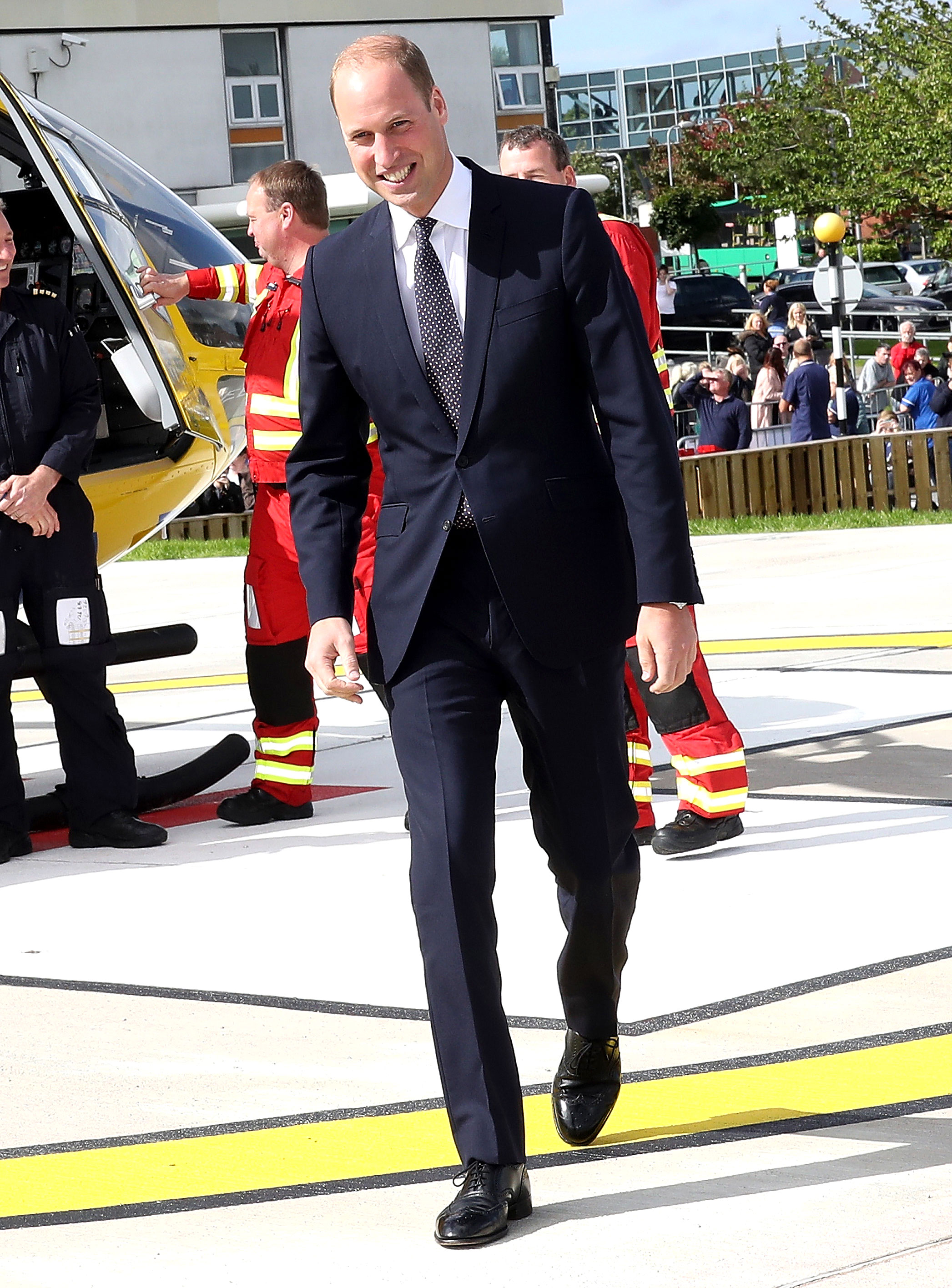 When a fan gave the duke a helicopter toy for Louis at a January event for the Air Ambulance Charity, he said, “That will go down extremely well. Louis will be chewing on that before long.” 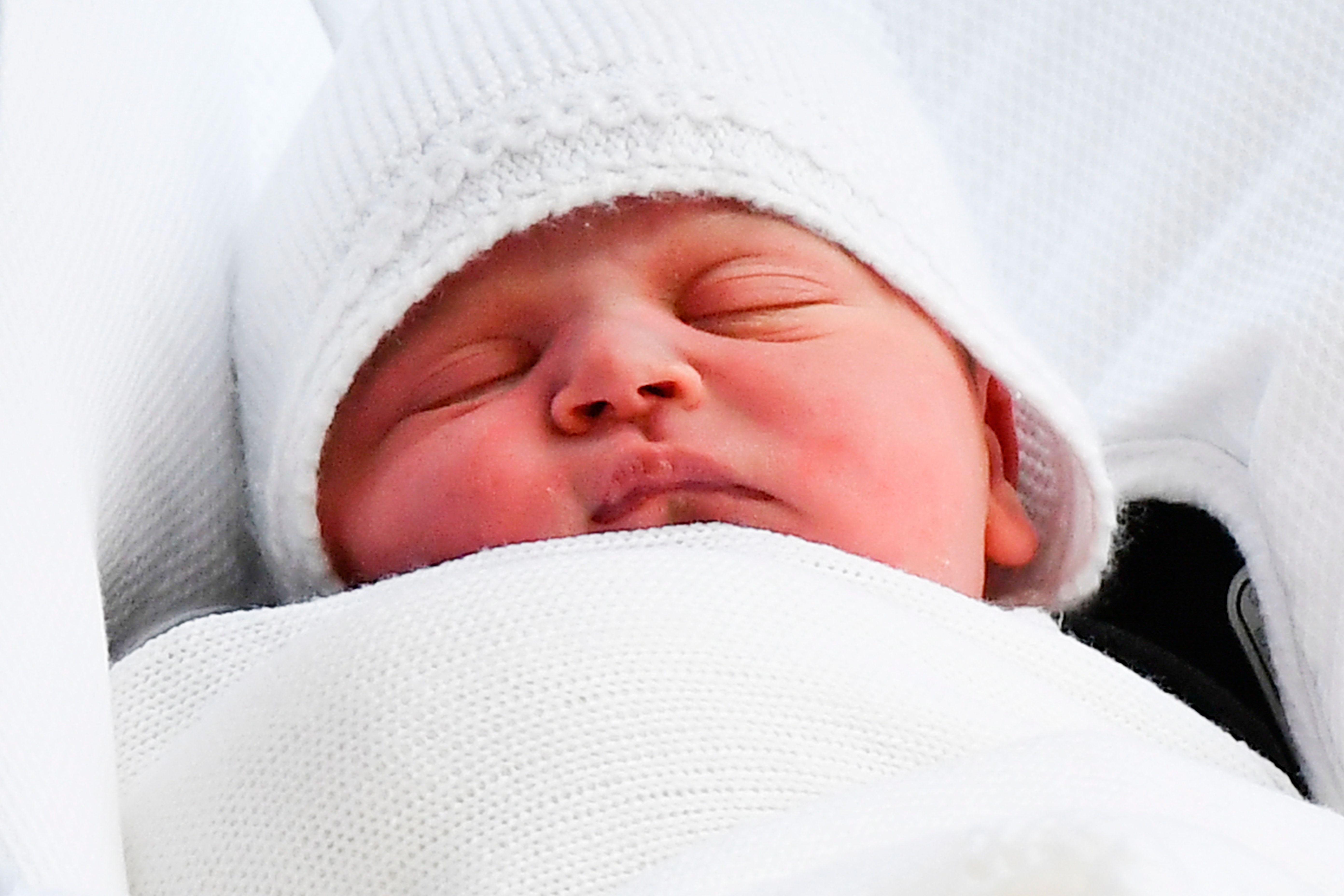 “Louis just wants to pull himself up all the time,” the duchess told well-wishers at Henry Fawcett Children’s Centre in March 2019. “He has got these little walkers and is bombing around in them.”