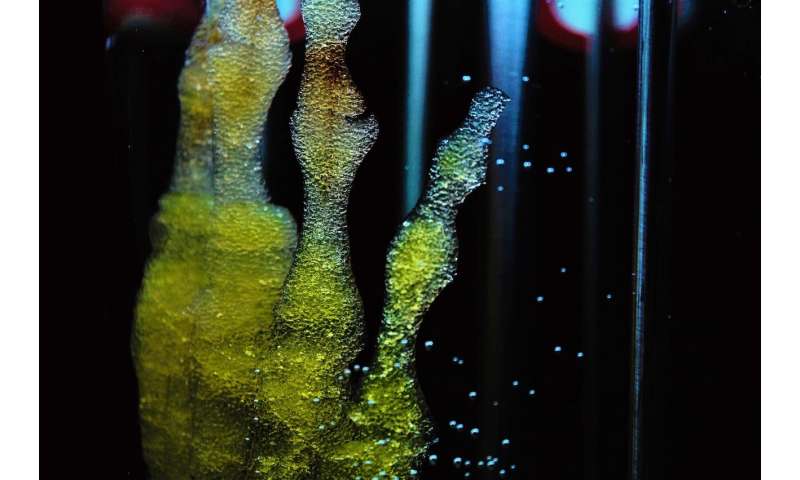 A new form of cancer immunotherapy has been given to a University of California, San Diego Health patient in the first test of immune cells grown from stem cells.

The patient, Derek Ruff, is being treated for stage four colon cancer, which recurred after a decade in remission. The disease continued to progress despite chemotherapy and radiation, said UCSD’s Dr. Sandip Patel, who treated Ruff.

Ruff is getting infusions of what are called “natural killer” or NK cells, made by San Diego’s Fate Therapeutics. Fate has worked closely with UCSD’s Dr. Dan Kaufman, an expert on these cells.

Ruff began getting multiple doses of NK cells in February. In early April, he said the immunotherapy hasn’t debilitated him like previous treatments.

“Before I got the first treatment, I was very apprehensive,” said Ruff, 52. “I had been through a lot of chemo, and chemo makes you feel really bad.”

It has yet to be determined if the NK cell treatment, called FT500, is working.

But the CAR T cells must be custom-made from the patient’s own cells, an expensive process that takes weeks. And they haven’t been extensively tested against solid tumors, such as Ruff’s.

Patel said he was particularly excited by the idea of treating solid tumors with NK cell therapies.

“Patients with solid tumors are the biggest population of patients that we see in aggregate, and are a major unmet need in terms of cellular immunotherapy,” Patel said.

FT500 is a first-of-kind product approved by the U.S. Food and Drug Administration for experimental use.

Unlike CAR T cells, which are custom-made from a patient’s own cells over a period of weeks, FT500 is produced in advance as an “off the shelf” treatment and doesn’t require immune matching. Due to economies of scale, “off-the-shelf” treatments are expected to cost less.

Fate starts with what are called induced pluripotent stem cells, or iPSCs. These are adult cells “reprogrammed” to resemble embryonic stem cells. These iPSCs are then matured into NK cells.