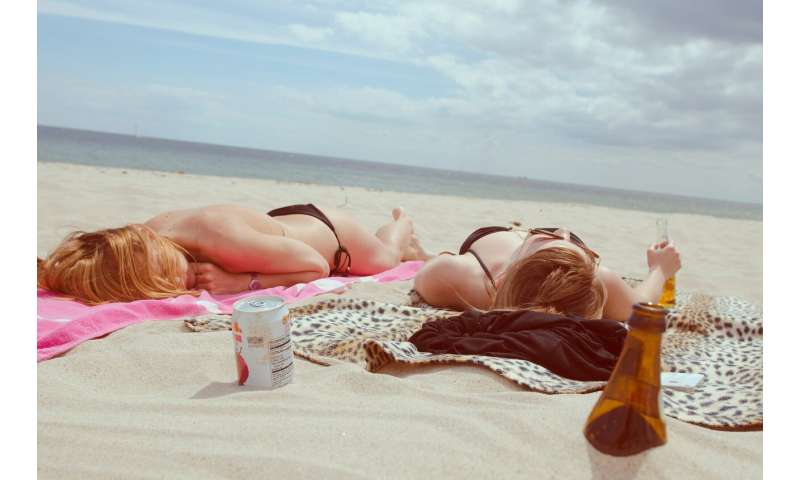 A Michigan State University study led by a physiology graduate student in the College of Human Medicine has found that new drug combinations may prevent melanoma, an often deadly form of skin cancer, from becoming resistant to treatment.

The study, published in Oncogene, “could be very important for a subset of melanoma patients,” said Richard Neubig, chair of the Department of Pharmacology and Toxicology in the Colleges of Osteopathic Medicine and Human Medicine. He estimated that the findings could help about half of the melanoma patients whose cancer becomes drug resistant.

The study was supported by a grant from the MSU College of Human Medicine Gran Fondo, a mass participation bike ride held each June to raise money for skin cancer research.

“We couldn’t have done any of it without Gran Fondo,” said graduate student Sean Misek, the study’s lead author.

Melanoma accounts for about 1% of skin cancer cases, but it causes the vast majority of skin cancer deaths, according to the American Cancer Society. More than half of melanoma patients have cancer-causing mutations in what is known as the BRAF gene. Among those patients, the cancer initially responds well to treatment with vemurafenib, a drug targeting BRAF, but quickly develops resistance, allowing the melanoma to spread.

Misek found that among the resistant melanomas, about half show activation of a signaling pathway involving the protein Rho. Results also showed that combining vemurafenib, a common cancer drug, with other compounds that interfere with Rho signaling, can re-sensitize the cancer cells to treatment.

The study identified one clinically-approved drug and three research compounds that can enhance vemurafenib responses in resistant melanomas. One of the research compounds is being developed by an MSU spinoff company, FibrosIX Inc., with the aim to have it available for eventual clinical use.

Neubig and co-mentor, Kathy Gallo, professor in the Department of Physiology, described Misek as “an extraordinary student and young scientist.” This project succeeded due to the “powerful combination of computational and experimental work that Sean was able to bring to the research,” Gallo said.

Other MSU researchers involved in the study included Kathryn Appleton, Thomas Dexheimer and Erika Lisabeth, as well as Roger Lo from UCLA and Scott Larsen from the University of Michigan.