Home » Health Problems » Most of us support mandatory vaccines for schoolkids, but is it good policy? 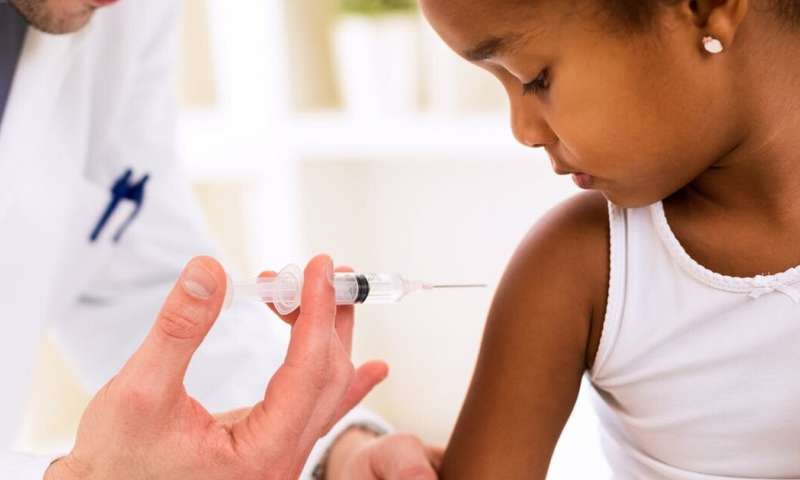 Recently, outbreaks of vaccine-preventable diseases, including a measles outbreak in British Columbia, have ignited a firestorm of public debate about childhood vaccination and what should be done about current under-vaccination.

The overwhelming scientific evidence proves the safety and efficacy of vaccination to control, and even eradicate, certain diseases. Yet Canada is not meeting its childhood-vaccination targets, with almost the lowest coverage of all OECD countries.

High vaccination coverage is necessary to protect public health via what’s known as herd immunity. And vaccines are regarded as among our most cost-effective public health measures. Some argue that children themselves have a right to be vaccinated to protect against sometimes fatal diseases.

Mandatory vaccination of schoolchildren, for which only medical exemptions would be permitted, is gaining traction in Canada as it is elsewhere, with a strong majority of Canadians indicating their approval.

Currently, Canada has no such mandates, although the Alberta Party has pledged one if elected on April 16. Ontario and New Brunswick have vaccination reporting laws. Neither makes vaccinations mandatory. British Columbia promises something similar by September.

For those rightly concerned about under-vaccination, mandatory vaccination of schoolchildren is appealing. However, it remains controversial, even for some who know the benefit of vaccination. For instance, the Canadian Medical Association passed a resolution calling for removal of non-medical exemptions from vaccination-reporting policies. But it passed with only 58 per cent approval, and after a “heated debate.”

Parental right to not vaccinate?

Some claim that parents have a moral and legal right to choose whether to vaccinate. This right is often said to be safeguarded by the Canadian Charter of Rights and Freedoms. But that is far from certain.

Most people agree that parents require discretion to make decisions on their children’s behalf. Most also recognize, however, that state intervention is sometimes necessary to protect children’s interests. It is for this reason that blood transfusions can be required for minor children, even against the Charter rights of parents.

The scientific community views vaccination as among our most important health innovations. Schools are principal sites of disease transmission, and under-vaccination is currently listed among the World Health Organization’s top 10 global health threats. Indeed, some argue that it is children’s rights that are violated by parental refusal to vaccinate. Given those facts, it’s uncertain that parents possess either the moral or legal rights claimed.

Despite this, there are reasons to question whether mandatory vaccination makes good policy sense. The unintended consequences of such policies suggest we should move cautiously.

One possible consequence is that some parents might remove children from schools rather than vaccinate, although in what kind of numbers is unknown. Indeed, some argue that mandatory vaccination violates children’s rights to an education for this reason. This argument is unconvincing. Whatever rights children have to access available education are outweighed by others’ rights not to be exposed to potentially fatal health risks.

Nonetheless, the removal of children is a double-edged sword. While remaining children would clearly benefit, those removed would remain unvaccinated —which does not serve their interests. These unvaccinated children would also still go to the park, to the shopping centre, to swimming lessons etc.

That could result in ever more coercive measures, such as the ban on unvaccinated minors entering public spaces —including synagogues, churches, schools, restaurants, stores and public transit —that was implemented in New York’s Rockland County in March 2019. It could include criminal sanctions for failing to follow a recommended vaccination schedule.

Are there ways to increase vaccination rates that avoid these consequences? Maybe.

Notably, not all under-vaccination results from so-called anti-vaxxers rigidly opposing vaccination and impervious to scientific evidence —usually estimated to be between two and three per cent of the population, (although one recent poll puts it as high as five per cent). For example, one third of Canadians express concerns over vaccination, yet many of these vaccinate anyway, if incompletely. Such concerns, combined with complacency and barriers to access, affect vaccination coverage.

Some non-coercive measures can address these other causes. For example, targeted information campaigns, early intervention, diversification of vaccine delivery, automatic reminders and targeted follow-up are all positively associated with vaccine uptake.

Crucially, to gain the most from these measures, jurisdictions would require better reporting and tracking than currently exists.

We should not be naïve about the health risks posed by undervaccination, or the impossibility of converting hard-core anti-vaxxers with appeals to evidence.

In particular, non-coercive measures might prove insufficient to reduce clustering. Some schools, for example, exhibit exceptionally low vaccination coverage. And there is reason to believe that hard-core opponents of vaccination are attracted to such schools. In which case, more coercive measures may become necessary.

But when it comes to such measures, we should proceed carefully. Not because of the fiction that such measures violate parents’ rights or children’s rights to an education. Vaccination is in the public interest, including that of individual children, which the state has a duty to protect.