Home » Health Problems » Listening in to brain communications, without surgery 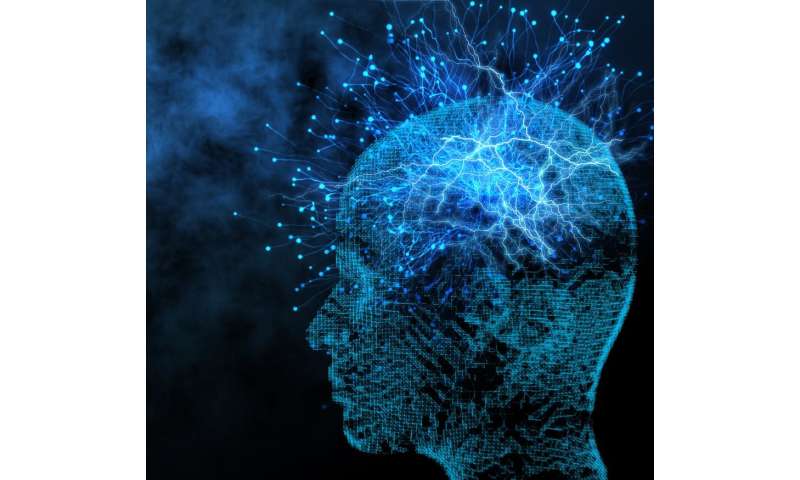 Plenty of legitimate science – plus a whole lot of science fiction – discusses ways to “hack the brain.” What that really means, most of the time – even in the fictional examples – involves surgery, opening the skull to implant wires or devices physically into the brain.

But that’s difficult, dangerous and potentially deadly. It would be smarter to work with the brain without needing to open patients’ skulls. Neurological disorders are common, affecting more than a billion people worldwide, of all ages, genders, and educational and income levels. My neural engineering team’s research, as part of a wider effort across the bioengineering discipline, is working toward understanding and easing various neurological dysfunctions, such as multiple sclerosis, autism spectrum disorder and Alzheimer’s disease.

Identifying and influencing brain activity from outside the skull could eventually permit doctors to diagnose and treat a wide range of debilitating nervous system diseases and mental disorders without invasive surgery.

Wireless connections within the brain

My group believes we are the first to have discovered a new way nerve cells communicate with each other. Nerves are well known to connect through physical links – or what might be called “wired” connections – in which the axons of one nerve cell send electrical and chemical signals to the dendrites of a neighboring cell.

Our research has found that nerve cells also communicate wirelessly, by using the wired activity to create tiny electric fields of their own, and sensing the fields neighboring cells create. This creates the possibility of many more neural pathways and can help explain why different parts of the brain connect so quickly during the execution of complicated tasks.

We have been able to monitor these electric fields from outside the skull, effectively listening in on nerve communications. We hope that will help us find alternate, healthy connections for nerves damaged by multiple sclerosis, or rebalance nerve activity due to autism spectrum disorder, or prime neurons to fire together in specific patterns and restore long-term memories lost as a result of Alzheimer’s disease. 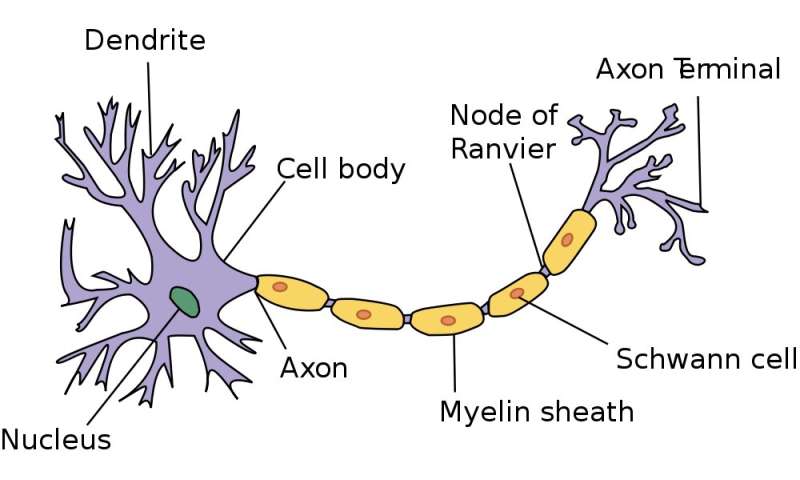 Specifically, we have found when an insulated, or myelinated, nerve fiber in the brain is active and sending signals along its length known as action potentials, special regions along its length generate a very small electric field. The cellular regions where this happens, called nodes of Ranvier, act like small antennas that can transmit and receive electrical signals.

Any disruption of the two highly specialized structures – the myelin sheath or the node of Ranvier – not only results in neurological dysfunction, but the surrounding electric field changes too.

The technological challenge involves precisely targeting specific parts of the brain to listen in on. The device must receive signals from areas roughly the diameter of a human hair, several centimeters deep within the brain.

One way is to place a small number of flexible antenna patches on the skull to create what we call a “brain lens.” Comparing readings from several patches lets us electronically target exactly the nerves to listen in on. We are designing and experimenting with metamaterials – materials engineered at the molecular level – that are especially good at serving as high-accuracy antennas that can be tuned to receive signals from very specific locations.

No pain, but potentially great gain

By listening in on wireless communications between nerves, we can identify areas of the brain where the electric fields indicate there are problems. The detailed characteristics of a nerve’s activity – or lack of activity – can offer clues about what specific problem is occurring in the brain. These findings could help diagnose potential medical conditions far more easily than current methods. 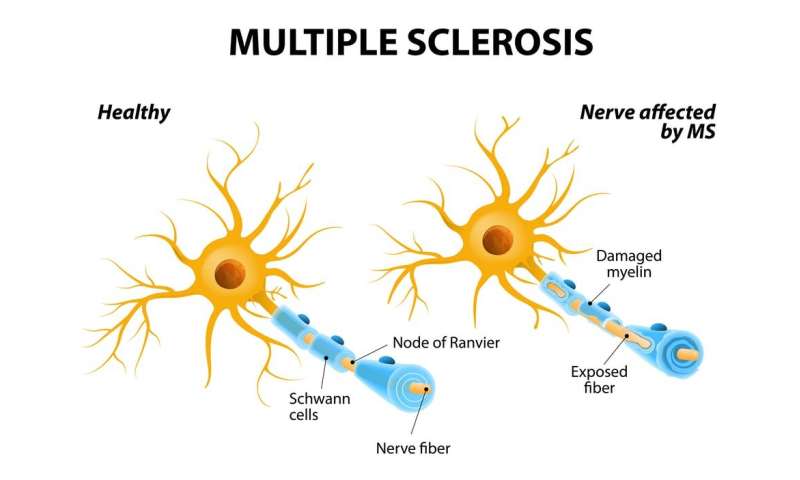 Look, for instance, at the actual case of one patient, a 38-year-old woman we’ll call “Bianca,” who has been diagnosed with multiple sclerosis, a degenerative disease of the brain and spinal cord that has no known cure. Multiple sclerosis patients’ immune systems damage the myelin sheath between the nodes of Ranvier, causing communication problems between the brain and the rest of the body. This damage radically alters the activity in the affected nerves.

To monitor the progress of her disease, Bianca has had spinal taps to see if her spinal fluid has high levels of particular antibodies associated with MS. She has also had MRI scans to reveal the areas of her brain where the myelin is damaged, and will face additional testing to determine how fast information flows through her nervous system.

Using a brain lens device would let doctors monitor Bianca’s brain without painful spinal taps and uncomfortable and time-consuming MRIs and CT scans. It may some day allow Bianca to monitor her own brain and send the data to her specialist for evaluation.

Therapeutic treatment without drugs and surgery

In addition, we’re hoping that our approach can lead to new therapies that are also easier on patients. At the moment, Bianca is taking several drugs that carry significant health risks and often make her feel nauseated and fatigued. She is one of many, who want to try a different therapy option.

This work plans to go beyond identifying the regions of her brain where the electric fields indicate unhealthy conditions. Inspired by computer network management and advanced digital networks, which route signals around areas that are damaged or interrupted, we are developing a method by which our scalp patch system could send messages into the brain as well.