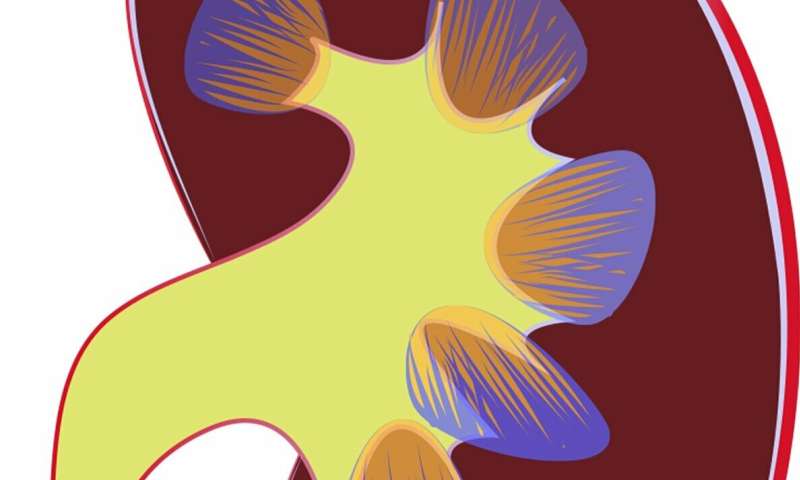 A new analysis of the ERA-EDTA Registry reveals a striking gender difference in the incidence and prevalence of end-stage renal disease. Two thirds of all dialysis patients in Europe are male. It seems beyond hormonal effects that hypertension, diabetes and glomerulonephritis/sclerosis are the main driver of the gender gap. However, it is possible to prevent and treat hypertension and diabetes effectively and thus reduce the number of patients requiring dialysis.

Our kidneys filter out toxic waste from the blood and regulate the fluid balance in the body as well as the balance of electrolytes and acid/base amongst others. Kidneys are important organs whose functions most of us take for granted, but when kidneys silently stop working this can create a life threatening situation. Renal replacement therapy, RRT, (dialysis or kidney transplantation) may save the lives of many patients for years and even decades, as kidney function can be replaced by machines for a long period of time—but patients on dialysis (and transplanted patients to a lesser extent) have shorter life expectancies. This is why kidney failure (end-stage renal disease) should be prevented wherever possible.

A new analysis of data in the ERA-EDTA Registry shows that men are affected by kidney failure much more often than women. In 2016, 26,446 men and 14,820 women started renal replacement therapy. Amongst older patients (>75 years of age), the difference was even more striking: the incidence in men was 2.7 times higher than that in women. ‘One can only speculate about the reasons’, explains Professor Ziad Massy (Paris), Clinical Nephrology Governance Chair/Chair of the Registry. The protective effects of oestrogens in women and/or the damaging effects of testosterone might cause kidney function to decline faster in men than in women. Moreover, elderly women seem to be more inclined to choose conservative care instead of RRT.

However, hypertension or diabetes may also be implicated. There are distinct gender differences in the incidence and severity of hypertension. It is more common in men and could be prevented by lifestyle changes. ‘You can reduce it to a simple formula’, says Massy. `Beyond treatment, more sports and less body weight will result in lower blood pressure. ´