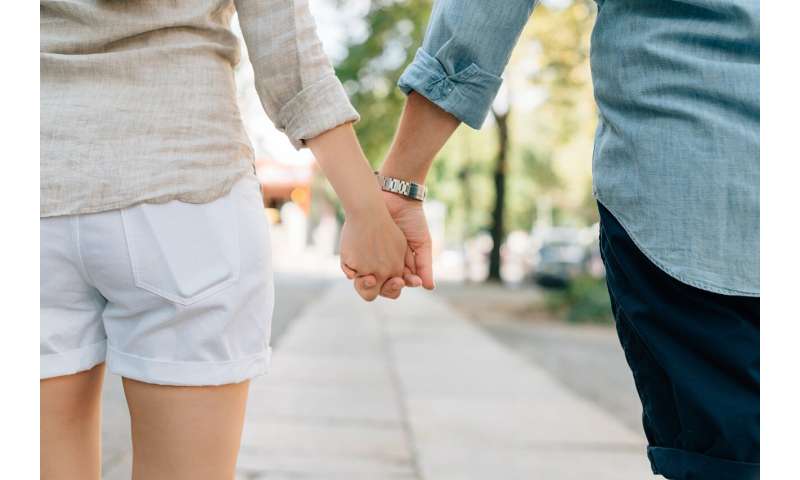 People who have trouble with romantic relationships may watch movies and TV shows for more than just a chance to escape from their lives for a bit.

New research suggests that people with attachment issues are more likely than others to be engaged in the stories—for instance, to say that they feel connected to the fictional characters and think about what they would do if they were in the same situations.

The results suggest that stories provide a “safe space” for some people to deal with relationship issues in their lives, said Nathan Silver, lead author of the study and a doctoral student in communication at The Ohio State University.

“We can do a lot more with stories than just escape into them,” Silver said.

“For people with attachment issues, movies and TV shows can be a way to try to understand their problems or to vicariously meet their needs for intimacy in a way that they may find difficult in real life.”

Silver conducted the study with Michael Slater, professor of communication at Ohio State. Their results were published online recently in the Journal of Social and Personal Relationships and will appear in a future print edition.

The study involved 1,039 adult Americans who participated online. The goal was to see how the ways people coped with attachment insecurities related to how they interacted with movies and TV shows that they watched.

Researchers examined two dimensions of attachment in romantic relationships: avoidance and anxiety. Those high in avoidance tend to not want to get too emotionally close to their partners. Those high in anxiety behave in a way that is commonly referred to as “needy.” They need constant reassurance that their partner cares about them.

Participants also completed a variety of questionnaires about how they interact with the movies and TV shows they watch.

Results showed, not surprisingly, that people who were high in attachment avoidance but low in anxiety were less engaged with the stories they watched and did not feel as strong a connection to the characters. They showed the same avoidance behaviors with the movies and TV shows they watched that they presumably do in real life, according to the researchers.

Those high in attachment anxiety were more engaged with the stories, Silver said. Especially interesting were the people who were high in both anxiety and avoidance, Silver said.

“These are the classic self-sabotagers. They really want supportive intimacy, but tend to screw it up because they also have these avoidance behaviors,” he said.

“What the story world provides these people is a safe place to deal with this ambivalence. That’s why I believe they are engaging more in the story world.”

Results showed that those who scored high in anxious-avoidant attachment style engaged more in stories in a variety of ways.

For example, they were more likely to say they were absorbed or transported into the story world; that stories helped them understand people they didn’t know; that they imagined what would happen if characters in shows made different choices; and that they liked to imagine they knew their favorite TV and movie characters personally.

“When they watch their favorite shows, people with attachment issues can imagine a relationship without the real-life problems, like the storybook romance of Jim and Pam on The Office,” Silver said.

“If you take the perspective of Jim, you don’t have to be anxious about Pam. You can vicariously have this very functional relationship, just like they do on the show.”

“What our results suggest is that people with these issues can use the story world to think about how they would react if they had the chance. They expand their social experiences, at least vicariously.”

Slater said researchers don’t know if this vicarious living through stories helps people in real life or not. “But we would speculate that this is certainly one of the attractions of stories.”

Silver noted that attachment is not necessarily the most important determinant of why people engage with TV and movies. But it does have important consequences.