Home » Health Problems » How Important are Our Kidneys to Our Overall Health?

The kidneys play a dominant role in regulating both the volume and composition of the extracellular fluid. They function to ensure that the body maintains a homeostatic internal environment. They achieve this by excreting the appropriate amounts of several types of solutes. The substances that are ex greeted are both substances that are in excess, and therefore waste, alongside foreign compounds. 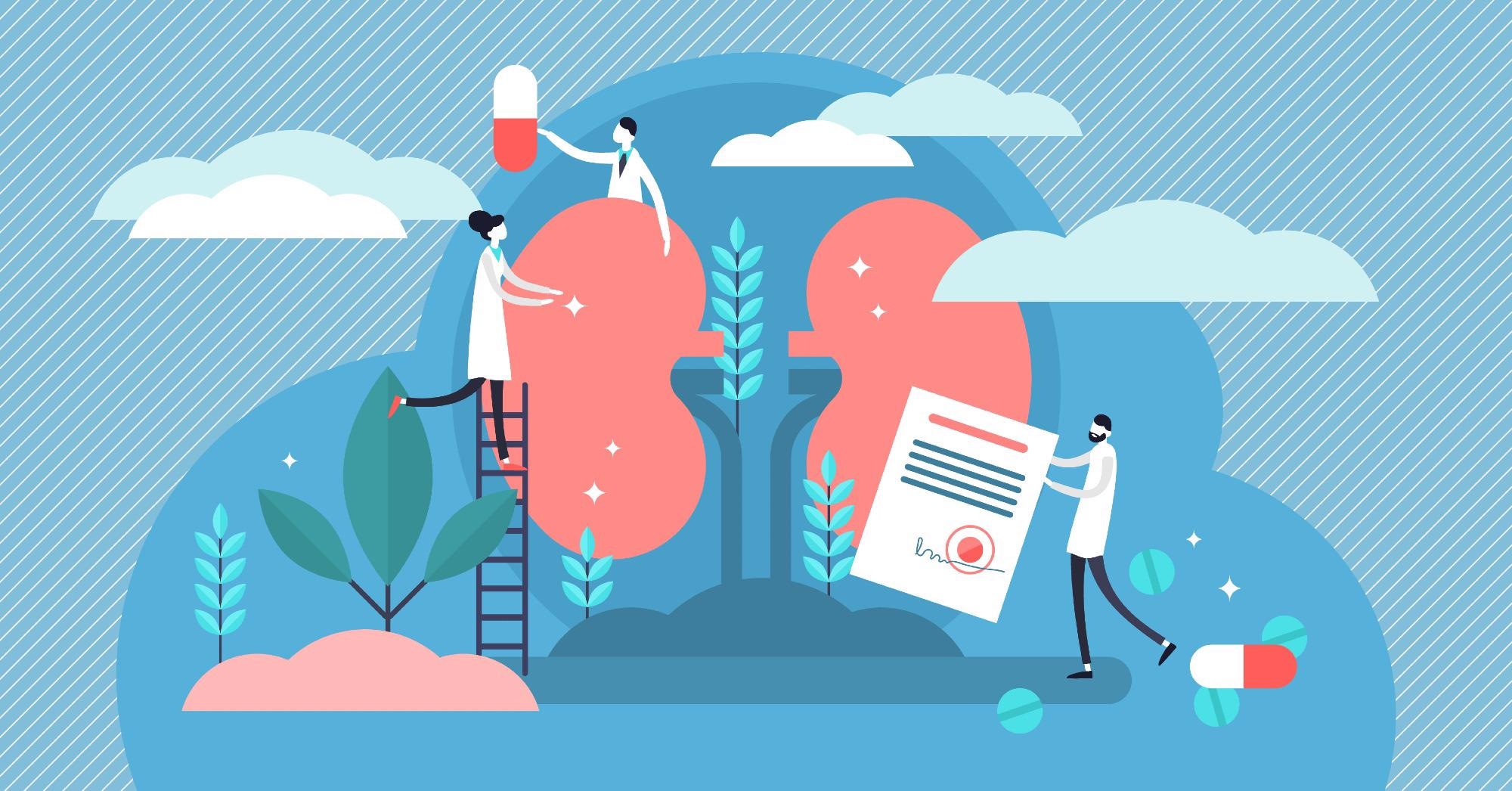 When kidneys fail, several problems result. The first-line treatment of kidney impairment, dysfunction, or failure, or dialysis and kidney transplantation, though the latter is common only for advanced (end-stage) kidney disease.

The average weight of each of the two kidneys in the human body is approximately 150g. There are two regions seen in a cross-section of a kidney. These are the outer region, called the cortex, and an inner region called the medulla. The core taxes are typically reddish-brown and appear granulated. This is due to the presence of nephrons, which is the functional unit of the kidney.

The Structure and Function of the Nephron

The DCT, as the name suggests, is the most distant and final part of the nephron, and it connects and empties its contents into ducts that line the pyramids. All of these collecting ducts collect contents from several nephrons and are fused as they reach the papillae.

An Overview of Kidney Function

Three processes are involved in forming urine. These are glomerular filtration, tubular reabsorption, and tubular secretion. Glomerular filtration involves the ultrafiltration of plasma into the glomerulus. The filtrate collects in the urinary space of the Bowman's capsule and flows downstream through the tubule lumen.

In the tubular lumen, activity alters its composition and volume. Tubular reabsorption is comprised of the transport of substances out of the tubular urine. These substances are then put back into the capillary blood which surrounds the tubules of the kidney. Reabsorbed species include important ions, metabolites such as glucose and amino acids, water, and small quantities of waste products such as uric acid or urea.

In tubular secretion, several substances are transported into the tubular urine. The terms reabsorption and secretion refer to the movement of substances out of, and subsequently into, urine, respectively. Both forms of tubular transport can be active or passive, depending on the substance being moved and other conditions. Excretion is the net sum of filtered – (reabsorbed and secreted).

What Are the Core Functions of the Kidney and How Do These Relates to Health?

The kidney is a complex organ that works in conjunction with several other organs and systems in the body. As such, they perform a variety of important functions which include:

Overall, the kidneys perform several important functions related to the homeostatic control of the extracellular fluid. They are the critical organ for waste removal and maintenance of appropriate levels of water for osmotic pressure. In the absence of homeostatic balance, muscles, nerves, tissues, and whole systems in the body fail; in individuals experiencing kidney failure, a multitude of problems arise which include high blood pressure, heart disease, anemia, mineral and bone disorders, as well as malnutrition.

Hidaya is a science communications enthusiast who has recently graduated and is embarking on a career in the science and medical copywriting. She has a B.Sc. in Biochemistry from The University of Manchester. She is passionate about writing and is particularly interested in microbiology, immunology, and biochemistry.