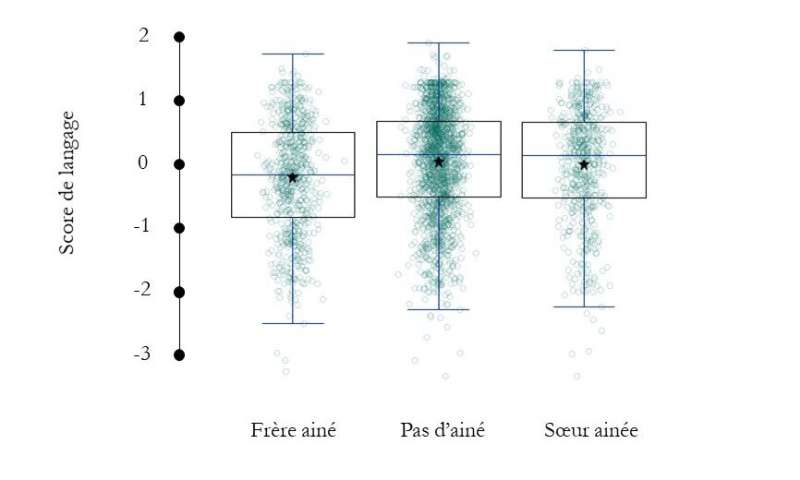 Intuitively, it is tempting to think that a child who has an elder brother or sister will grow up in a stimulating linguistic environment and will develop their language skills faster than the family’s firstborn. However, several studies have shown the contrary: the acquisition of language in a child with an elder sibling is reported to be slower than a child who has none.

What is even more surprising is that apparently only elder brothers impact the language skills of their younger siblings, as a study conducted by a research team from the CNRS, the AP-HP, the EHESS, the ENS and the INSERM has just shown. The study finds that children who have grown up with an elder sister have identical development to children with no elder sibling.

More than 1000 children have been followed from birth to five and a half years old in the mother-child cohort EDEN2. Their language skills were evaluated at 2, 3 and 5.5 years old by tests measuring several aspects of language, such as vocabulary, syntax and verbal reasoning. Children who have an elder brother had on average a two-month delay in language development compared with children with an elder sister.

The scientists propose two hypotheses that may explain this result. The first is that elder sisters, in being more willing to talk to their younger siblings than brothers, may compensate for their parents being less available. Another hypothesis would be that elder sisters compete less than elder brothers for parental attention.