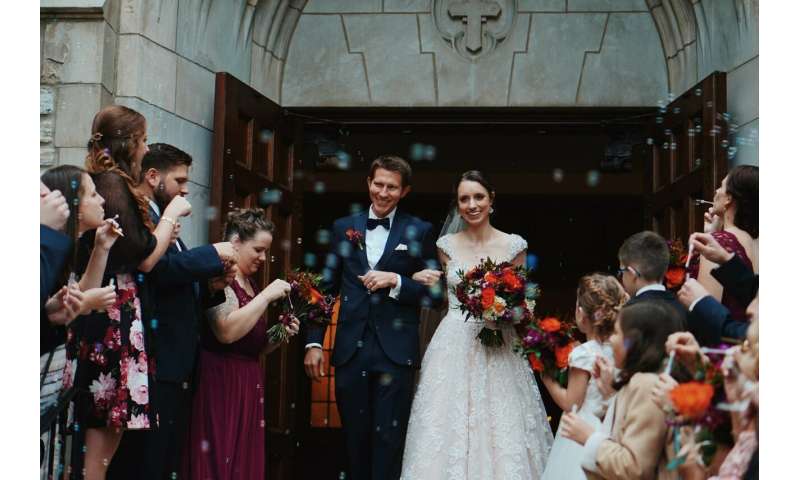 People are evidently no good at predicting their own happiness or unhappiness: key life events such as marriage, invalidity or the death of a partner affect well-being for less time than those affected think. Two economists from the University of Basel came to this conclusion in the Journal of the European Economic Association.

Estimates about how people assess their future well-being are the basis of many decisions, which means they are also of economic interest. People tend to be bad at predicting their subjective well-being, report Dr. Reto Odermatt and Professor Alois Stutzer from the University of Basel’s Faculty of Business and Economics. For their study, they used data from a long-term survey of more than 30,000 people in Germany.

Return to the level of previous years

The two researchers compared predicted life satisfaction with what the participants actually reported five years later. They focused on people who had experienced major life events such as marriage, the death of a partner, invalidity, unemployment, separation or divorce. This showed that the events had less of a long-term impact on predicted satisfaction than the participants assumed.

As expected, the examined life events had a significant impact on the subjective well-being of those affected: positive events were linked to a strong increase in life satisfaction, and negative events to a strong decrease. However, people systematically underestimated how long the effect of an event would continue. The fluctuations in life satisfaction did not last long, but rather swung back completely or partially to the long-term level of previous years.

Recently married people, for example, overestimate how happy they will be in five years’ time. In contrast, people underestimate their future life satisfaction after negative events, such as having recently lost their job, becoming partly or fully disabled, or the death of a partner. There was an exception, however: after separating from their partner, participants estimated the change in their life satisfaction five years later more or less correctly.

“Our results run contrary to the central assumption of economic theory that individuals can usually predict what will benefit them,” explain the researchers. The effect of adaptation could contribute to these mispredictions: people do not place enough weight on the idea that they can get used to positive or negative circumstances and adjust to them. Events and new circumstances thereby lose their appeal – or become less burdensome.

The consequences of misprediction