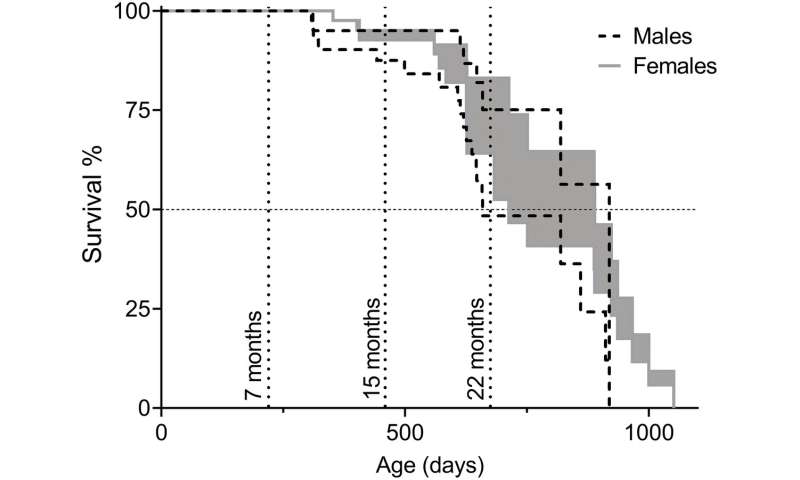 The researchers found that both males and females demonstrated decreased exploratory behavior with age, while memory and depressive-like behavior were maintained.

There is a male sex bias in all biomedical disciplines, although several studies confirm a sex difference in behavioral testing of mice.

Female exclusion has been rationalized by menstrual fluctuations interfering with behavioral data; however, a number of studies have shown that while the estrous cycle increases variability within female cohorts, behavioral differences between the sexes are independent of estrous cycle effects.

Activity in the open-field and especially exploratory behavior of both male and female C57BL/6J mice has been shown to decline with age and can fundamentally influence other behavioral testing during the aging process.

The forced swim test is one of the most commonly used tests to assess depressive-like behavior by recording the activity of mice placed in water tanks.

In this work, the authors analyzed the behavior of male and female C57BL/6N BALB/c F2 hybrid mice as they age, by following the lifespan of littermates and subjecting cohorts of mature adult, middle-aged, and old mice to behavioral phenotyping.

To the research team’s knowledge, this is the first behavioral study to consider both sex and aging in mice with a hybrid background.