You either love it or you hate it, but this much is certain — La Croix elicits strong reactions from people. We tend to fall into the camp of this sparkling water’s loyal followers. It’s light, it’s bubbly. What’s not to love? One of our favorite features of La Croix is arguably the very thing that critics complain about: the flavors. They’re subtle and never too overpowering, ensuring they remain super-refreshing (especially straight out of the fridge… perfection!).

But even true fans like us find some of the flavors to be less enticing than others. To that end, we decided to do a bit of research (read: imbibing) to put together a definitive guide to La Croix’s best and worst flavors. From worst to best, here’s what we came up with. 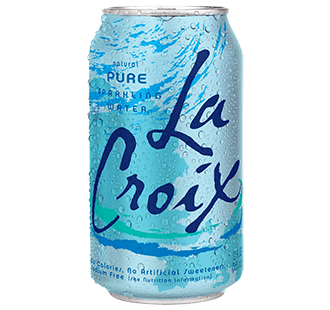 Here’s the thing — if you’re going to drink a plain seltzer water, there are more affordable options. Play to La Croix’s strengths by only purchasing the flavored varieties, because Pure will do absolutely nothing for your palate. It’s not even very refreshing. In fact, we found it made us feel thirstier. 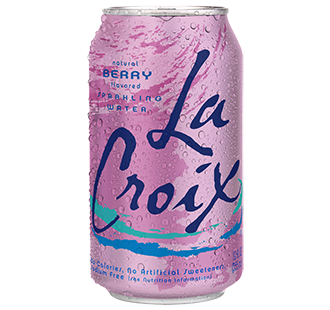 Trying to convince a skeptical friend that La Croix is totally worthy of your devotion? Don’t hand them a can of Berry. It’s everything that’s wrong about fruit-flavored seltzer water — a puzzling combination of bland and too bold. 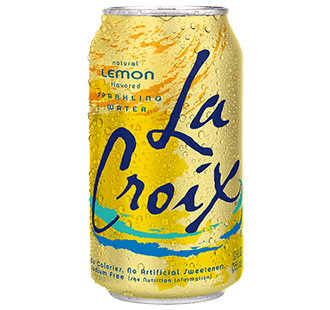 What can you say here? Lemon-flavored sparkling water is about as basic as it gets (which, depending on your druthers, is either a major pro or an unforgivable con). 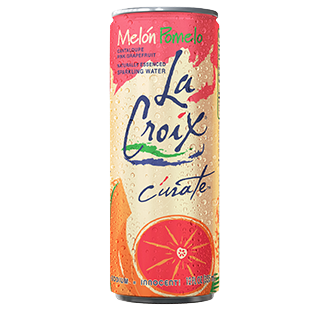 Let it be said that you can never go wrong with grapefruit-flavored foods and drinks. Hence, Pamplemousse’s top billing. Where this flavor veers into the unfortunate territory is with the melon part of its name: cantaloupe, a tricky flavor to incorporate even in the best of circumstances. Here, it doesn’t quite mesh. 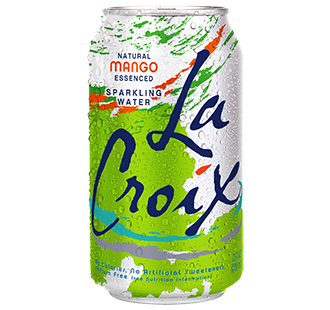 It’s entirely possible that the flavor of Mango gets lost in the debate over its can, which imbibers cannot understand the color scheme of. (In case you’re curious, the company explains this decision as being due to the fact that “mangos are green on the outside with a slightly red hue on top when ripe.”) 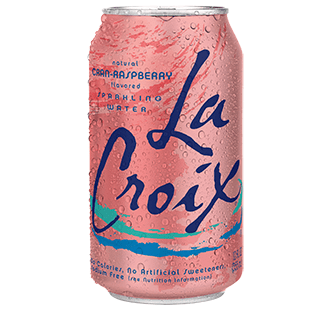 Unexpectedly, this flavor stirred up a bit of controversy. Who knew combining cranberry and raspberry could be so polarizing? Some find Cran-Raspberry sweet and perfectly balanced (*raises hand*). Others, though, found it to be a non-harmonious blend. 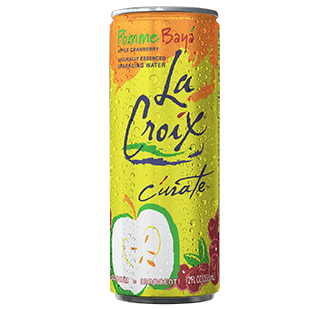 This flavor is supposed to represent apples and berries. Sadly, it doesn’t pull off either. Not to mention, it has a strangely earthy flavor. Mud? Clay? Whatever it is, it shouldn’t be in a La Croix can. 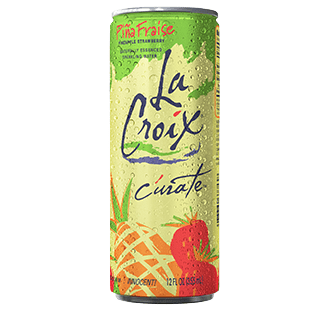 Oh, how we wanted to love “Pineapple Strawberry” more. Alas, even though the flavors are bold, they’re just not that appetizing. The pineapple doesn’t come through enough, and the strawberry tastes like a berry plucked from the vine before its prime. 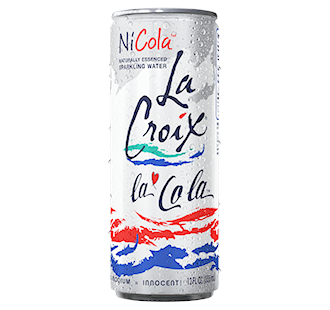 This is exactly what it sounds like — sparkling water infused with the essence of cola. Aside from the obvious brilliance of such a combination, the flavor here is pretty decent too. It’s sort of cinnamon-y and spicy, and certainly tasty enough to fight off cravings for real soda if you’re trying to quit. 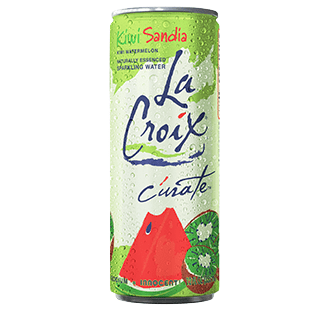 If you’re looking for kiwi in a can, keep looking. But if you tend to reach for those candy watermelon slices at the movie theater, you’re going to love this watermelon-y flavor. Having said that, it also sort of tastes like a watermelon Jolly Rancher that sat in the sun too long. 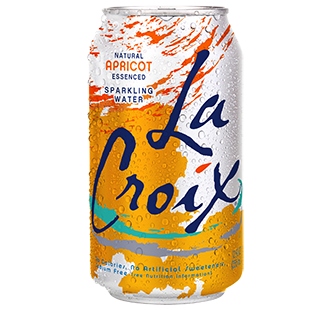 There’s nothing wrong with apricot, per se. It simply lacks the presence of some of La Croix’s more memorable flavors. Sorry, Apricot fanatics! 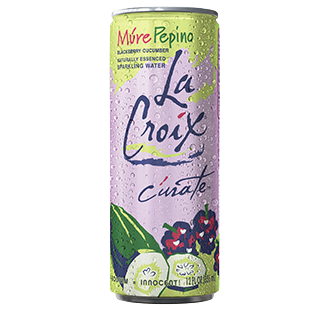 The translation here is “blackberry cucumber,” which in and of itself should serve as a disclaimer — it’s always a gamble to pair cucumber with anything as a flavor. Sometimes it works (here’s looking at you, cucumber melon); other times it’s less successful. We’d file this flavor under the latter category. It does have an impressively potent blackberry flavor, but there’s also something about it that isn’t quite right. 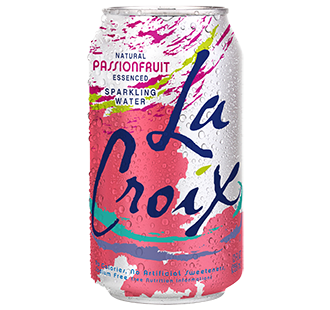 For those of us who are admittedly unclear as to what actual passionfruit tastes like, this slightly tart but also a little sweet flavor can sure hit the spot. If you’re more of a passionfruit connoisseur, so to speak, you’re probably going to write it off as “artificial.” 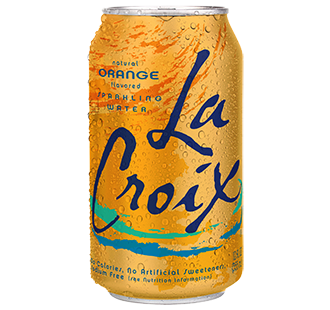 Mm, there’s something comforting and nostalgic about Orange La Croix. It’s sort of like the orange soda you used to sneak as a kid, only with far less sweetness (read: sugar). It deserves its fan-favorite status. 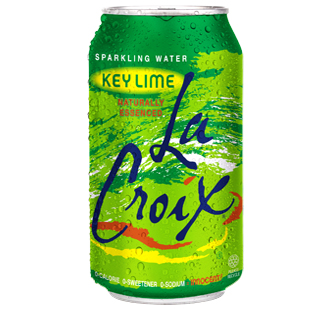 Is this the dark horse of the La Croix world? Classic Lime gets all the attention, but Key Lime clearly deserves more due for its depth. In addition to the crisp essence of fresh Key Lime, there are hints of toasted meringue and even graham cracker. Sold! 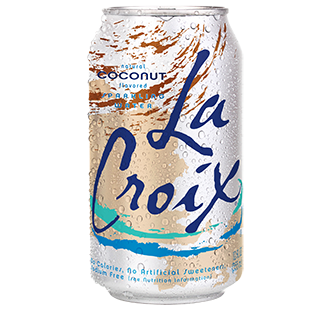 You’re either going to see coconut’s ranking and think it’s a great travesty of our times that it isn’t closer to the top of the list, or you’re going to be baffled that it isn’t dead last. There is no middle ground with this flavor — it is, without a doubt, the most polarizing of La Croix’s offerings. As a devout lover of all things coconut, I don’t find it offensive. Still, it isn’t as tropical-vacation-in-a-can as I’d like it to be. See also: One friend described it as strangely metallic and sort of like licking sunscreen off of a mailbox, so…. 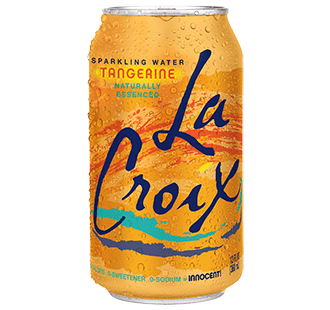 In full disclosure, I experienced a great internal tug-of-war over whether tangerine and lime should be swapped on this list. Personally, I think La Croix pulled off some sort of sorcery to recreate the exact flavor of freshly peeled tangerine in a can. Try it — you might just find your new favorite La Croix citrus. 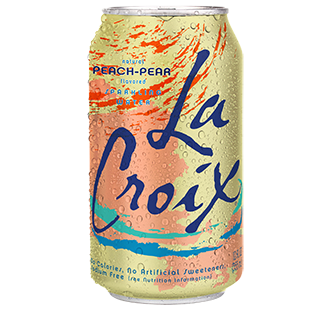 Pretty much anything that is peach or pear flavored turns out to be delicious, so how clever of La Croix to combine the two! The peach almost overpowers the pear but, to be honest, we don’t mind — it’s delicious. 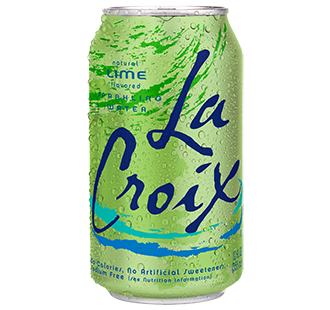 Ah, yes… ol’ trusty. Lime edges out all of La Croix’s other citrus flavors and generally seems to be well-liked by everyone. When you stock your mini-fridge, make sure these guys are represented. 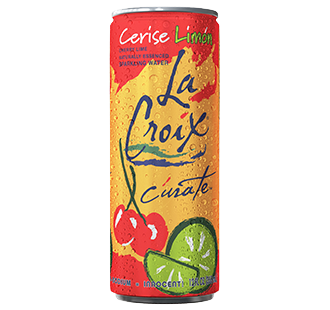 Translated, this means “cherry lime” — and while the lime flavor is subtle, the cherry more than makes up for it. If you like your sparkling water to taste more like a soda or some other more indulgent drink, this is the can for you. 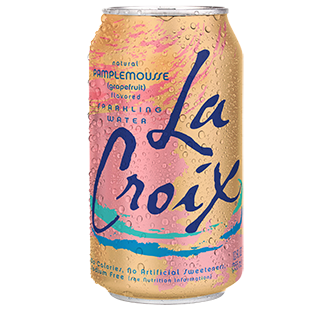 Dubbed the gateway drug of La Croix, Pamplemousse’s refreshing grapefruit flavor is pleasing enough to convert even the most die-hard of sparkling water skeptics. Plus, the can’s pretty, so there’s that.