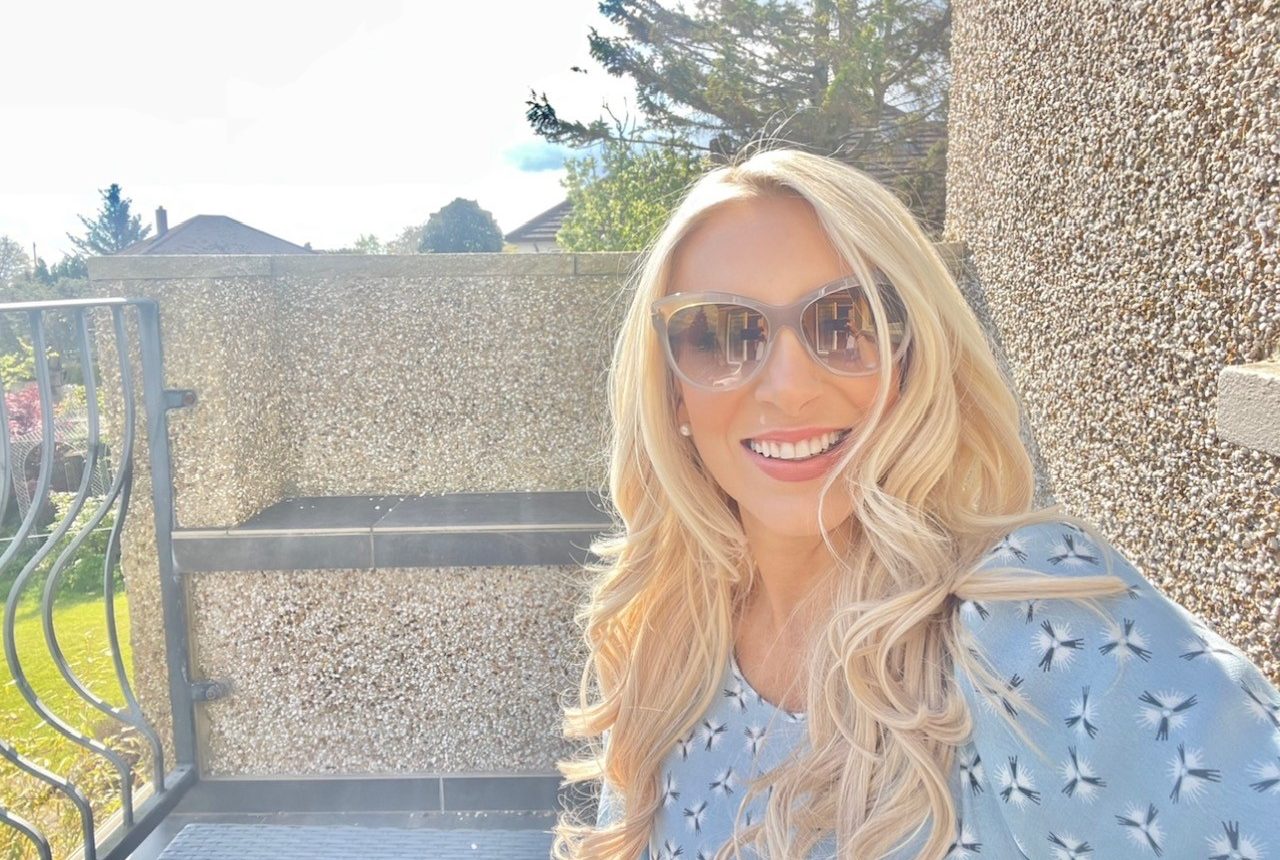 ‘Women tend to get fobbed off at the doctors,’ explains Leah Gott, from Lancaster. ‘They say an issue might be “hormones”, “something you’ve eaten” or “your time of the month”.’

The 42-year-old experienced this reaction first-hand after suffering from debilitating pelvic pain for six years.

Leah first noticed an issue in 2013, when she kept needing to wee during the night and experienced uncomfortable bloating.

Doctors ran some samples and carried out an ultrasound scan for cysts on her ovaries, but nothing was found.

Gradually over time, her symptoms began to worsen – so much so that she even became housebound.

The mum-of-one tells Metro.co.uk: ‘I thought I’d get on with it and live with it, but it kept getting worse and worse, and then the last two years it was unbearable. I was basically housebound. I didn’t go anywhere because I needed the loo all the time.

‘I was just literally sat in the bathroom all the time. It was just 24/7 in pain – so you can imagine I was miserable to be around.

‘I was on morphine and Ibuprofen. It massively affected my mental health, to the point where I didn’t want to be here any longer. I thought “wow, if this is my life, I can’t live like this.”’

Leah’s difficult condition even caused arguments with her husband and affected her family life. Her friends joked about her being ‘an old lady’ for needing the toilet so frequently.

Afer six years of living with symptoms, Leah couldn’t deal with the pain any longer, and doctors finally sent her for a second scan. This time, results showed she had pelvic congestion – a condition where varicose veins develop around the ovaries.

While Leah had never heard of the condition before, a little research highlighted she had all of the main symptoms.

After deciding to book a private hospital appointment to speed up the process of treatment, the mum-of-one was disappointed to hear the lack of options available – including the drastic measures one doctor suggested.

By this point Leah and her husband already shared a son, with no plans for more children – but adds that she was still shocked at such a drastic surgery suggestion.

However, after some research Leah found, to her relief, there was another and much less drastic option out there – a quick procedure called pelvic vein embolisation, which is offered in certain private clinics across the UK.

After arranging a consultation at The Whiteley Clinic, in London, Leah had her procedure within six months – and she says it was quicker and much less invasive that she anticipated.

The pelvic vein embolisation came with a £4,079 price tag – as well as a screening fee. In Leah’s case, her parents offered to pay it, after watching her suffer for so long.

She adds: ‘I was desperate to try anything and I was very lucky my parents wanted to pay because they knew how it was affecting my life. I felt really, at this point, there was nothing to lose.’

But Leah says the procedure itself was over in five minutes.

The treatment involved a needle going into her neck and down to her pelvis where coils were inserted, in order to permanently block the varicose veins causing pain.

She explains: ‘Honestly, I didn’t even feel like needle going in, and then the next minute the doctor said it was done.

‘I thought he was winding me up, but he wasn’t. He’d done it in record time and he put five coils inside – then I walked straight out. It was a miracle.’

The procedure was so simple, Leah says she even went shopping in London with her husband afterwards – something she couldn’t picture herself doing when she was housebound just months before.

Now, the 41-year-old is on a mission to spread awareness of pelvic congestion syndrome and the treatment available for it – so other people don’t think they have to just ‘live with it.’

She adds: ‘I think how many people are sat there with the same problem worried and Googling and thinking they have cancer, or are going through hysterectomies and they don’t need to.

‘If you do think there’s something wrong, just go for an ultrasound scan. It was there, plain and simple: pelvic congestion.

‘I just don’t want anyone to be fobbed off and have treatment that they don’t need – like drastic surgery.

‘I was so shocked the private doctor never mentioned treatment of the veins – because that’s what I’d been told was the cause of all my problems.

‘I wish the doctors would offer treatment for the problem and not, for some reason, not even acknowledge the problem that had very clearly shown up on the original NHS hospital scan.’

Leah is also urging women to fight when they know something is wrong.

‘You’re not daft, you’re not imagining it,’ she continues. ‘Some people might be told it’s IBS, or you’re intolerant to gluten, but just get everything checked out before you have surgery.

‘I don’t want to think of anyone sat there going through what I went through and just brushing it under the carpet.’

Currently, pelvic vein embolisation isn’t available on the NHS, but a number of private clinics and hospitals offer it across the country with prices starting from £2,600.