Home » Health News » 'Why Didn't Anyone Ever Tell Me I'd Poop My Pants While Running Post-Baby?'

After I had my daughter, Fianna, it was two months until I went for my first post-baby run. I was experiencing a true runner’s high…until I walked into the bathroom and noticed a dark brown stain in my underwear.

“I pooped my pants,” I blurted out to my obstetrician as soon as she opened the door at my next visit.

She told me that’s normal, especially for someone who’s had an episiotomy, or a surgical cut at the base of the vagina to help the doctor deliver the baby, as I had.

Some experts think fecal incontinence may be more prevalent than research suggests. “Fecal incontinence is something that people have to report themselves, and often they’re embarrassed,” explains Allison Romero, DPT, a pelvic-floor clinical specialist in the San Francisco Bay area. “It’s something that I see in about a third of my patients at a six-week postpartum visit.”

As for me, when I asked if there was anything I could do to stop it, my doctor said to give it time and that someone from her office would reach out. Shortly afterward, I got a phone call from the doctor’s office asking if I wanted to schedule a surgery to cut through the scar tissue running from my perineum into the labia and re-sew it.

At that point, I felt the kind of anxiety that only a run can release. Yet my sneakers, which are usually covered in mud from trail runs, sat idly by the front door—and my body remained tense. I had a beautiful baby girl, but I’d lost a part of myself in the process.

Instead of scheduling the surgery, I called a pelvic-floor therapist. At my first appointment with her, I choked back tears and shared my labor story. She listened closely and performed a pelvic exam, inserting her finger into my vagina to inspect and massage my pelvic-floor muscles. The muscles were tight and sensitive to any contact. I was afraid of enduring additional pain, but more scared by the possibility that my body would not recover. 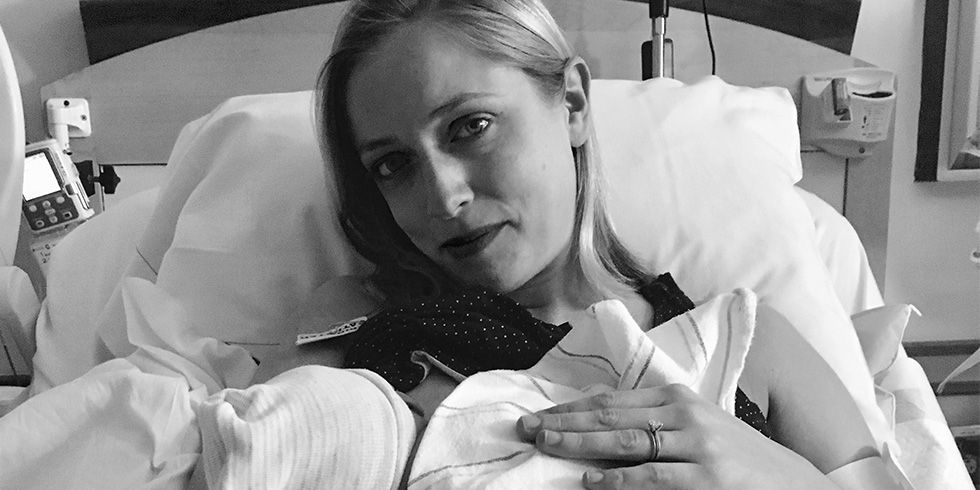 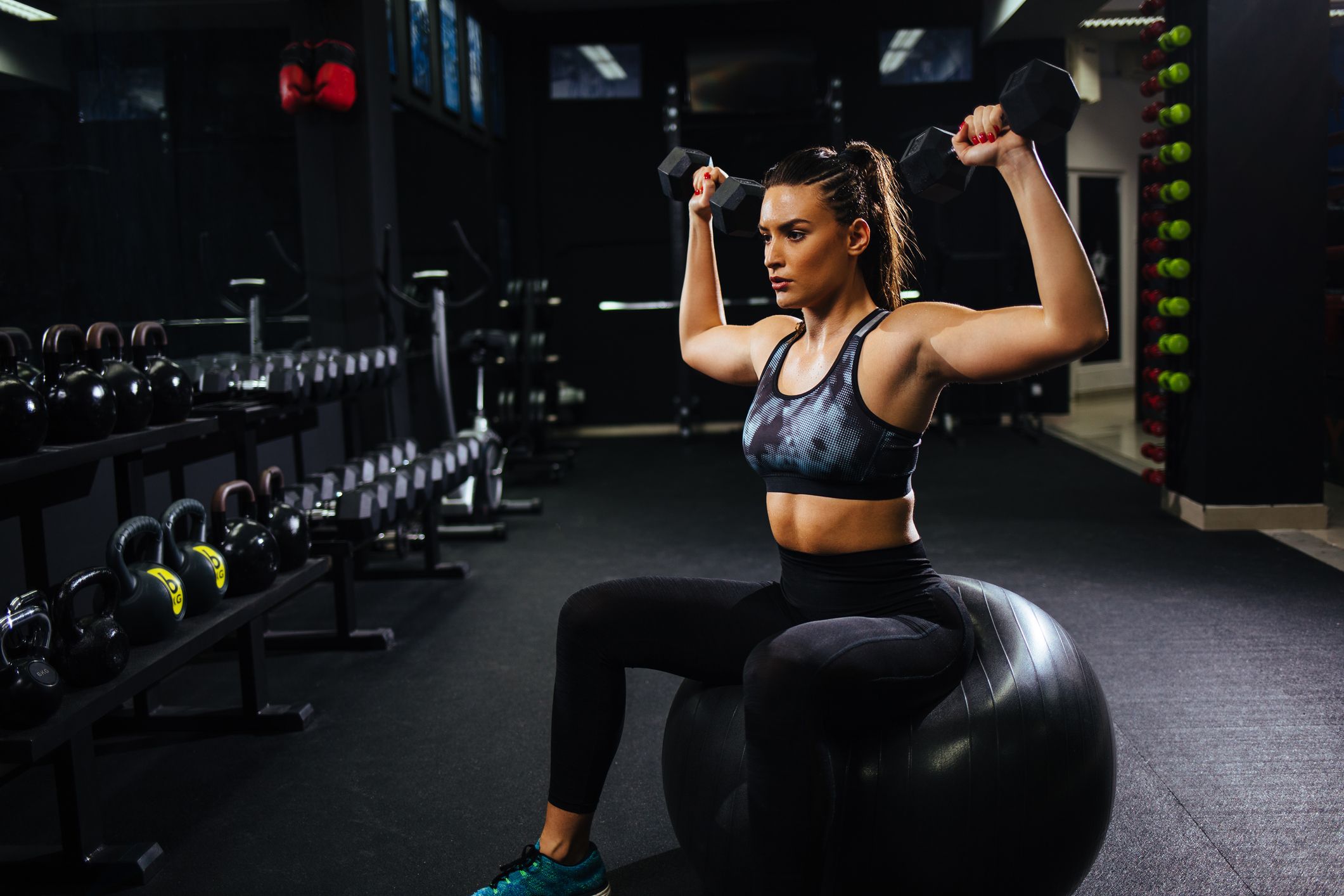 She explained that the pelvic-floor muscles along the line of my scar were weak due to the trauma of labor—and that’s what was causing my fecal incontinence. I left with homework (exercises to strengthen the muscles) and the promise that, in time, my body would feel like mine again.

Try this beginner’s Pilates workout at home to help strengthen your pelvic-floor muscles:

A couple of days later, I attempted a three-mile run around a lake close to our house, using an insert that supported my pelvic floor muscles (it looks identical to and feels like wearing a tampon). I repeated that run for weeks with it in place. Over time, I began to use the insert on every other run. I slowly cut back until I could run that distance without it. I started to add more mileage gradually.

My recovery was not a straight line. Sometimes, I’d have several successful runs at a new distance and then randomly have an accident. Before I had a baby, I never imagined that my recovery would take longer than a couple months. But the time it takes to get back to normal after experiencing fecal incontinence can vary greatly, says Allyson Shrikhande, M.D., a physical medicine and rehabilitation specialist at Pelvic Rehabilitation Medicine.

“The first part is re-setting those muscles, which would take about six to eight weeks—and then we have to do a proper neuromuscular re-education for another eight to 10 weeks,” she explains. “It’s about a three- to six-month process.”

Around 16 months postpartum, I told my husband, Peter, that I wanted to sign up for a half-marathon to raise funds for maternal health. He quickly responded, “Let’s do it!” At that point, I was running often without the insert, but barely more than seven miles. I had recovered well physically, yet I hadn’t regained confidence in my body’s strength.

I saw his enthusiasm and thought he might be mistaking me for the old me, the one who could push herself physically on short notice. But I committed; I needed to see myself the way that he did, and this challenge was how I planned to do it. 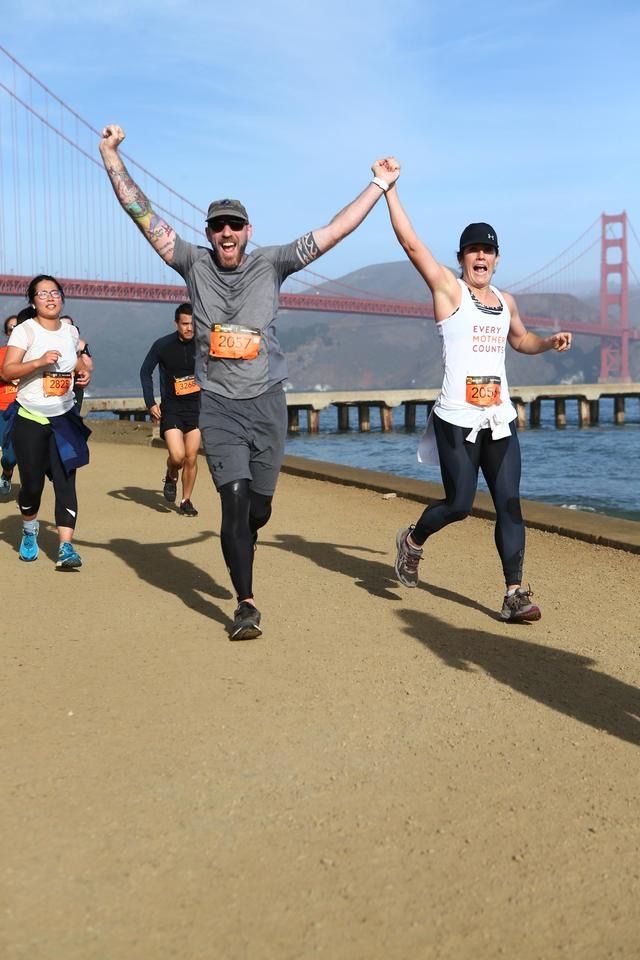 Me and my husband, Peter, hand in hand, finishing a half-marathon in San Francisco.
Katie Reilly

A month later, on the morning of the race, when I took off with Peter next to me, the familiar feeling of my feet hitting the pavement sunk in. My sneakers pounded the ground, and sweat started to drip into my eyes. My mind soared like it once did, and I was flying again.

Since that race, I’ve seen the pelvic-floor therapist a handful of times—if I experienced pelvic-floor pain or was preparing for a big physical activity. In August of this year, over two years postpartum, I ran a half-marathon by myself in Oakland, where I live. And my race time was under two hours—my fastest yet.