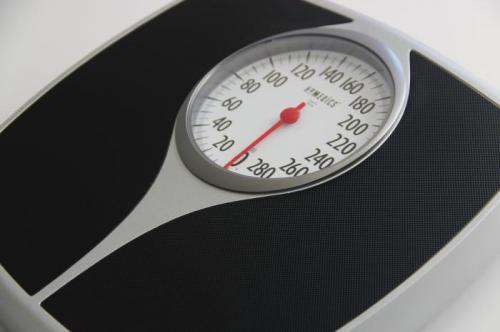 When the body is subjected to a high-calorie diet, the physiological response is not homogeneous and some organs or tissues are more sensitive to metabolic stress. Under these conditions, the white adipose tissue of the visceral cavity is the most vulnerable organ to obesity-related metabolic changes, according to a new study published in the journal Redox Biology and led by Professor Pablo M. Garcia-Roves, from the Faculty of Medicine and Health Sciences of the University of Barcelona, the Bellvitge Biomedical Research Institute (IDIBELL) and the Biomedical Research Networking Center for Physiopathology of Obesity and Nutrition (CIBEROBN).

This vulnerability is manifested in the magnitude of metabolic changes in obese animals and the poor response of the tissue when the same animals lose weight through lifestyle changes and return to metabolic health. The study—based on an animal experimental model—shows that when physiological stress exceeds the capacity of white adipose tissue to respond, it reaches a point of no return where it loses its metabolic plasticity.

The study includes the participation of members of the Faculty of Pharmacy and Food Sciences and the Institute of Biomedicine of the UB (IBUB), the August Pi i Sunyer Biomedical Research Institute (IDIBAPS), the Rovira i Virgili University, Ramon Llull University, the Diabetes and Associated Metabolic Diseases Networking Biomedical Research Centre (CIBERDEM), the University of Santiago de Compostela, the Universities of Cologne and Leipzig (Germany) and the Medical University of Innsbruck (Austria), among other institutions.

Obesity—still stigmatized in our society—always generates important changes in physiology and metabolism. Many of the changes we can describe in obese people could be regarded as mere physiological adaptations to the stress of an excessive caloric intake. But to what extent can we make this excessive intake chronic? What is the limit to continue stressing our body?

“It is not an easy task to define these limits and this is one of the main challenges in the studies on obesity and biology in general,” note researchers Pablo M. Garcia-Roves and Pau Gama-Pérez. “Exceeding these adaptive limits may be the trigger for all those obesity-associated comorbidities that are of great public health concern.”

One of the main functions of the adipose tissue is to store fat and regulate excess calories. “If that fat were stored in other organs, the consequences would be far more counterproductive to health. The cells in adipose tissue increase in size, multiply and communicate with each other to report the stresses they face. Hypoxia and inflammation, for example, are indispensable signals for their cells to act in a coordinated way, store excess fat and inform the brain that energy reserves are covered,” says Gama-Pérez.

Mitochondria at the point of no return

When these signals are ineffective and caloric excess becomes chronic, metabolic problems can occur, and many cellular elements cease to function properly. Mitochondria—the cellular organelles responsible for generating metabolic energy—are a key element in understanding this physiological point of no return, the authors say.

“Many alterations in gene expression and protein synthesis in the adipose tissue of obese animals had some connection with the mitochondrial function. In our study, we found that several aspects of mitochondrial inner membrane morphology and structure were not optimal and it could have serious functional implications,” says Garcia-Roves.

“In particular,” the researcher continues, “one of the most significant findings is the very pronounced loss of the organelle’s own genetic material, known as the mitochondrial DNA.”

A snowball effect on metabolic dysfunctions

The role of mitochondria in the metabolic dysfunctions that obesity produces in adipose tissue has already been described in the scientific literature. However, the new study shows for the first time that the pathophysiological imprint caused by obesity is able to persist—and even become more pronounced over time—when the animals return to the metabolic health or the other biological processes altered in the tissue recover.

This physiological damage would propagate and could be defined as a snowball phenomenon triggered by the stress of chronic caloric excess on the adipose tissue. This physiological dysfunction could also involve, to a lesser extent, peroxisomes—the cellular organelles involved in substrate metabolism—and the elimination of reactive oxygen species (oxidative damage).

“These alterations remain present in the animals over time, even when the metabolic stress from the hypercaloric intake has disappeared. Moreover, the dysfunctions transcend to other cellular components and affect new biological processes (the transport of proteins into the mitochondria, their assembly or subsequent degradation). “In general, this situation involves a much more generalized cellular stress,” note Alba González-Franquesa (Novo Nordisk) and Pau Gama-Pérez (UB), first authors of the study.

The reason why these non-functional mitochondria are not eliminated in order to avoid such a cascade of detrimental effects on the cell is still unknown.

“The degradation of waste products—metabolites, proteins, and even entire organelles—that are no longer functional in order to avoid major problems is a major challenge for the cellular machinery. Understanding the role of the cellular recycling machinery is crucial for understanding health and determining potential therapeutic targets for metabolic pathologies. Our results show clear indications that there are failures in this aspect, which would help us to understand this loss of metabolic plasticity,” says Pau Gama-Pérez.

Age is a critical factor in understanding the body’s responsiveness to a hypercaloric diet. In the scientific literature, older mice have been reported to be more vulnerable to these problems than younger mice.

The new study, carried out on young animals, reinforces the hypothesis that excessive caloric intake accelerates the loss of metabolic plasticity and promotes a certain state of premature aging of adipose tissue. Thus, many of the conditions described in obese animals reproduce many of these signs of aging.

Moreover, whether the physiological fingerprint described in the visceral adipose compartment is also reflected in the subcutaneous fat compartment is still unknown. In the clinical field, it is also unknown how visceral fat responds in these situations and it is difficult to have biological samples obtained by minimally invasive means (especially from thin and healthy individuals to test hypotheses).

Some of the studies that have analyzed visceral fat responses in patients report an increased vulnerability in this tissue, describing alterations very similar to those described in the Redox Biology article.

“Deciphering whether this same imprint remains in humans who have been able to reverse obesity would be an important advance in the understanding of its consequences, and above all, in the design of therapeutic strategies,” the experts say.