Home » Health News » What happens when breast cancer spreads to the lungs? 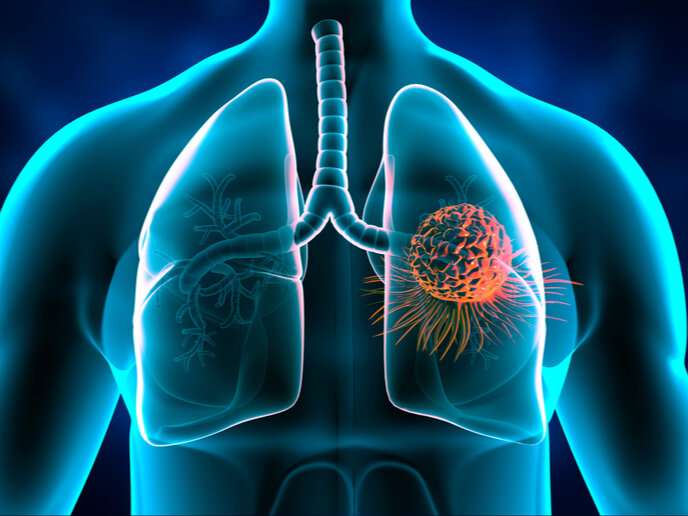 When cancer cells break away from the original tumor in metastatic—stage IV—breast cancer, they usually spread to the bones, liver or lungs. A new study, associated with the MetEpiStem project, describes what happens to metastatic breast cancer cells when they migrate from the primary site in the breast to soft tissues such as that of the lungs. Published in the journal Nature Cell Biology, the research could usher in a new era in the treatment of cancer.

The study found that when cancer cells spread to organs with a soft microenvironment, their metabolism changes and they become resistant to some chemotherapy drugs. “We observed that the stiffening of the primary tumor microenvironment promotes tumor growth, but when cancer cells migrate to tissues such as lungs, they find themselves in a soft environment,” says the study’s first author Patrizia Romani of MetEpiStem project host University of Padua, Italy.

“We know that the mechanical properties of tissues can regulate the behavior of cells, including cancer cells,” the author notes, going on to say that while metastatic site softness may cause metastatic cells to grow more slowly, it also increases their antioxidant defenses. “This accounts for the fact that lung metastases are often resistant to chemotherapy and can remain dormant for many years until they relapse.”

The research team studied the mechanisms responsible for this. They found that, when in a soft microenvironment, metastatic cells activate processes such as mitochondrial fission and the production of chemical mediators (reactive oxygen species). These activate a transcription factor called NRF2, which in turn activates antioxidant metabolism. As a result, the cancer cells become resistant to treatment with some forms of chemotherapy.

All because of shorter mitochondria

The conclusion reached was that it all comes down to the fact that mitochondria—organelles that generate most of the energy needed to power a cell’s biochemical reactions—become shorter in a soft microenvironment. Occurring through a complex chain of molecular events, this shortening is what stimulates the cancer cells to produce antioxidant molecules in large amounts, making them more resistant to some chemo drugs.

Experiments conducted on lab animals have confirmed that when the production of antioxidant molecules is prevented in metastatic cancer cells, for example by elongating the mitochondria, then those cells become sensitive to chemotherapy. Furthermore, this intervention can also prevent metastatic cancer recurrence.