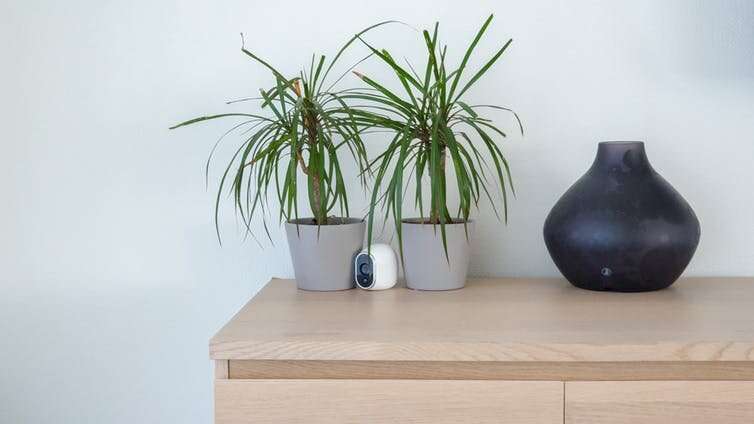 So Lisa did what any concerned child might: She bought a US$199 webcam from Target and put it in her mother’s room.

But she found that nursing home staff kept pointing the camera away from Mary Ann’s bed or unplugging it. Eventually, Lisa bolted it to a piece of furniture and brought a formal complaint against the facility.

In May 2017, the Minnesota Department of Health decided in the Papp family’s favor: The nursing home had to allow a camera in Mary Ann’s room.

Papp’s fight to monitor her mother’s care reflects a reasonable fear. More than 1.3 million Americans live in nursing homes, and elder abuse can be a killer.

Every year, news reports surface about nursing home staff physically or sexually assaulting patients. Physical and cognitive vulnerabilities may make it difficult for residents to report abuse or to have their reports taken seriously.

Web-enabled digital cameras offer one solution. Evidence suggests that ever more people are putting cameras in a relative’s room to detect and deter abuse, though exact numbers are unknown as the practice is often done covertly. Seven states have passed laws enabling families to monitor the care of aging relatives this way.

But nursing home surveillance has significant legal and ethical implications, according to two multidisciplinary studies we published in 2019.

Chief among them is privacy. The most intimate care activities are conducted in view of the camera: washing, using a bedpan, changing underwear. Sensitive conversations with visitors, from clergy to romantic partners, may also be recorded.

“Is this really what the resident would want to have recorded about themselves?” asked one respondent to our survey on webcams in nursing homes.

Consent is another tricky issue.

While state laws regulating camera use require consent from the patient, roughly half of U.S. nursing home residents have dementia, according to the Centers for Disease Control and Prevention. These residents are unlikely to be consulted about camera installation, because they lack, or are perceived to lack, capacity for consent.

In these cases, children often act as parents’ legal proxy to give consent on their behalf.

Even when parents are capable of consenting, we found, children may simply want to avoid conflict with a parent and judge it easier to install an always-on camera without discussion.

Since nursing home rooms are usually shared, the consent and privacy of roommates presents an ethical problem, too. Inevitably, roommates’ conversations will be recorded, and they will be filmed when passing through a camera’s field of vision.

All of the states that allow in-room cameras require that roommates or their legal representative be informed of surveillance and allowed to require that the camera be pointed away from their bed.

But that’s no guarantee of privacy. Dementia or lack of familiarity with technology may mean roommates cannot adjust cameras to protect their privacy. And because nursing homes and assisted living facilities in the U.S. are dangerously understaffed, their caretakers may be unavailable to offer tech assistance when needed.

Webcams are a consumer response to the United States’ inadequate long-term care system.

Long-term care in the United States is poorly funded, primarily by Medicaid. Medicare covers acute but not ongoing services and supports. Most Americans can’t afford the care they will need as they age.

As a result, the nursing home staff trusted to do this demanding and fraught work receive low pay – on average, making $27,470 a year. Turnover is particularly high among caregivers who provide the most hands-on, intimate care in American nursing homes.

For these staff, the in-room cameras that ease families’ fears often produce anxiety.

Respondents to our survey of 273 staff at American nursing homes and assisted living facilities said that surveillance could create a culture of mistrust. Ubiquitous webcams make eldercare workers feel that they aren’t seen as capable of professional, moral behavior.

“It feels like … having a supervisor or someone breathing over your shoulder at all times,” one nursing home worker said, adding that cameras “take away employees’ confidence.”

That, in turn, has a chilling effect on the relationship between patients and their caregivers.

“There are no advantages that outweigh the concerns and the kind of culture you create by doing this,” one respondent asserted.

Additionally, while media coverage of elder abuse typically focuses on abuse by nursing home staff, studies show that in almost 60% of elder abuse and neglect incidents, the perpetrator is a family member.

The demoralizing effects of in-room cameras, coupled with the ethical and privacy concerns that they raise, indicate that webcams are not the solution to preventing abuse in elder care facilities.

Our work points instead to the need for more U.S. government investment.

With better pay and working conditions, nursing homes could attract more direct-care staff who would stay in their jobs longer and be more invested in their workplace. Nursing assistants could get to know residents, and keep a better eye on them. Enhanced training on recognizing and reporting abuse would also promote accountability.

Such improvements will only become more critical as the U.S. population ages, further straining the care workforce.

National efforts like the “culture change” movement—an attempt underway since the 1980s to make nursing homes more home-like with more privacy and individual care—are already empowering staff and residents and bettering the quality of care.

According to one 2014 study, in states where Medicaid rewarded culture change practices through “pay-for-performance” reimbursement policies, nursing homes were far more likely to employ these practices.