Home » Health News » We can all benefit from the training tool of athletes: sleep

Science has confirmed what many tired workers already suspected: we can all benefit from the performance-enhancing technique athletes are being encouraged to embrace – more sleep.

A new review, looking at the benefits of sleep on athletes’ mental and physical performance, provides a wake-up call about health advantages to be gained from adequate sleep. 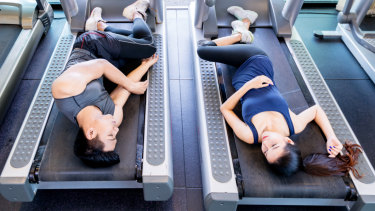 It’s not just athletes who benefit from adding sleep to their regime.Credit:Getty

Traditionally, sleep has not been a primary focus in the training regime of athletes, but it has “significant implications” for health, according to a University of Washington-led team of researchers who have published their findings in the British Journal of Sport’s Medicine.

Regularly sleeping less than eight hours a night was associated with diminished cognitive and psychological tolerance, mood and mental health as well as significantly higher rates of illness.

“One potential mechanism may be that increases in proinflammatory cytokines following sleep loss could promote immune system dysfunction,” the authors suggested.

Sleeping eight or more hours during weekday nights, on the other hand, was associated with 61 per cent lower chance of injury, improved performance on mental tasks, greater accuracy in physical tasks as well as faster reaction times. However, 42 per cent of the university athletes studied reported having poor sleep.

“Elite athletics programmes are beginning to recognise that collegiate athlete health and performance can be improved through sleep optimisation,” the authors said.

However, about 35 per cent of Australian adults regularly suffer from a lack of sleep, and mounting evidence shows it has a significant impact, says Professor Greg Roach from the Appleton Institute for Behavioural Science.

“To a certain extent, sleep is seen as an activity that can be substituted for waking activities,” says Roach, whose research focus is sleep. This means that we often think we can get more done if we are awake more and asleep less. “But of course there is a price to pay … sleep benefits both the body and the brain.

Roach says sleep promotes human growth hormone, “which is essential for the reproduction and regeneration of cells”; it is essential to immune function, resulting in a “three-fold reduction in the likelihood of developing a cold after exposure to virus”; and more than six hours sleep a night is associated with lower rates of obesity, type 2 diabetes, and cardiovascular disease.

The brain benefits of sleep include cognitive function (e.g. attention, processing speed); learning in the absence of practice; decreased feelings of discomfort and pain as well as improved capacity to cope with stressors.

For anyone without a sleep disorder, making sleep a part of our health routine starts with making time for it.

“Healthy sleepers convert about 90 per cent of time in bed into sleep – so if you need 7.5 hours sleep, you have to spend 8.3 hours in bed,” says Roach.“It doesn’t matter how well you sleep, if you only spend 6 hours in bed, there is no way you can get your 7.5 hours of sleep.”