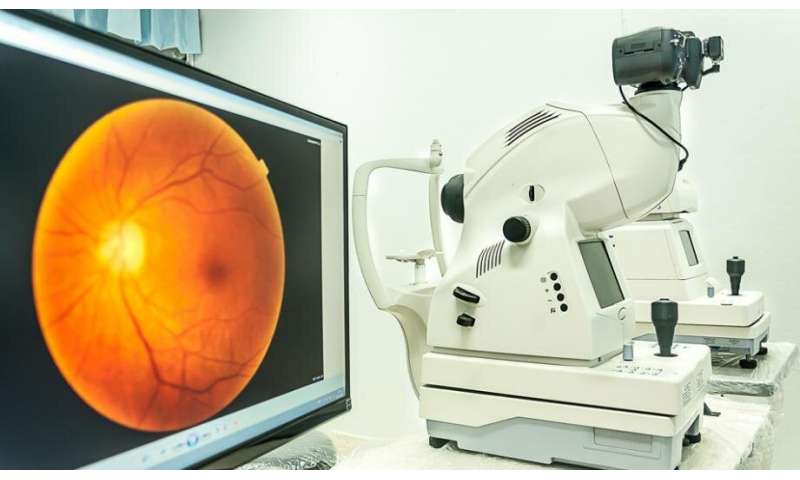 Diabetic retinopathy can be diagnosed and graded with the use of a newer scanning technology called ultra-wide field (UWF) imaging, a system that generates high-quality pictures showing most of the retina. Research from the Joslin Diabetes Center’s Beetham Eye Institute has now shown that one technique, UFW fluorescein angiography, detects over three times more microaneurysms than UWF color imaging, suggesting that the two modalities should not be used interchangeably when evaluating and treating this vision-threatening condition. The research is published this month in the British Journal of Ophthalmology.

“Existing research often uses fluorescein angiography and color imaging as two interchangeable sides of the same coin when assessing microaneurysms. However, our research shows that these modalities aren’t the same and we have to be cautious before using them in that way,” says lead study author Mohamed Elmasry, M.D., Chief Retina Fellow at Joslin Diabetes Center.

With UWF imaging, clinicians are able to see over 80 percent of the retina in a single picture. UWF color imaging is used more frequently in the U.S. than UWF fluorescein angiography because the technology is non-invasive.

“We know that the amount and location of microaneurysms is key in determining the risk of diabetic retinopathy progression”, says Lloyd Paul Aiello, M.D., Ph.D., Director of the Beetham Eye Institute, Professor of Ophthalmology at Harvard Medical School and senior author on the paper.

“With the growth of artificial intelligence, we need to know if we can automate the way we count these tiny blood vessel changes in order to grade retinopathy better, faster and more precisely predict its progression.”

The study involved 193 patients with diabetic retinopathy—from mild disease to the most advanced stages of the disease. All patients had UWF color imaging and UWF fluorescein angiography done on the same day.

In addition, fluorescein angiography identified up to 3.5-fold more retinal areas with more than 20 microaneurysms (severe retinopathy) than color imaging.

However, when applying a correction factor of four to the fluorescein angiography results for each grade of disease severity, the interpretation of the two techniques became more comparable.

Diabetic retinopathy is a leading cause of blindness worldwide.