Researchers analyzed sera from pet cats and dogs and found them to have developed antibodies against the virus later on during the coronavirus disease 2019 (COVID-19) pandemic. These findings suggest that viral prevalence among the human populations could have led to the pets becoming infected.

Although it mainly affects humans, the severe acute respiratory syndrome coronavirus 2 (SARS-CoV-2) can also infect animals. It is important to be aware of such infections, especially in pets, where there is close contact with humans.

There have now been several reports of the virus in cats and dogs in many parts of the world, including France, Germany, China, and the United Kingdom. Studies suggest cats are susceptible to the virus and can transmit it to other cats. Generally, infection in pets seems to come from human-to-animal transmission. 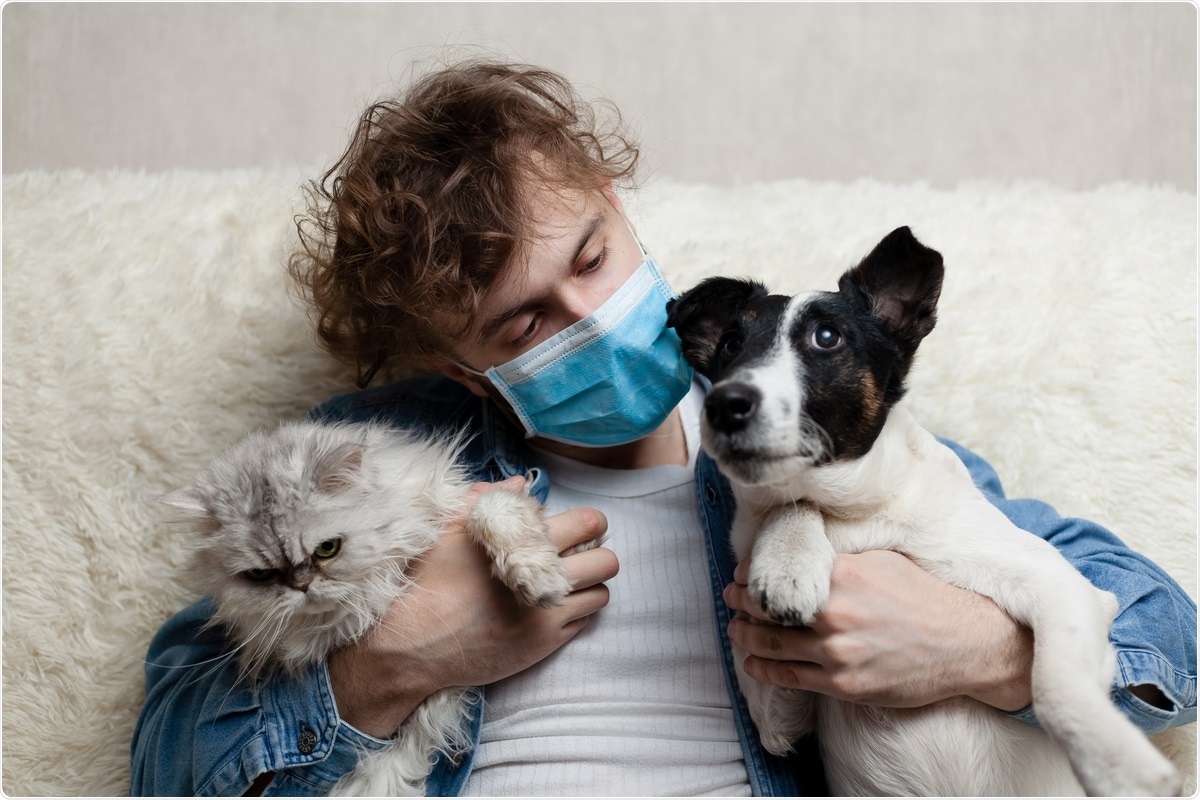 There are also reports of transmission of SARS-CoV-2 from animals to humans, for example, from farmed minks, cats, and dogs. Hence, it is important to maintain close surveillance of SARS-CoV-2 in pets.

In new research, a team of scientists surveyed SARS-CoV-2 neutralizing antibodies in cats and dogs visiting vets in the United Kingdom. They have recently released their preliminary data on the bioRxiv* preprint server, while their article undergoes peer review.

Positive later in the pandemic

The team obtained dog and cat sera from the UK Virtual Biobank, which uses leftover diagnostic samples for genomic analysis. Sera used in the study were collected between March and April 2020, September 2020 to February 2021, and January 2021. SARS-CoV-2 neutralizing antibodies were tested using the plaque reduction neutralization test.

Thus, sera collected early in the pandemic were negative for neutralizing antibodies. Other studies on samples collected in Europe showed a low level of infection in cats and dogs, with a highest of 3.3% of dog sera and 5.8% of cat sera testing positive in Italy during early 2020. The samples were collected from Italian regions with a high proportion of cases.

Cats and dogs can also be infected with other coronaviruses, and it is possible that the observed neutralizing antibodies were because of a previous infection. However, studies have shown there is no cross-reactivity between SARS-CoV-2 antibodies and feline and canine coronaviruses, which are usually present in cats and dogs in the UK. In addition, there were no SARS-CoV-2 antibodies in samples collected before the pandemic, suggesting cat and dog coronavirus infections do not cross-react with SARS-CoV-2.

The small numbers of companion animals testing positive in the field suggest that pets are not currently acting as a significant reservoir for infection, and that the pandemic will be controlled by measures largely focussed on minimizing human-to-human transmission.”

However, they also write that continued surveillance of animals in contact with humans to determine if control measures are needed in the future for pet animals.

Lakshmi Supriya got her BSc in Industrial Chemistry from IIT Kharagpur (India) and a Ph.D. in Polymer Science and Engineering from Virginia Tech (USA).