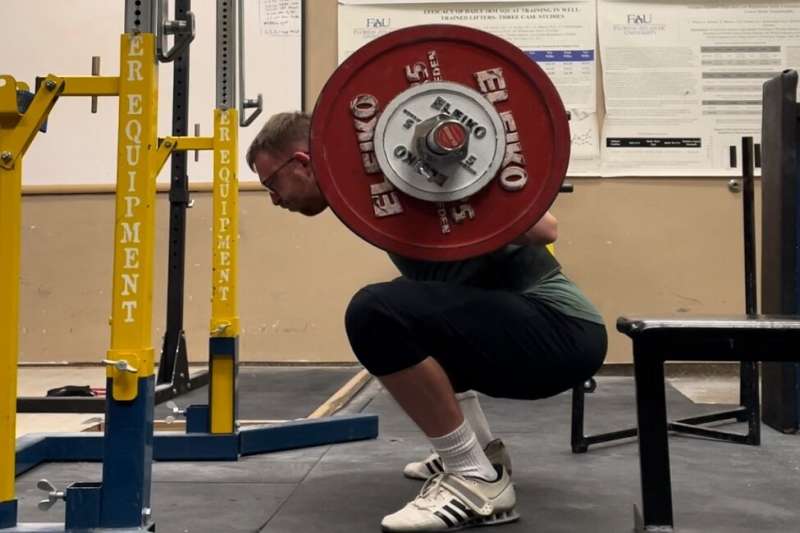 “Grit” is associated with courage and strength of character as exemplified by the 1969 American western classic “True Grit” starring John Wayne. This personality trait also reflects an individual’s perseverance and consistency for achieving their long-term goals. Therefore, it would stand to reason that the “grittier” an individual the better they will perform on an exercise task or sports-related activity.

Researchers from Florida Atlantic University’s Department of Exercise Science and Health Promotion within the Charles E. Schmidt College of Science put this grit theory to the test. They are the first to examine the relationship between grit and a muscular endurance performance task—specifically, the grueling back squat. The expectation was that a “gritty” individual would perform above normal expectations or, in the context of resistance training, perform more repetitions in a resistance training set.

Michael H. Haischer, M.S., CSCS, first author who conducted the study as an FAU graduate student and currently research lab manager, Athletic and Human Performance Research Center, Marquette University ; Michael C. Zourdos, Ph.D., CSCS, senior author and professor in the Department of Exercise Science and Health Promotion at FAU, and colleagues, then tested the study participants’ muscular endurance performance by the number of repetitions performed during a set of back squats to failure at 70 percent of one-repetition maximum. Each repetition was performed in accordance with the United States of America Powerlifting regulations, including a minimum depth of the hip crease passing below the top of the knee. It was then analyzed if GRIT-S scores correlated with the number of repetitions performed.

Interestingly, grit did not predict muscular endurance during the back squat in well-trained men and women. In fact, the five “best” performers in the study (i.e., the five individuals who performed the most repetitions) tended to have lower GRIT-S scores than the five “worst” performers. Notably, one of the “worst” performers received the maximum GRIT-S score of five. Also of interest, the lack of association was not limited to one sex, as both males and females independently failed to show a relationship between grit and repetitions performed.

According to the researchers, since one component of grit is perseverance of effort, it is somewhat surprising that individuals that scored higher on the GRIT-S did not perform more repetitions on average, than participants who received lower scores. They say one possible explanation of this finding is that scores on the GRIT-S are, in fact, related to the perception of effort during muscular endurance tasks, rather than performance itself.

During a high-repetition resistance training set, which is focused on muscular endurance, an athlete must repeat a large number of contractions against a load over an extended period of time. During this task, the athlete must provide prolonged effort and tolerate both metabolic, neuromuscular, and peripheral fatigue to successfully complete the set. A decrease in focus or effort could result in failure to complete the set and missed performance goals.