Ashley Massaro, former WWE wrestler and Survivor: China contestant, died Thursday in her home of an apparent suicide. The 39-year-old former World Wrestling Entertainment (WWE) star has suffered from depression for years and may have suffered from chronic traumatic encephalopathy (CTE), per the New York Post.

Ashley’s brain could offer key insights into CTE and other neurological effects from wrestling. “It was Ashley’s wishes to donate her brain,” her lawyer, Konstantine Kyros told the New York Post.

CTE is a brain condition that has been linked to repeated blows to the head, commonplace in contact sports and professional wrestling. The condition can also contribute to behavioral changes, including depression.

Ashley performed in the WWE between 2005 and 2008. During that time, she experienced enough head trauma to join a lawsuit with other wrestlers against the WWE. They alleged the WWE did not properly treat their neurological injuries in the ring, the Post reports.

Sunday Funday! Brought out an old 8×10 cuz today’s my first day of training “in-ring” at @nywcwrestling !!! Super excited however I won’t be wearing this to train in today lol! I’m gonna have suchhhh ring rust and learning how to do things properly from the bottom up this time round! BIGGER, STRONGER, FASTER, BETTER BABY!!!! Like you never seen me before-I want to be UNSTOPPABLE!!! Nothing can or will hold me back! #thankujesus #pleadetheblood #forprotection #physicallybutagainstenemiesaswell

According to the Alzheimer’s Association, potential signs of CTE include confusion, memory loss, personality changes, and behavioral changes including aggression and depression. CTE is also connected with impulsivity and suicidal behavior.

Some CTE symptoms can look very similar to Alzheimer’s disease and Parkinson’s disease, which both involve a significant loss of brain cells. Symptoms of CTE generally do not appear until decades after trauma occurs. And, even then there is no way to diagnose CTE until after death. 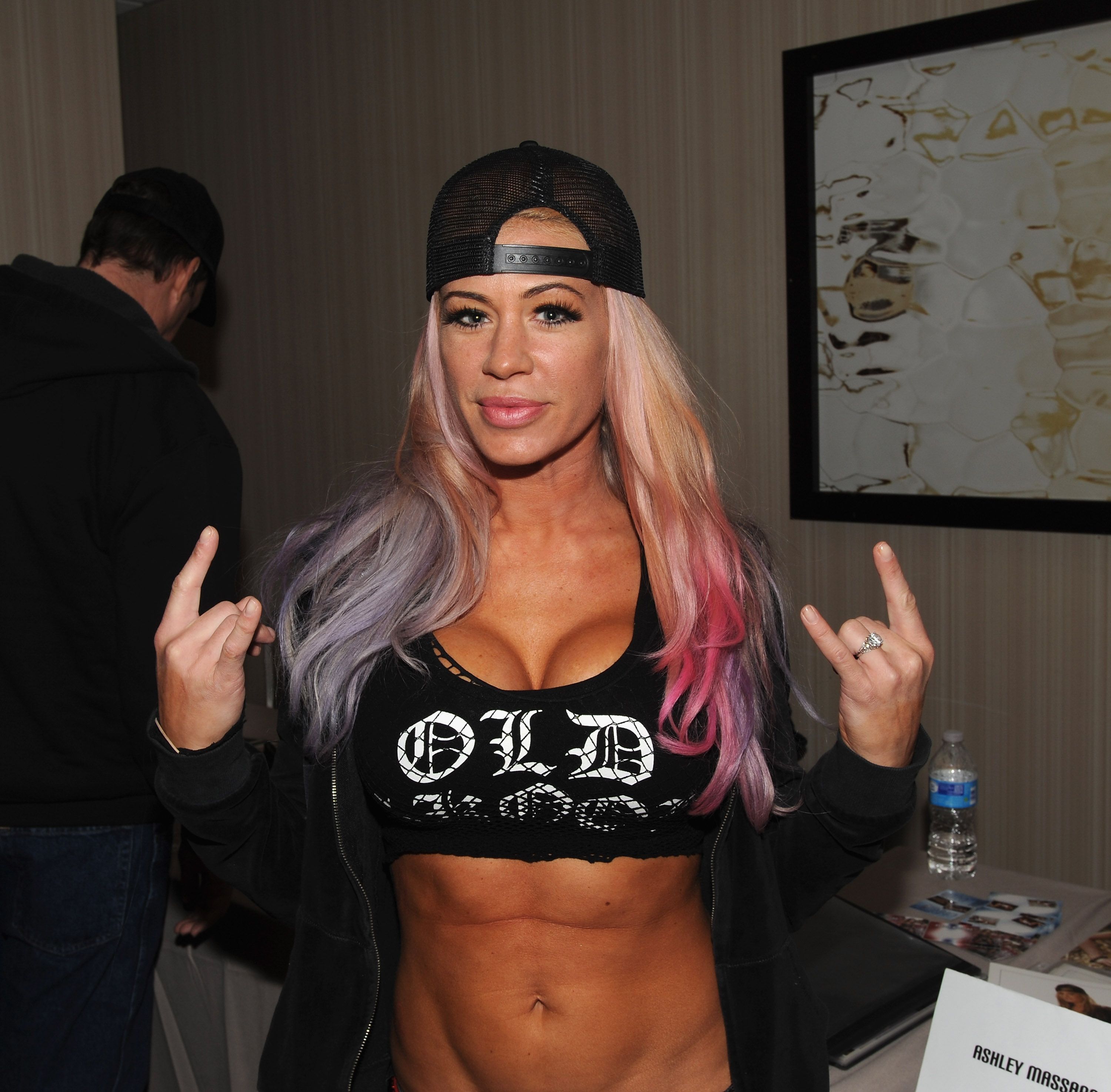 Only an autopsy can reveal whether the known brain changes of CTE are present. As such, it’s difficult to know how many people may suffer from the condition. If her family chooses to follow her wishes and donate her brain, it would be a valuable resource for researchers.

Ashley’s autopsy report has not yet been released, so her diagnosis is uncertain.

If you or someone you love is thinking about suicide or struggling with suicidal thoughts, please call the National Suicide Prevention Lifeline at 1-800-273-TALK (8255) or the Suicide Crisis Line at 1-800-784-2433.