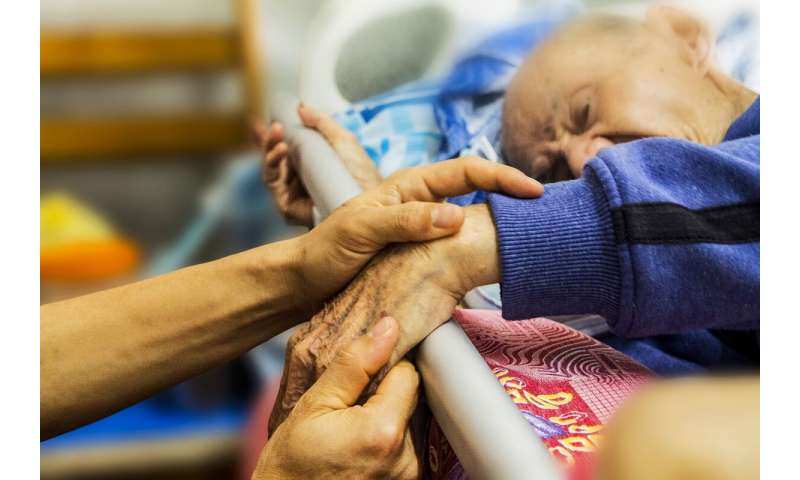 She died at home, but it wasn’t the romantic scene found in movies, where the family held her hand and she simply closed her eyes. In reality, there was a night when she had diarrhea 12 times. In reality, every time she had to be moved she was in pain. This was how a caregiver described caring for her mother as she died at home to social scientists studying end-of-life decision-making.

In a new study, Jacquelyn Benson, assistant professor of human development and family science at the University of Missouri, found that home deaths can be physically and emotionally challenging, especially for caregivers.

“The realities of a home death experience present challenges for family members, especially those with limited resources and social support,” Benson said. “It is important that people understand that home death does not automatically equate a good death.”

In recent decades, there has been a groundswell of social movements championing the ideal of dying at home. According to the Centers for Disease Control and Prevention, home deaths in the U.S. increased nearly 30 percent from 2000 to 2014, while deaths in hospitals, nursing homes and long-term care communities dropped.

To study how home deaths might impact caregivers, Benson along with fellow MU researchers Benyamin Schwarz, Ruth Brent Tofle and Debra Parker Oliver, captured stories from caregivers to identify common themes surrounding the experiences of home deaths. Through the in-depth interviews, the researchers uncovered several themes that exposed the challenges that are often not included in conversations about dying at home. In some cases, challenges arose because there was uncertainty for the decision maker, and some caregivers were not prepared for making decisions regarding the end of a loved one’s life.

The researchers also found that financial resources and strong relationships can help in differentiating good deaths from bad ones. Researchers found that the “good” death experiences involved high levels of emotional support for the dying individuals and the caregivers, and that the place of death played less of a role.

“A few well-known sayings about home are relevant to our findings,” Benson said. “For instance, many people believe there is ‘no place like home,’ which suggests the physical space we call home is paramount when it comes to our comfort. However, another saying, ‘home is where the heart is’ suggests that the essence of home can be replicated in less familiar spaces. When making end-of-life decisions it is important to remember that death can be quite gruesome and that it might be easier on both the dying individual and the caregiver to make a plan that carries the concept of ‘home’ to wherever they might be.”