It wasn’t so long ago that Simon Hill was on a “bro-science diet” that consisted of chicken and sweet potato, eggs and red meat.

“That’s the diet that gets passed around at the gym,” the Bondi-based physiotherapist and nutrition masters student explains. 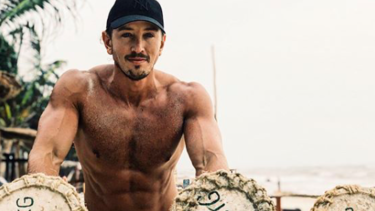 Simon Hill had his mind changed about veganism.

Like many others, he believed that meat-free diets seemed less masculine and somehow less vital.

“I had the stereotypical view that vegans weren’t exactly a picture of health,” the 32-year-old says. “It was a diet that led to you being skinny and weak and pale.”

New research from Monash University and the University of Technology Sydney found that a desire for status and to appear more "masculine" to potential partners makes men are more likely to choose meat-based dishes.

This perception of status and strength and of meat being the "sexy" choice, the authors argue, comes from evolutionary history when meat was rare and required strength and skill to obtain.

Nowadays however most people buy their meat from the supermarket shelf and not all blokes subscribe to the idea that meat maketh the man.

Despite the backlash vegans of either gender, and to a lesser extent vegetarians, face for their choices (which are seen by some as pious, militant or just annoying) more people are adopting a meat-free lifestyle. And Hill, who transitioned to a plant-based diet three years ago, is one of a robust and rising number of men at the vanguard of mainstream veganism.

It was reading about athletes, like American ultramarathon runner and vegan advocate Rich Roll, who were “male and thriving” on a plant-based diet, that inspired Hill to dig deeper into nutrition research and challenge his own assumptions. 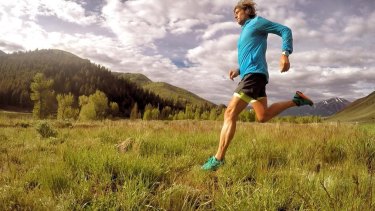 “It’s OK to unlearn something and learn something new. The way I ate was just instilled in me, I didn’t question it,” says Hill who has a blog and podcast about being vegan and who was chosen by actor Chris Hemsworth as an expert for his newly launched wellness app Centr.

“I now understand I was incorrect in my view. Plant-based diets, or very close to, have much lower rates of disease or premature death.”

The evidence “overwhelmingly highlights the benefits” of a plant-based or predominantly plant-based diet in terms of both “longevity, and vitality”, Dr. David L. Katz of the Yale-Griffin Prevention Research Center recently told New York magazine.

Along with the links to healthier humans, plant-based diets are healthier for the planet, as the new EAT-Lancet report advised.

The planetary health diet urges people to eat no more than the equivalent of one nanoburger a day or one normal burger a week and double their intake of legumes, nuts, vegetables and fruit.

“The diet is quite flexible and allows for adaptation to dietary needs, personal preferences and cultural traditions,” the report’s authors say. “Vegetarian and vegan diets are two healthy options within the planet health diet but are personal choices.”

Which is not to say they are perfect choices.

When followed properly however, vegan diets can be “very nutrient-rich”, McGrice says.

“Being so high in plant foods, vegan diets can be very low in saturated fat which is great for inflammation and heart health. They can also be very rich in antioxidants,” she explains.

“At the end of the day, whether someone decides to eat meat or not, the key message is to ensure that your diet meets all of your nutritional requirements, and avoids foods high in sugar, salt and saturated fat.” 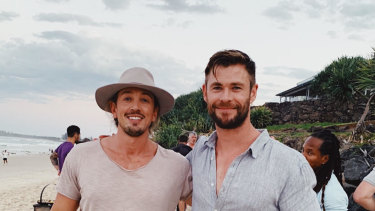 Hill is an expert for Hemsworth’s new app.

“Any diet that is not well-planned will have deficiencies, whether it be meat or plant-based,” he says. “Overall you need to be smart with any diet. A whole food plant based diet can 100 per cent provide you with these nutrients, except B12 [which he takes as a supplement]. 95 per cent of Americans and Australians are fibre deficient yet people are worrying about these nutrient deficiencies which aren’t an issue on a well-planned diet. I.e 2 x tbsp of Chia seeds a day gets you enough ALA omega 3s to convert into the required dha/epa we need.”

While veganism is a choice that, he says, makes him feel better he insists he doesn't try to convert others.

“It’s about being conscious about where food comes from and what the real science says,” says Hill, who adds that veganism is no less masculine. “In the modern world, strength is standing up for your own core values.”