The distribution of the influenza virus is worldwide, with wild birds being the primary viral reservoirs. Studies have reported that several wild ducks can be infected with the avian influenza viruses (AIV) upon repeated exposure; however, little to no sign of clinical disease has been observed.

Highly pathogenic lineage viruses that were identified in 1996 were found to repeatedly spillover from poultry to wild birds. This led to the emergence of highly pathogenic AIV Gs/GD clade 2.3.4.4 that caused high numbers of illnesses and deaths in poultry on multiple continents. 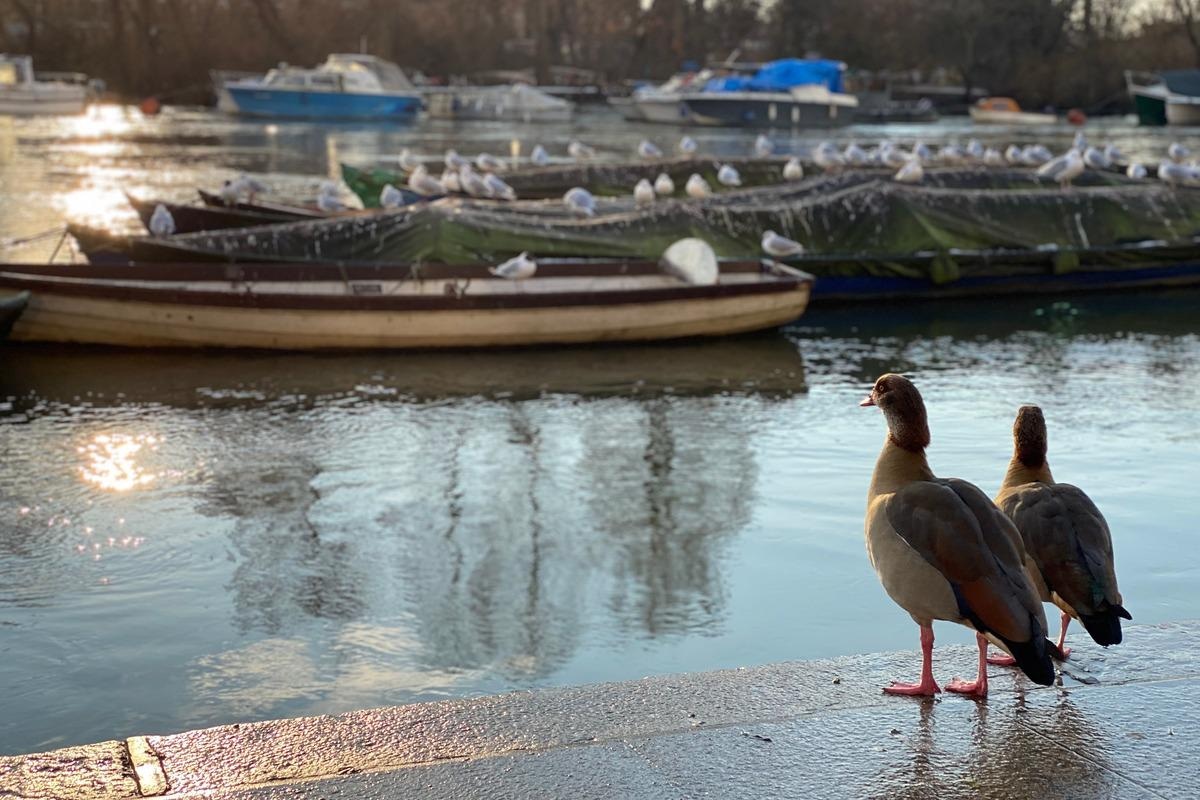 In a new study published in the United States Centers for Disease Control and Prevention (CDC) Emerging Infectious Diseases, researchers aim to better understand the landscape movement of AIV. Furthermore, the researchers were interested in identifying routes of introduction of novel AIVs with the help of band-recovery data that was collected from waterfowl management and conservation efforts in North America since the 1920s.

The current study involved the collection of wild bird samples mostly by live trapping, hunter harvest activities, and bird banding operations. Collected samples were then screened using an influenza matrix gene real-time reverse transcription-polymerase chain reaction (rtRT-PCR) assay, followed by testing the presumptive positive samples by using H5 and H7 subtype-specific rtRT-PCRs. Only birds that were either banded or encountered in North Carolina or South Carolina in the U.S. were included in the study.

The Gs/GD lineage clade 2.3.4.4b H5N1 highly pathogenic AIVs were detected in multiple wild birds that were sampled in North Carolina and South Carolina between December 2021 and January 2022. The genetic analyses showed that all virus segments were of Eurasian origin and had a high degree of similarity with December 2021 AIV H5N1. 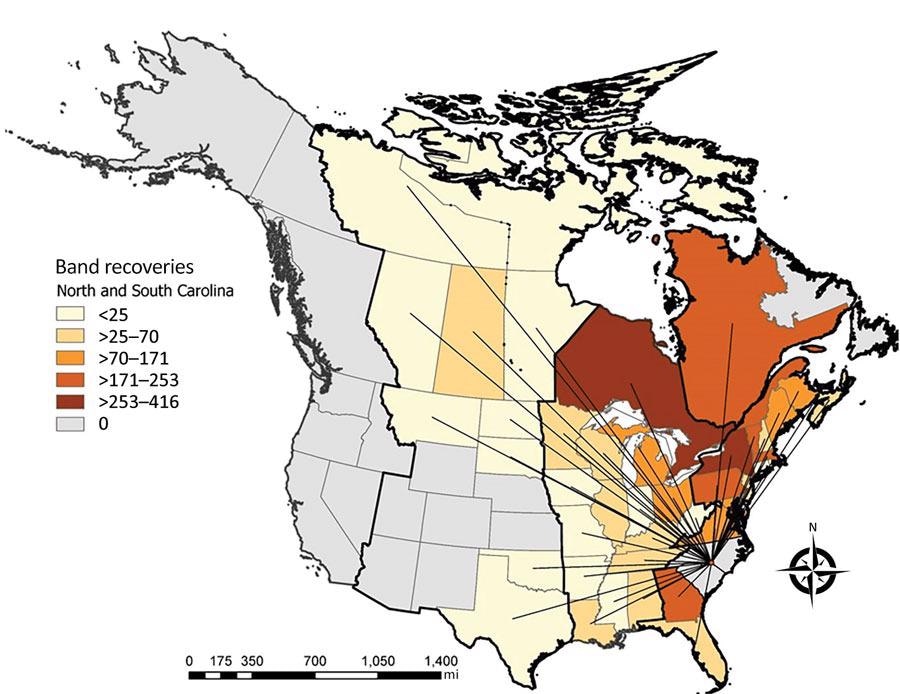 Dabbling duck movements to and from North Carolina and South Carolina, USA, to and from other states or provinces in study of highly pathogenic avian influenza A(H5N1) 2.3.4.4 virus, United States, 2021. Data are based on North American Bird Banding Program data collected during 1960–2021. Color intensities represent number of movements detected between a given state or province and North Carolina or South Carolina. Lines are positioned at the centroid of a given state or province. Bold border lines indicate administrative migratory bird flyways (from west to east: Pacific Flyway, Central Flyway, Mississippi Flyway, and Atlantic Flyway).

The routine movement to other flyways was also reported, which could lead to the wider spread dispersal of the virus in North America. Therefore, targeted AIV surveillance in wild bird populations can help in the detection of newly introduced or emergent AIVs before spillover to domestic poultry. Moreover, advanced warnings from wild bird surveillance can help alter biosecurity during increased AIV risk and inform zoonotic disease potential.