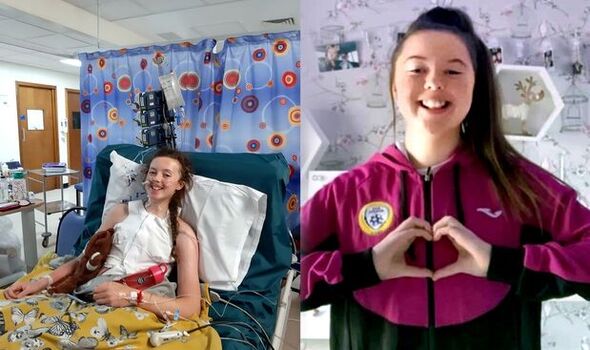 Kayleigh Llewellyn, 15, was seemingly healthy when she blacked out during a league game.

Doctors discovered her heart was functioning at just eight per cent capacity and the only solution was a transplant surgery. A donor organ was eventually found – but excessive muscle wastage during her treatment meant she had to learn to walk again.

When she finally returned home in January 2020, she was forced to isolate with her family for 18 months due to Covid-19. But last weekend, Kayleigh represented the hospital that saved her at the British Transplant Games – and won the trophy with her team.

Her father Shaun Sindey, 53, explained: “Her mum Sonia and I had to turn away, we were full of tears. She is amazing.”

Kayleigh now hopes to play with her youth team side again when her body will allow it – especially after watching England women’s Euro 2022 victory at the weekend.

He explained the trauma of her sudden illness playing for local side NSG Panthers in October 2019. 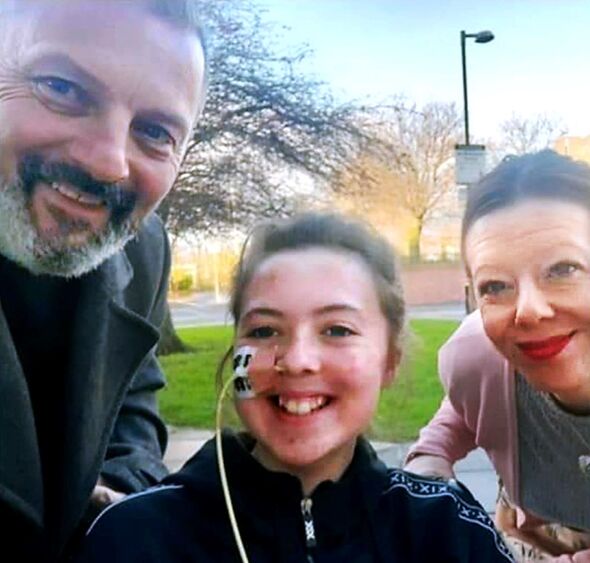 Shaun said: “She seemed fit and healthy. She played in her league football team and for her school, but she didn’t feel well that day and collapsed on the pitch.

“We brought her home and she was having trouble breathing. We gave her an inhaler but the next morning we took her to hospital.”

Doctors thought their machines were broken when they showed her heart was beating at 208 times a minute – twice the expected rate. Newcastle Freeman Hospital told the parents Kayleigh had a slim chance of survival.

Shaun said: “Her heart was working at only eight per cent and the only way to save her was with a heart transplant.” She spent 10 weeks in the transplant unit, having had a valve-pump fitted.

Five weeks later, in November 2019, the heart sourced for Kayleigh was unusable and, in a coma, she stayed on life support for 10 days before a second organ was located. The surgery on November 24, 2019, was successful and, though frail, she made it home.

During lockdown, the family bought her an exercise bike.

Kayleigh, a defender, was invited to represent the Newcastle Freeman Hospital at last month’s British Transplant Games, a four-day event in Leeds organised by the Children’s Heart Unit Foundation.

Shaun said: “There were seven to eight games, ten minutes each side. She was competing against others from hospitals in Britain and Ireland. They beat an Irish team 3-1 in the final and she played all the games.”

Kayleigh wants to do fundraising – after dedicating her win to her donor, 19-year-old Sinead Bree – and she plans a parachute jump.

Shaun urges others to sign up to become an organ donor, appreciating that Kayleigh was blessed with a “second chance” following her treatment.