The surgeons aspiring to perform the world’s first human head transplant claim they have made indisputable progress towards their controversial goal.

Sergio Canavero, of Italy, and Xiaoping Ren, of China, published two studies on Wednesday in which they claim to cure ‘irreversible’ spinal cord injuries in monkeys and dogs.

According to the papers, published in the peer-reviewed US journal Surgical Neurology International, the animals were able to walk again after their spinal cords were severed then successfully repaired.

Describing their findings as ‘unprecedented’, Canavero and Ren say this shows they are ready to conduct human trials. 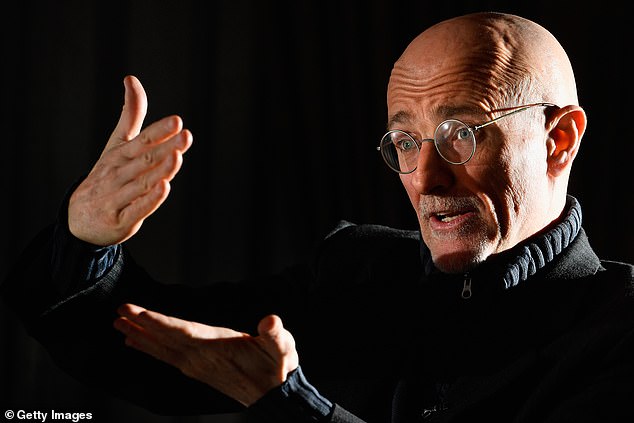 Sergio Canavero, widely seen as a rogue in the West, claims China is giving him space to innovate

Canavero, based in Turin, told USA Today, his studies ‘completely reject’ the view that ‘a severed spinal cord cannot be mended in any way, a mantra uncritically repeated over and over.’

It’s not clear where the trials would be conducted.

Their recent animal studies were done in China, at Harbin Medical University, where researchers across the country have been pushing the envelope scientifically and ethically, sending pulses racing across the world.

Until 2018, they had a candidate – 33-year-old Russian computer science student Valery Spiridonov, who has a fatal muscle-wasting disease.

But Spiridonov dropped out because his new wife gave birth to their ‘miracle son’, which gave him pause.

That does not mean their aspirations are hampered – a lesson the medical community learned from China in November, when geneticist Dr He Jiankui revealed he had genetically edited twin girls, despite widespread global agreement that the technology and its implications were too risky to use on humans.

Canavero, widely regarded as a rogue in the Western medical community, has accused his European and US peers of ‘patronizing’ China.

Biomedical ethicists point out that there are ‘a number of problems’ with their venture.

One pertinent one: they will likely need to obtain the patient’s consent to be killed, which could be drafted in a similar way as ‘patient assisted death’ (PAD), or euthanasia – though that is illegal in China.

But researchers are concerned that the law won’t get in the way. There is strong evidence that Chinese prisoners have been forced to donate organs.

Writing for the British Medical Journal, bioethicist Michael S Dauber said: ‘While these are certainly serious issues, the real problem with this picture is with international regulations: none of the laws and policies designed to protect patients and human research subjects have been able to stop them Canavero and Ren, nor are they likely to do so.’