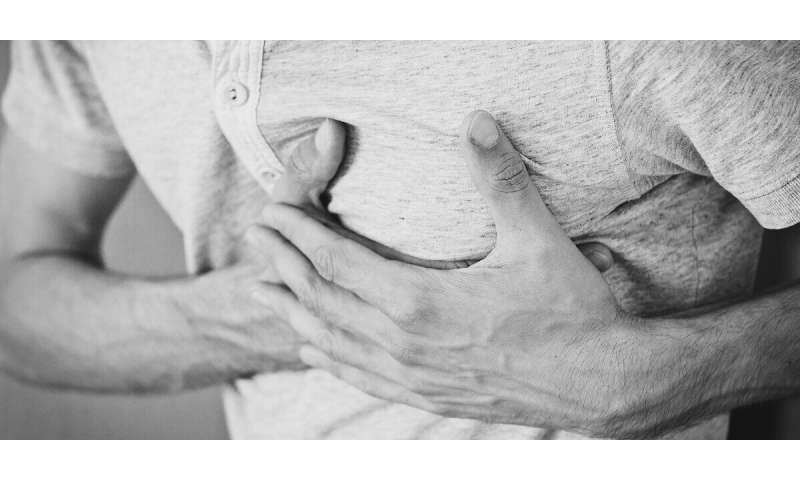 By age 20, many adults will have at least some build-up of plaque in their arteries; a condition known as atherosclerosis. Many of us won’t even be aware of it. Regardless of whether an atherosclerotic plaque is large or small; if it is stable, it won’t become dislodged and cause a blockage leading to heart attacks, embolisms or strokes. Conversely, unstable plaques can rupture and could potentially cause deadly, vessel-obstructing blood clots.

Arterial plaques form as a bump on the vessel walls that is topped by a very thin layer called a fibrous cap, comprised of collagen, a protein found in our hair and skin. Typically, unstable plaques have a thin fibrous cap, making them likely to rupture. However, if this collagen barrier is enhanced or thickened, plaques may be less susceptible to causing catastrophic events.

A research team from the USC Viterbi School of Engineering’s Department of Biomedical Engineering has developed a non-invasive nanoparticle that can be administered by injection, to target and enhance the fibrous collagen cap on unstable plaques.

The research, published in Advanced Therapeutics, is led by Deborah Chin, a Ph.D. student in the lab of Eun Ji Chung, the Dr. Karl Jacob Jr. and Karl Jacob III Early-Career Chair and Assistant Professor of Biomedical Engineering. Chung is also the corresponding author on the paper.

“The combination of cellular, lipid, and calcium components in the plaque, as well as mechanical stressors from the body, can make plaques with thin collagen caps rupture,” Chin said. “This is how a blood clot or thrombus can form, which can lead to heart attack and stroke.”

Chin said that the fibrous cap barriers on arterial plaques can become damaged by an enzyme called collagenase, which breaks down and degrades the collagen structure.

The new nanoparticle targets atherosclerotic plaques and delivers a peptide known as Col-1, which disguises itself as the collagen that our bodies produce.

“When you supply the Col-1 peptide, it acts as diversion, so that instead of breaking down the endogenous collagen, the enzyme breaks down this Col-1 peptide,” Chin said.

The team’s results using mouse and in vitro studies have shown that when the nanoparticle is applied, the activity of the collagenase enzyme is reduced in the region of the plaques.

“When we look at the arteries in the mice, the fibrous caps are thicker when the mice are treated with this nanoparticle,” Chin said.

The other secret to the nanoparticle’s success is a second peptide called MCP-1, that allows the particle to target areas where the plaques are located.

“We use MCP-1 to bind to cells called monocytes. These are cells that are attracted to inflammation,” Chin said. “So the monocytes go into the plaque regions where there is a lot of inflammation, and our nanoparticle is shuttled into the disease area.”