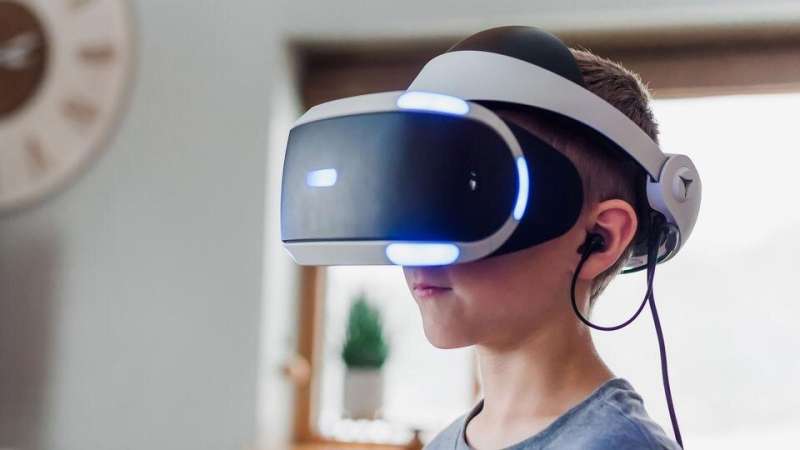 Dealing with a painful medical procedure is difficult for anyone, but often more so if the patient is a child. For example, a venipuncture—the penetrating of a vein for a procedure such as drawing blood or inserting an intravenous tube—may make a young patient anxious or uneasy. Many hospitals, including Johns Hopkins Children’s Center (JHCC), have a dedicated child life services team to help children cope with these procedures, while others depend on more traditional methods of diversions such as toys or books. Now, a recent study by Johns Hopkins Medicine researchers suggests that gameplaying using virtual reality (VR) headsets—if the games are appropriate and carefully chosen for pediatric clinical situations—may be an engaging and practical addition to the list of distraction therapy options.

Led by Therese Canares, M.D., director of pediatric emergency medicine digital health Innovation at JHCC and assistant professor of pediatrics at the Johns Hopkins University School of Medicine, the research team conducted a small-scale study to evaluate the therapeutic impact on pediatric patients of playing virtual reality games during a venipuncture procedure. Their findings were published online June 14, 2021, in the journal Hospital Pediatrics.

Overall, the study found patients who played VR games during their venipuncture procedure benefitted from reduced pain and anxiety, and that the combination of VR and support from a child life specialist worked best. However, the researchers also found that children who used VR during venipunctures had significantly longer procedure times—by 4–6 minutes on average—than those who had only child life specialist support or no distraction therapy at all.

The most likely cause, say the researchers, was the nurse or technician having to repeatedly pause a game to correct a technical problem, provide guidance on game navigation or controller operation, or change a game.

“We feel that the extra time isn’t a huge detriment, because it is hard to put a value on reducing a child’s trauma during a venipuncture procedure,” says Canares. “Even if VR adds five minutes, making a child more comfortable is well worth it.”

Canares says the most surprising findings are how many adolescents needed help navigating the virtual reality games, and that a significant amount of “trial-and-error” was needed to determine which games were the best for distraction therapy.

“We found that games involving little movement of the head and arms, played without high anxiety scenarios—such as military battles or zombie attacks—and not requiring a controller or extensive menu options, worked best because they added the least amount of extra time to a venipuncture procedure,” she says. “Hospitals considering the use of VR as distraction therapy—especially those on a tight budget—may want to look first at such ‘clinically friendly games’ before making the investment.”

Canares says that although VR coupled with child life specialist support appears to be an excellent distraction therapy, “it isn’t meant to replace child life professionals since games cannot take the place of human touch and compassion.” However, she says, VR may be a solid option for community hospitals that don’t have a child life services team.