A study of nearly 5,000 sudden unexpected infant deaths (SUID) found that soft bedding is still to blame for a majority of fatalities. In the Centers for Disease Control and Prevention (CDC)-tracked data, which included deaths that occurred in children under age 1 from 2011-2017, 72% of cases involved “unsafe bedding.”

The study, which was published in the American Academy of Pediatrics journal, Pediatrics, May edition, found that only 1-2% of SUID noted no unsafe sleep factors. The study also noted that there hasn’t been a significant decline in SUID since the 1990s, despite increased messaging and guidelines about safe sleeping habits for infants. 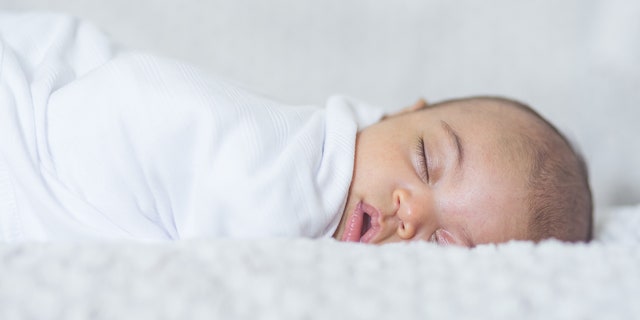 The CDC advises placing infants on their backs for sleep.
(iStock)

Currently, the CDC advises placing babies on their backs for sleep at all times, whether a nap or for night sleep. The agency recommends a firm, flat sleep surface in a safety-approved crib covered by a fitted sheet, and to keep the sleep area in the same room where you sleep until the baby is at least 6 months old, or until one year old. It also advises keeping soft bedding such as blankets, pillows, bumper pads and soft toys clear of the sleep area, and checking to ensure your baby is not too hot.

In the data, researchers found that approximately 75% of explained and possible suffocation deaths resulted from airway obstruction attributed to soft bedding.

“Unsafe sleep factors were common in explained and unexplained SUID cases, but deaths could only be classified as suffocation for ~20% of cases,” researchers concluded. “Further analysis of unexplained deaths, including continued improvements to death scene investigation and documentation, may generate hypotheses for physiologic and genetic research, advance our understanding of gaps in SUID investigation, and enhance our understanding of infants at highest risk.”