Home » Health News » Study: Hearing music under the knife means less pain when you wake up

Hearing music when you are under the knife during means you feel less pain when you wake up, new research suggests

Listening to soothing music and words while you’re unconscious on the operating table could mean you wake up in less pain.

That’s the finding from new research, published in The BMJ, which looked at whether playing relaxing music and recordings of positive comments, such as ‘You are safe now and in good care’, to patients under general anaesthetic had any impact on their recovery.

Astonishingly, it did. The patients who were played the sounds via headphones reported 25 per cent less pain than those who had surgery in silence, the results showed. 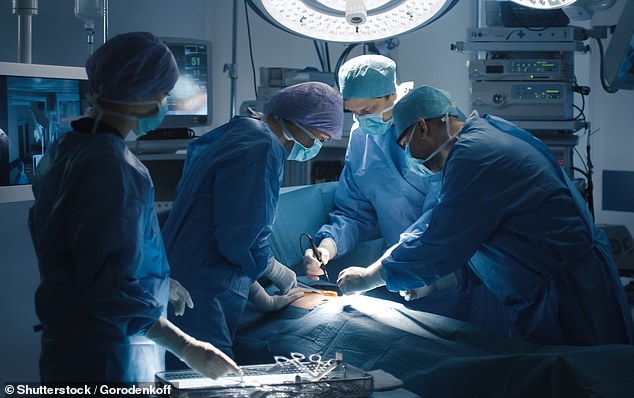 They were also 17 per cent less likely to need opioid painkillers such as morphine — the family of drugs most commonly used post-surgery — during the first 24 hours after the operation.

The study is based on the theory that while we are seemingly out for the count, we are actually in a state of ‘connected consciousness’.

This means that although we are not awake during general anaesthetic (because the consciousness centre in the brain, known as the reticular activating system, is turned off) the pathways to the brain remain working, so the body can still hear and process information.

With general anaesthesia making up 80 per cent of the 3.5 million anaesthetics given by the NHS each year, these new findings have implications for millions of patients with post-operative pain.

Research shows that some 80 per cent of patients experience this, with the pain persisting for around one in ten people.

This new approach could also help reduce the number of patients prescribed powerful opioid drugs which, as Good Health has repeatedly warned, can be highly addictive. 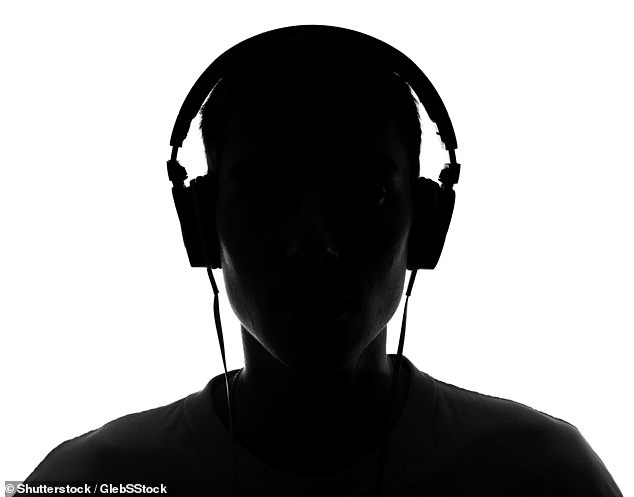 The patients who were played the sounds via headphones reported 25 per cent less pain than those who had surgery in silence, the results showed

It ‘could provide a safe, feasible, inexpensive and non-drug technique to reduce post-operative pain and opioid use, with the potential for more general use,’ say the researchers.

Professor William Harrop-Griffiths, a consultant anaesthetist at Imperial College Healthcare NHS Trust in London, and vice-president of the Royal College of Anaesthetists, hailed the results.

‘Morphine-like drugs are commonly used to treat acute pain after surgery, but they can have significant side-effects, including breathing difficulties, constipation and itching, and if the patient is not managed properly after surgery they can become dependent on these drugs,’ he says.

‘This is not a sweeping cure for the opioid crisis but it may lead to a slight decrease in the number of people taking opioids. More research is needed before this approach is introduced, but these are really interesting findings.’

Music is known to have a profound effect on our emotions and mental state while we are awake. For example, the pleasure of listening to music triggers the release of ‘feel-good’ chemicals, endorphins, which can help relieve pain, stress and anxiety.

The theory is that if endorphins are released during surgery, we are primed for the post-operative pain, so feel it less. Reassuring words — known as ‘positive suggestions’ — could have a similar effect.

‘We don’t really understand the process of connected consciousness yet,’ said Dr Abigael San, a clinical psychologist based in North-West London. ‘But the hypothesis is that music has the same kind of effect on the brain even when we are unconscious, and this could help with pain relief.’

Previous studies have shown that listening to music before, during and after surgery reduces people’s pain, anxiety and need for painkillers.

Acupuncture before surgery has also been identified as a way of treating post-operative pain, as suggested by a study presented at the American Society of Anesthesiologists’ conference in 2020. It found military veterans who had pre-surgery acupuncture reported less pain and took nearly three times fewer opioids in the first 24 hours after surgery than those who didn’t have it.

The latest study involved 385 patients, aged 18 to 70, who underwent routine surgery under general anaesthesia, lasting between one and three hours, in five hospitals across Germany. They were randomly split into two groups. All were fitted with earphones once asleep. Half were played a mix of background music (from a German CD, Trancemusik) and positive phrases; the rest had a blank recording.

During the first 24 hours after surgery, pain scores were 25 per cent lower in the group who listened to soothing sounds (based on a scale of zero to ten, with ten being the most severe pain).

And 63 per cent of those with the music recording needed opioids, compared to 80 per cent in the control group.

Dr Daniel McIsaac, an anaesthetist at the University of Ottawa, Canada, said the findings suggested the subconscious mind ‘might be an important target for improving patient experience and outcomes’.

However, the researchers behind the study also issued a warning to medics that if patients can process and benefit from positive sounds during operations, the opposite may also be true.

This means surgeons and anaesthetists ‘should be careful about background noise and conversations during surgery’.