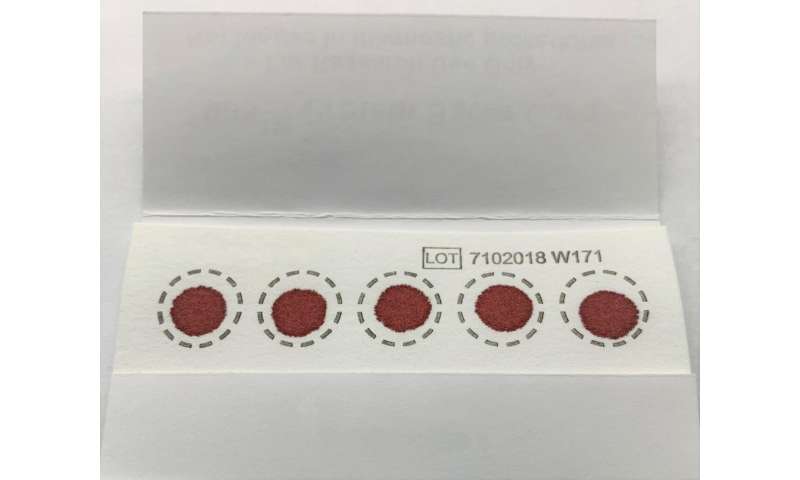 Among African adolescent girls and young women who took HIV pre-exposure prophylaxis (PrEP) daily, levels of the PrEP drug tenofovir were more than 30% lower in those who were pregnant than in those who had recently given birth. All 40 study participants took PrEP under direct observation, confirming their near-perfect adherence. PrEP drug levels were lower to a similar degree in the pregnant African adolescent girls and young women compared to American men and non-pregnant, non-lactating women who took PrEP daily under direct observation in an earlier study. These findings from the NIH-funded IMPAACT 2009 study were reported today at the Conference on Retroviruses and Opportunistic Infections (CROI).

“Adolescent girls and young women in sub-Saharan Africa, including those who are pregnant or have recently given birth, urgently need safe, desirable and effective HIV prevention tools,” said Anthony S. Fauci, M.D., director of the National Institute of Allergy and Infectious Diseases (NIAID) at NIH. “While taking PrEP daily as directed is important for everyone who receives it, these new data suggest daily adherence to PrEP will be especially critical for pregnant adolescents and young women. Additional research is needed to determine the level of protection that daily PrEP can provide this population.”

The substantially lower drug concentration found in dried blood spots from pregnant African adolescents and young women in the study does not necessarily indicate a lower PrEP efficacy for this group, according to the IMPAACT 2009 investigators. The response to any drug follows a curve that rises from zero as the dose increases until the curve reaches a plateau where a range of doses achieves a sufficient biological response to have the desired effect—in this case, preventing HIV infection. Based on available data, the study investigators believe the drug concentration in the target cells of pregnant adolescents and women who take PrEP daily will fall near this plateau. However, further research is required to establish whether this is the case.

During pregnancy, the kidneys clear drugs from the blood faster than at other times and the concentration of red blood cells in plasma decreases. These physiological changes help explain the lower concentration of PrEP drug observed in the dried blood spots from pregnant study participants. A goal of IMPAACT 2009 was to determine how much lower the drug concentration in pregnant adolescents and young women would be.

In sub-Saharan Africa, adolescent girls and young women bear the brunt of new HIV cases. Girls account for four in five new HIV cases among adolescents ages 15 to 19 years, and adolescent girls and women ages 15 to 24 years are twice as likely to be living with HIV than men. In addition, the risk for acquiring HIV more than doubles for this population during pregnancy and the six months after giving birth, also known as the postpartum period.

PrEP is a powerful HIV prevention strategy that could potentially protect pregnant and postpartum adolescent girls and young women from acquiring the virus. It involves taking a daily oral tablet containing two anti-HIV drugs. Studies have shown that PrEP reduces the risk of sexual HIV acquisition by more than 90% in men and women when taken daily. Additional studies have found that women must take PrEP tablets six to seven days per week for drug concentrations to reach protective levels in the female genital tract.

In two large clinical trials of PrEP in African women, VOICE and Fem-PrEP, the daily dosing regimen did not suit study participants’ needs, and therefore the HIV prevention strategy did not work. Consequently, scientists are researching ways to introduce PrEP to African women and support their adherence to the medication so that this HIV prevention tool is a desirable and effective option for them.

The findings reported today are from the first phase of the NIH-funded IMPAACT 2009 clinical trial. The study is designed to assess whether pregnant and postpartum adolescent girls and young women in southern and eastern Africa are willing and able to consistently take daily PrEP when given enhanced support, and whether PrEP is safe for them and their infants. Investigators hypothesize that pregnant and breastfeeding women may be uniquely motivated to start PrEP and take it consistently to protect themselves and their babies. A recent review of studies on the safety of PrEP for pregnant and breastfeeding women concluded that the benefits clearly outweigh potential risks.

In this first phase of the trial, investigators measured the concentration of tenofovir in the red blood cells of pregnant and postpartum adolescents and young women who took PrEP daily or nearly so under the direct observation of a study team member for 12 weeks. These data will serve as a reference for accurately determining whether study participants are taking PrEP daily during the second phase of the trial, if conducted, and in future studies of this PrEP medication in similar populations.

The study team enrolled 40 adolescent girls and young women ages 16 to 24 years in Malawi, South Africa, Uganda and Zimbabwe. Half of the participants were pregnant at 14 to 24 weeks gestation, and half had given birth 6 to 12 weeks before enrollment. With intense support from highly trained and experienced study staff, the women and adolescents collectively took more than 99% of their required PrEP doses daily under direct observation. Observation was primarily in person and occasionally by real-time video phone call. This ensured that investigators could reliably confirm near-perfect adherence. The PrEP medication used in the study contains two drugs, tenofovir and emtricitabine.