Professor Sami Timimi, consultant child and adolescent psychiatrist, believes many teenage worries and mental health concerns are part of normal development. He has also criticised the increasing use of anti-depressants among under 18s. He will air his controversial views in a Dispatches documentary tomorrow night. Speaking ahead of the broadcast, he said: “Growing up is complex, involving emotional changes, relationship building, exams and worries about the future.

“Labelling these emotions as mental health problems, seeing them as something wrong and outside the remit of parents, friends and teachers, and requiring specialist expert help, is having unintended consequences.

“It undermines a child’s natural resilience and risks detaching them from understanding themselves.

“It is terrible. We are creating a much bigger epidemic of mental illness when we don’t need to.”

Prof Timimi, patron to the charity Carefree Kids who has written several books on the subject, said: “There is an increasing number of children on psychiatric medication like anti-depressants.

“But studies show they are pretty useless in under 18s as there is no clinically significant difference between the effect of these and a placebo in this age group.

“Medication doesn’t treat the problem. It is not magic.

“We need to stop the anti-stigma campaigns and try to de-medicalise the area. The idea that one in four of us will have a mental health problem is wrong. It is not one in four. It is one in one.We all experience distress and discomfort and we need to understand these reactions.

“We are making a big mistake and instead of alleviating problems we are creating a group of people who believe they have enduring mental health problems. 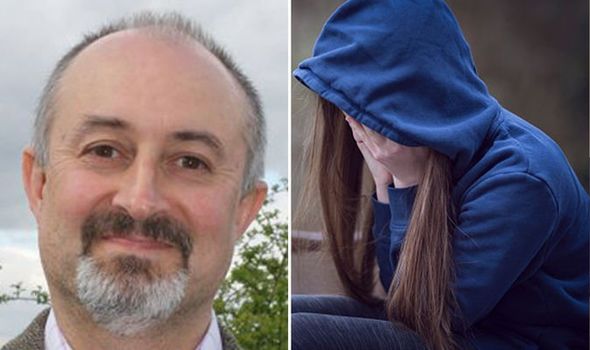 “In doing this we are creating long-term patients of the future.”

Hitting back, charity YoungMinds insisted child mental health problems were endemic and youngsters were not getting the help they need.

The programme highlighted recent figures that show half of children diagnosed as needing specialist treatment are having to wait more than four and a half months after their initial assessment.

Speaking on Dispatches, Dr Marc Bush, director of evidence and policy at YoungMinds, said: “I think what we need is every government to prioritise mental health.

“Lots of young people and families we talk to say they wait far too long to access a specialist service.

“Sometimes they’re turned away because their level of need isn’t deemed great enough.

Tom Madders, campaigns director at YoungMinds, said: “Young people today face a wide range of pressures that can affect their mental health – including school stress, bullying, worries about body image and concern about finding a job.”