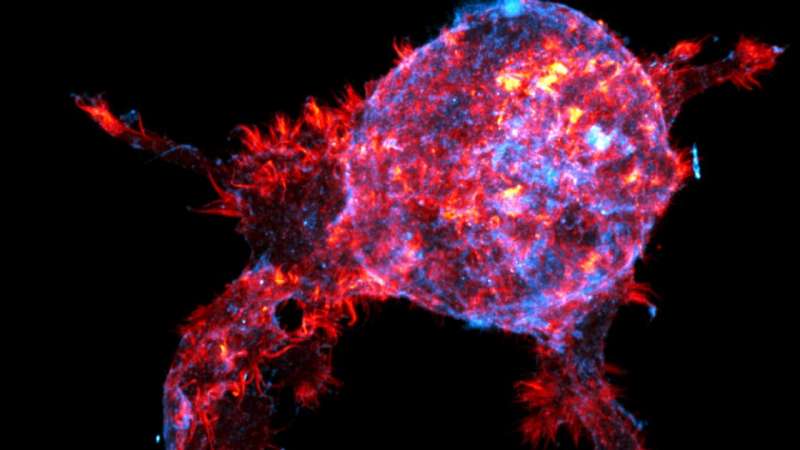 At the early stage of breast cancer malignant cells are imprisoned by a tissue barrier called a basement membrane that stops them from disseminating into other parts of the body. This early disease stage is typically not life-threatening, as surgery can remove the tumor. However, breast cancer can become lethal if it spreads and forms metastases.

“These results are very surprising as we previously thought that these cancer cells’ sticky fingers were only used to invade nearby tissues. Now we find that these structures can also help contain the tumor,” says InFLAMES group leader Professor Johanna Ivaska, University of Turku.

These sticky fingers are generated by a protein called Myosin-10. The research teams led by Professor Ivaska, Docent at the Institute of Biomedicine at the University of Turku Dr. Emilia Peuhu, and InFLAMES group leader, Associate Professor of Cell Biology Dr. Guillaume Jacquemet from Åbo Akademi University, found that cancer cells lacking Myosin-10 cannot build and maintain their surrounding barrier, the basement membrane. This makes it easier for cancer cells to escape. 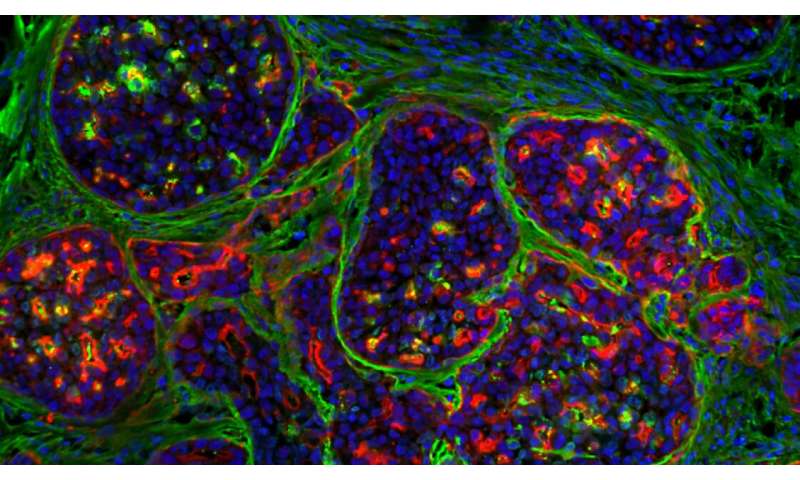 “Remove Myosin-10, and the tumors are clearly more aggressive. Their basement membrane is almost completely gone and they spread more freely to the surrounding tissue,” says Dr. Peuhu.

For several years, the Ivaska and Jacquemet teams have focused their efforts on understanding how cancer cells use filopodia to move and invade surrounding tissue. Their previous findings highlight that filopodia are used by cancer cells to disseminate once they escape the primary tumor. Now, in their study published in Developmental Cell, the teams found that filopodia have an opposite role at the early stage of the disease.