Home » Health News » Spider bite leaves UK man with crater-like hole in foot: 'Most gruesome thing I had ever seen' 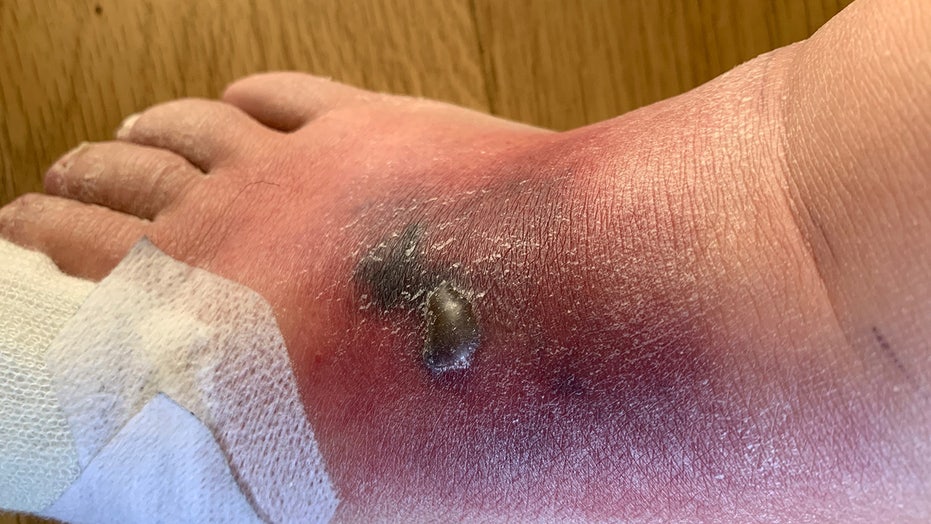 A trip to Las Vegas with friends has turned into a never-ending nightmare for one man after he was bitten by a brown recluse spider somewhere between the hotel and his flight back home to the U.K. last month. 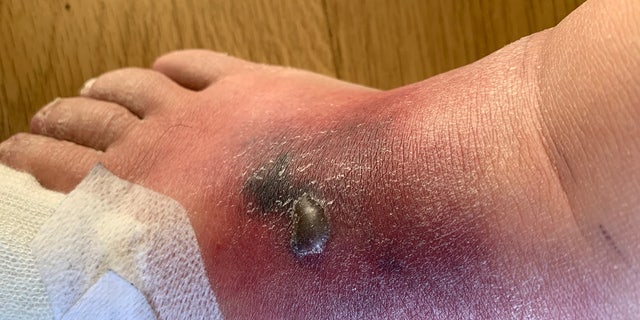 Phillips said he isn’t sure when the spider bit him, but that the wound quickly started changing color and swelling.
(MEN Media)

Matthew Phillips said he initially ignored the red dot on his foot, which within days turned black and swollen, according to The Sun. He said due to complications relating to type 2 diabetes, he can’t feel pain in his foot, which is why he didn’t need an anesthetic by the time he got to Salford Royal Hospital, where doctors scooped out the dead flesh.

“They cut away all the dead flesh and dead tissue,” he told Manchester Evening News. “It was revolting. It was the most gruesome thing I have ever seen.” 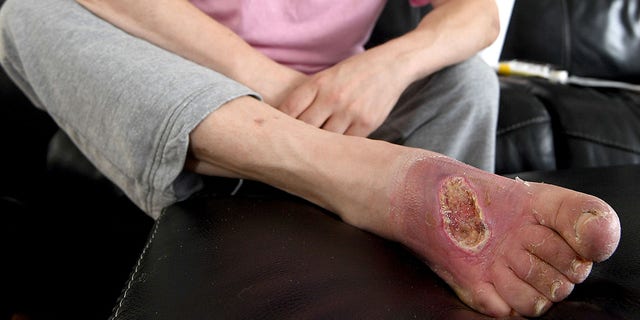 Phillips said that if he had taken better care of his health, he would’ve sought medical attention sooner.
(MEN Media)

The procedure left a hole in Phillips’ foot that he now has to carefully clean to ensure an infection does not set in. He said had he paid attention to his diabetes earlier in life, he wouldn’t have had nerve damage to his foot, and he likely would’ve sought help sooner for the bite.

Venom from a brown recluse spider can destroy human tissue, and while the victim may not feel the initial bite, the area surrounding it on the skin may become red, itchy and inflamed. Within a few days, the venom works to destroy the surrounding tissue, and the wound grows in size, becomes painful and dark in color, according to Poison Control. The bite can leave a crater-like scar when the wound heals. If the wound becomes infected, it can become life-threatening for the patient.