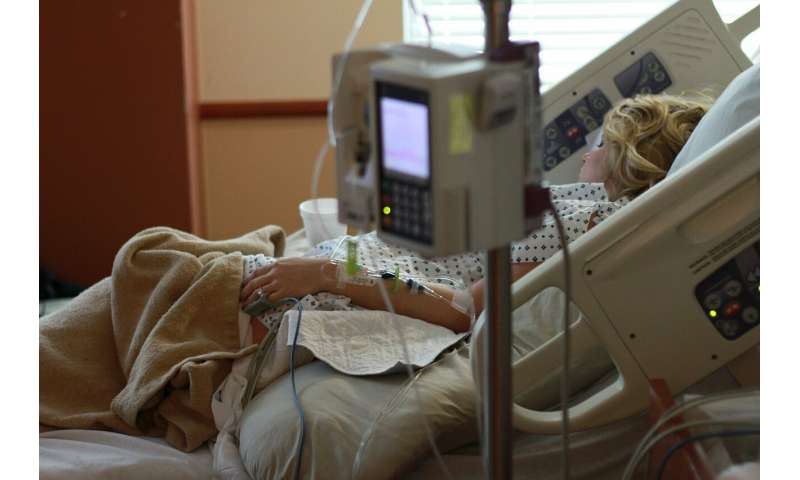 New research shows that U.S. safety net hospitals could benefit substantially from a new model that accounts for social risk factors like poverty and living in a disadvantaged neighborhood in determining how the federal government penalizes hospitals financially for their readmission rates.

Researchers say their risk adjustment model could reduce the financial penalty for at least half of all safety net hospitals, which care for patients regardless of their insurance status or ability to pay. And in some cases, it could render them free from any penalty.

The study, published online in Health Services Research and due out in print in April, is certain to intensify the debate of the equity of Medicare’s Hospital Readmissions Reduction Program, or HRRP. The program, administered by the Centers for Medicare and Medicaid Services, creates financial incentives for hospitals for lowering their readmission rates by penalizing those with higher rates.

Safety net hospitals have long held they are unfairly penalized for their readmission rates under HRRP’s current performance model because it doesn’t account for social risk factors that put these patients at risk for readmission.

“Our study shows how accounting for social risk can have a significant positive financial impact on safety net hospitals,” says David Nerenz, Ph.D., the study’s senior author and director emeritus of the Center for Policy and Health Services Research at Henry Ford Health System in Detroit. “And we can do so without compromising quality of care.”

A commentary accompanying the study concluded that researchers provided “new evidence that incorporating social risk into risk-adjustment models may help by sparing hospitals serving the most vulnerable patients dire financial straits and perhaps even allowing them to flourish in meeting their underlying mission.”

The findings demonstrate for the first time the feasibility and impact of adjusting for social factors and financial penalties for HRPP readmissions. The HRPP has been the focus of debate for its exclusion of risk adjustment for social factors since the policy’s implementation in 2012. A 2016 study examining the potential impact of adding adjustment for patient income found little “meaningful change” in readmission rates, though it did not assess the financial impact of the adjustment. Under the 21st Century Cures Act, Congress now requires CMS to assign hospitals to five peer groups based on patients’ Medicaid status in assessing penalties under HRPP.

Karen Joynt Maddox, M.D., MPH, the study’s lead author and assistant professor of Medicine in the Cardiovascular Division at Washington University’s School of Medicine in Missouri, says the study suggests that adjusting for social risk factors “has potential for leveling the playing field for hospitals that serve the most vulnerable patients.”

“HRPP penalties cost safety net hospitals millions of dollars each year, but aren’t a fair reflection of their performance,” Dr. Maddox says. “Adding social risk factors to risk adjustment would be a significant step towards a more equitable program.”

Researchers found that social risk factors like poverty, disability and living in a disadvantaged neighborhood were linked with higher readmissions in all three medical conditions. However, when adjusted for social risk factors, the readmission rates for safety net hospitals dropped significantly for all three medical conditions compared to their affluent counterpart hospitals. More striking, the changes translated to a “major shift” in assessed penalties:

Mat Reidhead, vice president of Research and Analytics at the Missouri Hospital Association and a study co-author, says the risk-adjusted model used in the study provides meaningful evidence of the magnitude of penalties levied against safety net hospitals.