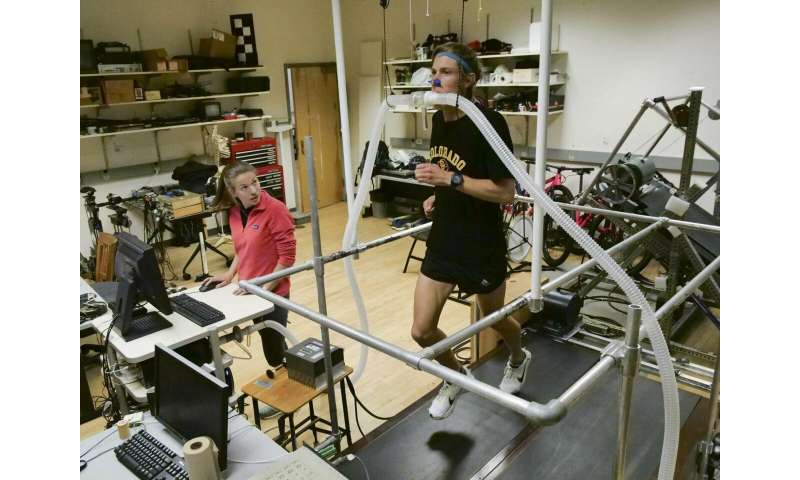 In reality, the slower you are, the more such measures improve your finish times, suggests new University of Colorado Boulder research.

“We found that at faster speeds, you get significantly less benefit from improving your running economy than you do at slower speeds,” said lead author Shalaya Kipp, a former graduate student in the Department of Integrative Physiology.

The new study, published in the journal Frontiers in Physiology, takes a mathematical approach to answering a question that has perplexed exercise physiologists for years: How much does improving your body’s “running economy” – or the number of calories burned per second at an aerobic pace – really improve your speed?

The question has piqued the interest of the broader running community since July, 2017 when Nike introduced its Zoom Vaporfly 4%, a shoe that, according to previous CU research, improves running economy by 4 percent on average.

Members of the media, recreational athletes and some researchers have since assumed that meant runners wearing the shoes could cross the finish line 4 percent faster. With such savings, many predicted, a sub-two-hour marathon was well within reach.

But, according to the new study, the math is more complicated than that.

“For a long time, most people assumed there was a directly proportional linear relationship: That if you improved running economy by X percent you could run X percent faster,” said postdoctoral researcher Wouter Hoogkamer, who co-authored the paper with Kipp and Integrative Physiology Professor Rodger Kram. “We set out to re-evaluate that relationship and found that this is not the case.”

For the paper, the researchers re-examined treadmill studies of runners dating back decades, re-crunching the numbers to account for things like air resistance and oxygen uptake velocity (which both increase the faster you run).

They concluded that for runners moving slower than 9 minutes per mile, any percent improvement in running economy (due to better footwear, nutritional supplements, a tailwind, drafting or other measures) translates to an even higher percentage improvement in pace.

For instance, a 1 percent improvement in running economy for a 4:30:00 marathoner would make him or her 1.17 percent faster, dropping a significant 3 minutes and 7 seconds off their finish time. 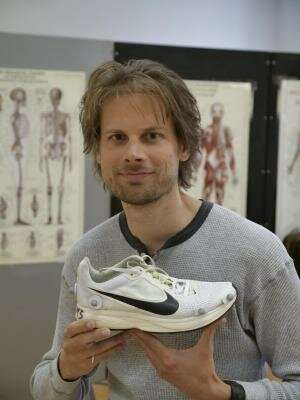 All this is good news for recreational runners, say the authors.

“A lot of times recreational runners assume these things are just going to benefit elite athletes when the reality is they can benefit even more than the elites,” said Kipp, now a doctoral student at University of British Columbia in Vancouver.

She notes that for a slower runner, slipping on a pair of shoes which improve running economy by 4 percent could actually translate to as much as a 5 percent improvement in finish times. Meanwhile, other measures to boost metabolic efficiency, such as drinking beet juice, drafting behind another runner, or doing plyometric exercises can also add up to boost speed.

“For those whose New Year’s resolutions are starting to fade or who are training for the Bolder Boulder, there is an optimistic message here: There’s a lot you can do to improve your times,” said Kram.

For those at the upper end of the competitive spectrum however, the new paper elucidates something many intuitively know already:

The faster you are, the harder it is to get faster.

Since the introduction of the 4% shoe, the authors note, the marathon world record has only improved by a relatively small 1.03 percent.

“With current footwear technology, perfect drafting and other factors all falling into place, we still believe a sub-two-hour marathon is possible,” said Hoogkamer, pointing to Eliud Kipchoge’s current record time, 2:01:39. “It’s just going to be a little harder than we thought.”