Home » Health News » Should women consider giving their body breaks from the pill?

Weight gain, increased risk of breast and cervical cancer, depression, loss of libido, blood clots, even a more “male” brain: these are some of the stated side-effects women may experience from taking the contraceptive pill, Australia's most popular contraceptive and seemingly, one of the most misunderstood.

Nish Lawrence, 36, says she was making a post-baby visit to her GP for a script when she first heard the pill could increase her risk of stroke. 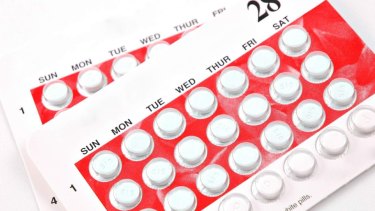 The pill has a raft of potential side-effects, so should women consider giving their bodies a break?

The GP asked if she had any side effects (no) or any headaches (yes) when previously on the pill.

“It was then that I realised that, since I stopped taking the pill two years before [my daughter] was born, I hadn’t had a headache,” Ms Lawrence said.

“And when [the doctor] asked me what kind of headache, I told her they were dull and I used to lose my peripheral vision – sometimes even all my vision – with tiny flickering spots. She said it sounded like I was actually experiencing an aura, and then told me that I was at a high risk of having a stroke. Terrifying!”

While oral contraceptives can increase the risk of stroke, a 2019 paper found the risk was only very small among women who do not have other stroke risk factors, which, according to VicHealth, include migraines with visual aura such as flashing lights, blind spots, difficulty focusing on things and smoking.

Another 2018 paper published in the American Heart Association journal Stroke concluded that “data linking stroke and OCP (oral contraceptive pill) use in patients with migraine is limited and conflicting”.

All hormonal contraception contains progestin, a synthetic version of the progesterone produced by the body. Progesterone tells the pituitary gland under the brain not to produce the follicle-stimulating hormone (FSH) and luteinising hormone (LH), which are necessary to keep the menstrual cycle going uninterrupted.

Like Ms Lawrence, millions of women take the pill every day. But few give any thought to what taking hormones, one of the fundamental mechanisms for controlling the body, for years can do.

How the pill changes our bodies – and minds

A 2014 study found the brains of women on the pill look different to women off the pill in that they appear more masculine, with women on certain types of pill not as good at coming up with words (usually associated with females), but better at rotating objects (more masculine traits).

Other surprising and little-known side effects of the pill can include the development of typically male characteristics (some pills include male hormones), changing a woman’s body shape and composition; and (minimally) delaying fertility.

Many women worry taking the pill will cause weight gain, but there’s no conclusive evidence. However, studies have found women on the pill gain less muscle, and the hormones in the pill can influence fat distribution in the body, which poses an interesting dilemma for gym junkies.

As for fertility, there is only little (if any) difference between those who do and don't use hormonal contraception.

“On average, there may be a very small delay in fertility once you get off the pill,” says Dr Kathleen McNamee, medical director at Family Planning Victoria.

President of the Royal Australian College of General Practitioners Dr Harry Nespolon agrees: while there may be a lag in fertility after getting off the pill, “it’s not as bad as it’s made out to be”.

“A lot of women will have months they don't ovulate, and some women take a while to get their periods back, so while it's not quite as predictable as getting off an IUD, it’s not as bad as people make it out to be,” he says.

Experts worry that the tendency to focus on a small amount of bad experiences … is illustrative of “alarmist” discourse around the pill.

Dr Nespolon says, once upon a time, doctors used to recommend a “pill holiday” if women had been on taking it for more than 10 years.

“And do you know what happened during this holiday? Women got pregnant."

While the above side-effects have been observed in some women, the reality is, they’re in the (significant) minority.

Experts worry that the tendency to focus on a small amount of bad experiences of some women is illustrative of the “alarmist” discourse around the pill, which, despite being one of the most studied forms of medication, still confuses women – and some doctors.

“The pill has been around since the 60s, and millions of women take these products all over the world,” says Professor Danielle Mazza, a practicing GP and the lead investigator of The Australian Contraceptive Choice Project, a four-year project aimed at increasing the uptake of long-acting reversible contraception (LARCs) among Australian women.

“My view is that they are safe products, they’re useful products, and that every woman is an individual who needs to carefully consider all birth control options to fit with her medical history and priorities."

Sophie Thomas, 25, has been on the pill since she was 16, and is frustrated at the misinformation that media, her friends and even some doctors continue to pedal.

“I got on the pill because not for contraceptive reason, but because I had such terrible period pains I would wake up at 3am for the first three days and cry for hours,” she recalls.

“So I saw the doctor, who put me on the pill, and since then, I’ve never had such period pain again.”

Ms Thomas says being able to control your periods, fertility and even skin (she used to break out before the pill) is priceless, and that people who “go out and scare other women” about the pill need to stop.

“Most people who take the pill are fine, but the few who aren’t are always in the media, which just adds to the misinformation,” she says.

Professor Mazza couldn’t agree more. “Clinically, most doctors would agree that the majority of women who take the pill have no issues,” she says.

“There is very small proportion of women who are sensitive to the oestrogen component of the pill, and who will say they experience lower mood, or lower libido when they use the pill.

“I explain all this to my patients and say let’s just try this pill for three months, and see how we go. I don’t get hung up on all the possible side effects: all women are different, and you can't say all women who take the pill will become depressed etc."

She says it’s crucial that women make decisions from a position of informed choice, which includes working with their GP, who should be across all the latest technology and research in the reproductive and sexual health space.

For women who still worry that being on the pill for years will somehow change their body, Dr McNamee says to rest easy.

“Long term studies, some of them tracking women’s lives for up to 40 years, found there is no increase in risk of dying if you’re on the pill,” Dr McNamee says.

“There is also a slight reduction in the overall risk of cancer if you’re on the pill, despite some more recent research showing a very small increase in breast cancer.”