How stressed are you? Scientists may soon be able to find out by looking at your HAIR

Feeling stressed can leave you tearing your hair out.

But scientists may now be able to detect how much pressure you really are under by inspecting the locks themselves.

Researchers have found they can accurately detect cortisol — the body’s main stress hormone — levels in your hair.

Until now, scientists could only spot the stress hormone in blood, urine or saliva.

The team said the results suggest measuring the hormone in hair can be a good way of identifying chronic stress.

The condition can, over time, cause anxiety, insomnia, high blood pressure and even a weakened immune system. 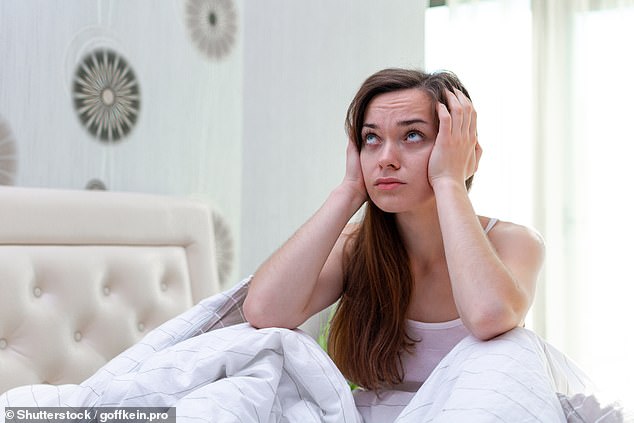 A study of nearly 1,300 women in Mexico and Iceland found the top fifth stressed people had nearly a quarter more cortisol concentrated in their hair than those in the bottom fifth

Although stress is not the only reason it is produced, it has been termed the ‘stress hormone’ because it is released when the body is in ‘fight or flight’ mode.

It is produced in the kidneys secreted into the bloodstream.

Normally, the body produces higher levels in the morning and lower at night.

But if levels stay too high for too long, it can cause a range of health problems, including anxiety, depression, heart disease and trouble sleeping.

It can also cause a condition called Cushing syndrome that causes rapid weight gain, skin that bruises easily, muscle weakness and diabetes.

The study, published in  PLOS Global Public Health, analysed hair samples from 881 women in Mexico and 398 women in Iceland.

Researchers took the hair from the root and analysed the 3cm-long section closest to their scalp in a machine.

Hair grows 1cm per month, so the area represented the last three months.

The same women were then given a 10-item survey asking them how stressed they felt they were.

Questions asked them the degree to which they ‘found their lives unpredictable, uncontrollable and over-loading’.

They answered on a five-point scale and researchers split the respondents into five groups based on their total scores, which indicated how stressed they were.

Women who scored in the top fifth for stress levels had 24.3 per cent higher cortisol levels than those in the bottom fifth, results showed.

Study author Dr Rebekka Lynch, of the University of Reykjavik, said it suggests that measuring cortisol in hair could hold promise in diagnosing chronic stress.

The researchers wrote: ‘An association between perceived stress and [hair cortisol concentration] was found in a sample of women from two diverse geographical and cultural backgrounds.

‘[It supports] the hypothesis that [hair cortisol concentration] is a viable biomarker in studies of chronic psychological stress.’

Although stress is not the only reason it is produced, it has been termed the ‘stress hormone’ because it is released when the body is in ‘fight or flight’ mode.

Normally, the body produces higher levels in the morning and lower at night.