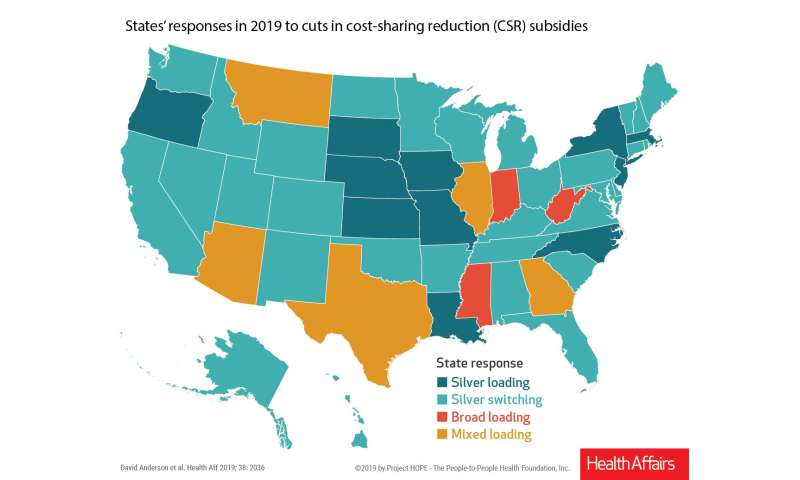 People in rural areas of the U.S. who receive subsidies to buy health insurance in the Health Insurance Marketplaces pay less in premiums than their counterparts in urban areas, a flip that occurred in 2018 and has been widening since, according to an analysis by University of Pittsburgh, Duke University and University of Minnesota health policy scientists.

The study, published online today and scheduled for the December issue of the journal Health Affairs, did not find a similar rural-urban flip in premium costs for people buying health insurance in the Marketplaces without subsidies, a group for whom premium costs have nearly doubled in the past five years. The change is the unanticipated consequence of the Trump Administration’s 2017 cut of the Affordable Care Act’s cost-sharing reduction payments to health insurers.

“There’s this narrative that, until recently, was correct: Rural populations did not enjoy the same improved health plan affordability under the ACA as people living in cities,” said senior author Coleman Drake, Ph.D., assistant professor in the Pitt Graduate School of Public Health’s Department of Health Policy and Management. “Now we’re finding that, at least for subsidized enrollees, that’s not true anymore.”

The federal government provides tax credits to offset insurance premium costs for people with incomes of between 100% and 400% of the federal poverty level who buy health insurance through HealthCare.gov or similar state-based marketplaces. 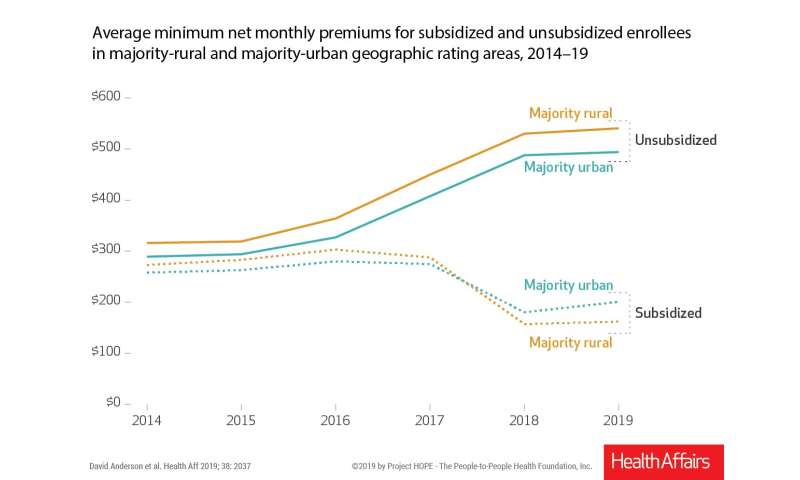 Drake and his co-authors—David Anderson, M.S., research associate at the Duke-Margolis Center for Health Policy, and Jean Abraham, Ph.D., Wegmiller Professor of Healthcare Administration at the University of Minnesota School of Public Health—used information from 2014 to 2019 from the Robert Wood Johnson Foundation’s Health Insurance Exchange Compare database and several other data sources to explore how premiums were affected as states adjusted to the end of funding for Cost Sharing Reduction (CSR) subsidies for the 2018 plan year.

“This is largely the result of states adopting what is known as ‘silver switching’ or ‘silver loading,’ which are methods to compensate for CSR payment termination that lead to more affordable insurance for some consumers,” Anderson said. “States, such as West Virginia, Mississippi and Indiana, that have not put CSR costs into silver plans are seeing higher premiums for their citizens.”

The research team concluded that rural subsidized enrollees experienced the greatest benefit of the silver loading that resulted from the CSR cuts because they were much more likely to be served in a market by a single insurer. Monopolist insurers tend to structure their plans’ pricing in a manner that maximizes the benefits of silver loading.