My Kitchen Rules judge Pete Evans has endorsed a podcast supporting anti-vaxxer views, which actively encouraged parents to not listen to doctors' calls to vaccinate their children.

In a post on his Facebook page on Wednesday evening, Evans, who is known for promoting controversial views on health and wellness, pointed his 1.5 million followers to a podcast interview with US anti-vaccination campaigner Dr Sherri Tenpenny. 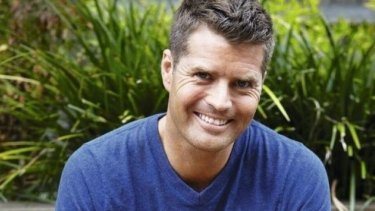 Evans described the podcast, titled "Vaccines: life, disability or death?", as "one of the most important podcasts to listen to".

"Thanks [podcast host Paul Chek] for asking the questions that need to be asked about vaccines and medicine," he wrote, followed by heart and prayer emoji.

Chek is a "holistic wellness" consultant, who studied "functional medicine training" with Dr Tenpenny, an osteopath, in the 2000s.

"When you see an unvaccinated child, they're inquisitive, they're bright," Dr Tenpenny said in the interview. "They have normal body rhythms, meaning they go to bed on time, they're growing normally, they don't have snotty, runny noses, they're not sick."

In the podcast, Chek alleged nurses used "scare tactics" while advising him to vaccinate his children, claiming there was a "mountain of evidence" to support Dr Tenpenny's claims and that people need to stop listening to doctors' advice "like it is gospel".

"They're putting pressure on us like we're some kind of half-parent," Chek added.

Earlier this month, a decade-long study debunked the myth that childhood vaccinations, particularly the MMR vaccine, can cause autism, a view Dr Tenpenny has previously endorsed.

Dr Tenpenny had planned to tour Australia in 2015, however the tour was cancelled following a campaign by pro-vaccination group, Stop the AVN, with organisers stating they could "no longer guarantee the safety of those attending the seminar".

"As a highly recognised chef, Pete Evans has a lot of expertise in the kitchen but none whatoever when it comes to vaccination," he said, adding that Evans "should keep out of this discussion all together and leave it to the medical experts".

"Research has shown without a shadow of a doubt that vaccination saves lives and has a good part to play in public health messaging."

It is not the first time Evans has attracted controversy for his views on health.

He made headlines in 2015 when he co-authored a cookbook containing paleo recipes for babies, while a 2017 Netflix documentary narrated and produced by Evans featured interviews claiming the ketogenic diet could alleviate both asthma and autism.

In January, claims made by Alka Power, a brand of alkaline water endorsed by Evans, that their product increased bone density were found to be incorrect and a breach of the food and beverages advertising code.

Evans did not immediately respond to requests for comment.