Teenagers who have good relationships with their families are less depressed later in life, study finds

Having a good relationship with your family during childhood and teen years may be protective against depression later in life, a new study suggests.

Researchers, from the University of North Carolina at Chapel Hill, found that teens who didn’t argue with their families and said they had a close-knit family unit were less likely to report feeling anxious or sad.

Women, particularly, had double the risk of reporting depressive symptoms if they didn’t have a great relationship with their families – especially early in life.

The team says its study provides evidence that teens who learn problem solving and coping skills from their parents – and ‘knowing there is someone to rely on in times of emotional need’ – are better equipped to handle stress in adulthood. 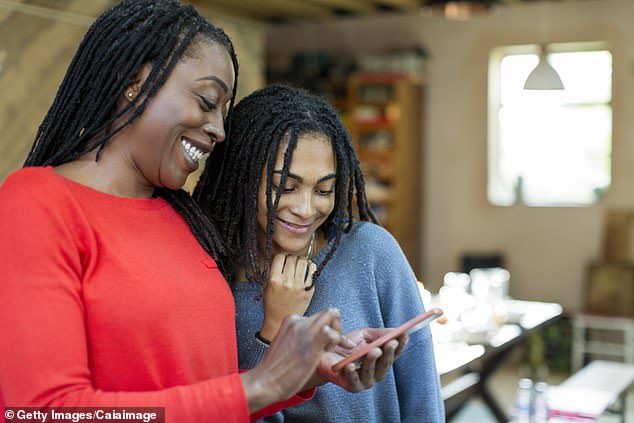 A new study from the University of North Carolina at Chapel Hill found that women were twice as likely to report fewer symptoms of depression if they had good family relationships, particularly in their 20s (file image)

Depression is a serious mood disorder that causes persistent feelings of sadness and affects the ability to go about daily activities.

It often begins during teenage years, with as many as one in 11 cases occurring by age 14, and it may recur during adulthood.

Symptoms of depression, coupled with poor mental health, has been linked to premature deaths from drugs, alcohol and suicide.

While treatment methods have significantly advanced – with new drugs and therapies available – many mental health experts say prevention and early intervention are key.

Several studies have shown that having a strong family unit can help adolescents deal with stress and communicate personal problems.

For the study, published in JAMA Pediatrics, the team recruited 18,000 teens, whom were followed up until between ages 32 and 42.

Depressive symptoms were measured using the CESD-R Scale, which relies on self-reported symptoms experienced in the past week.

Participants were asked on a scale of zero (never) to three (all of the time), how often they struggled to shake the blues, felt depressed and felt sad.

Relationships with family were measured by two markers: family cohesion and the absence of parent-child conflict.

Family cohesion meant how much the child said their family understood them, paid attention to them and had fun, while lack of conflict meant how often the parent and child argued in the past month over behavior.

Results showed that teens who reported more positive family relationships had fewer symptoms of depression and sadness throughout the course of the study.

Women in particular, were about twice as likely to report symptoms of depression if that had negative family relationships compared to positives ones, especially in adolescence and into their early 20s.

The benefits for both men and women leveled out between their 30s and 40s.

Interestingly, researchers found that women had the highest risk of depression during their teen years whereas men had it during their 30s and 40s.

‘Our findings suggest that positive adolescent family relationships continue to be associated with benefits for mental health throughout the transition to adulthood and into midlife,’ the authors wrote.

‘These sources of social and emotional support in early family life likely encourage the development of skills for coping with changing and cumulative stressors…and helping to prevent negative outcomes and premature deaths due to suicide, alcohol, or drugs in middle age.’